It seems like players looking forward to NPCs in Fallout 76 will have to wait a few more months. Bethesda’s post-apocalyptic multiplayer survival title’s landmark Wastelanders update, which would finally bring human NPC quest-givers, will be delayed until 2020. Fortunately, some of its other quality-of-life updates, like Private Servers, are coming very soon.

One of Fallout 76’s most polarising aspects at launch was the near lack of any non-player-controlled characters. Aside from some robot NPCs and vendors and radios that conveyed exposition, every other character in the game was either another player or an enemy. It was an interesting idea in theory, but the lack of meaningful ways for players to interact with each other made it difficult for proper role playing to be done in this multiplayer RPG. In addition, many were looking forward to interesting NPCs from a franchise that has featured many compelling non-player characters.

Well, after over a year following a release beset by more scandals than can be listed here, Bethesda finally caved and promised human NPCs for Fallout 76. The update will introduce human settlers with whom players can select dialogue options and interact with similarly to NPCs in the single player Fallout titles. Furthermore, the update will be free for all Fallout 76 players. However, the update, which was scheduled for this year, will now be pushed back to 2020.

Bethesda have elaborated on the delay in a blog post. In the post, they state that Wastelanders is “going to need more time to be the best, most polished update it can be”, hence the delay. Considering Bethesda’s reputation for pushing its games out the door without adequate bug testing, delaying Wastelanders for quality testing is probably a good move. No points for assuming Bethesda is eager not to repeat some of the mistakes that riddled Fallout 76’s buggy launch. 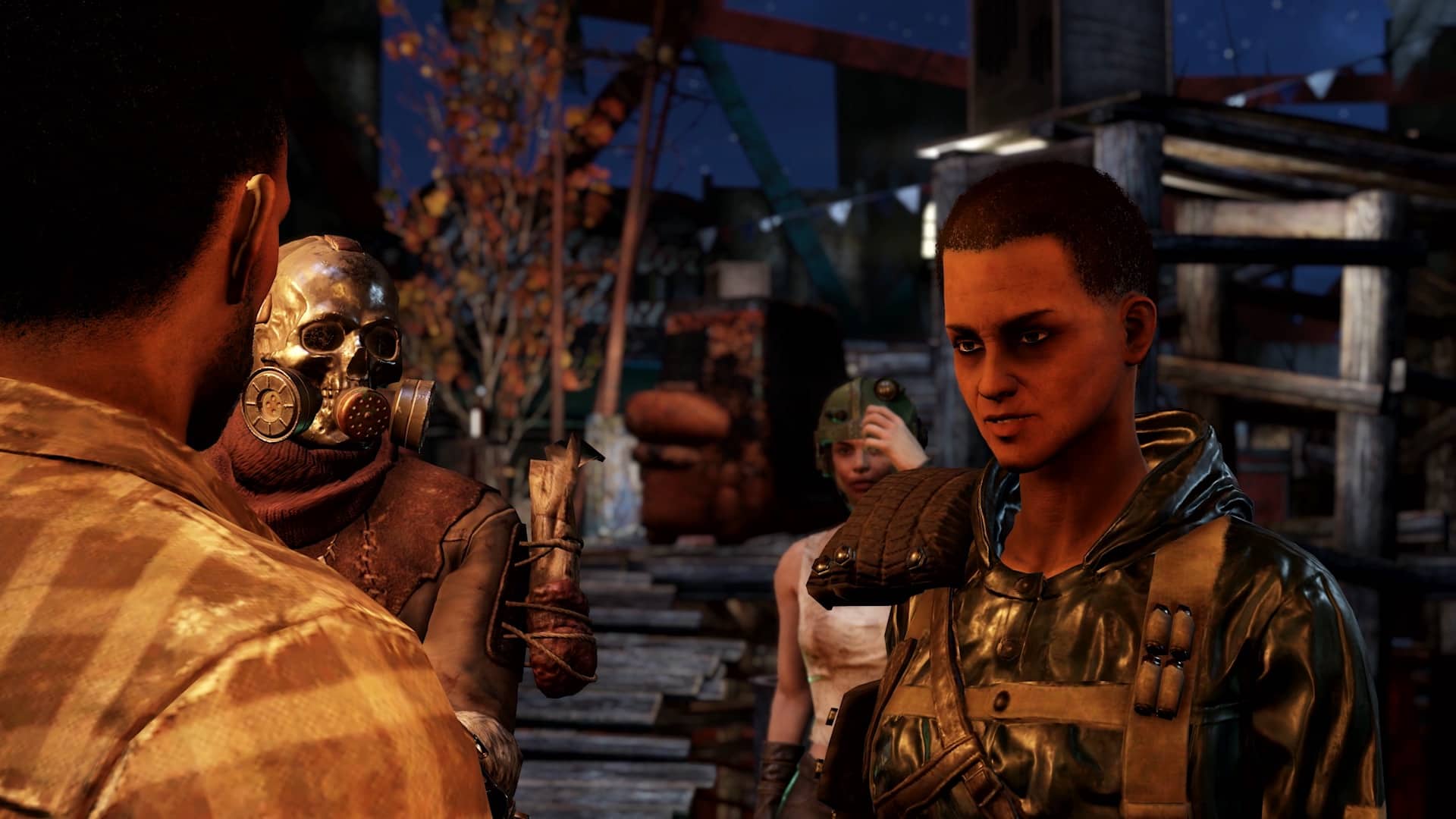 In some lighter news, private servers are also coming to Fallout 76, and should be available by next week. This is a paid service, but will allow friends to play together without worrying about random players crashing in on the party. In the same blog post, Bethesda announced that “in the future you’ll be able to mod your worlds. Stay tuned for more information on the service in the coming days”. Modding an online-only game has always been tricky. That said, if there is something the internet loves, it’s modding open-world Bethesda games.

In a year featuring amazing turnabouts such as No Man’s Sky NEXT, it is hard to say if Fallout 76 can turn things around. It started at such a disadvantage, however Bethesda seems determined to make it work. For instance, the game jumped on the Battle Royale bandwagon with the Nuclear Winter update earlier this year. While we will have to wait a bit longer for human NPCs in Fallout 76, hopefully the added polish will show when they arrive next year.