Considering the title’s phenomenal success, it was inevitable Red Dead Redemption 2 would make it to PC at some point. Rockstar has announced that an enhanced PC port of their open world western will arrive in November 2019. From what we know so far, the PC port will feature enhanced visuals, new bounties, gang hideouts and weapons.

Red Dead Redemption 2 launched on October 26th last year to considerable critical and financial success. The prequel to Rockstar’s original Red Dead Redemption smashed sales records, having the biggest opening weekend of any piece of entertainment media. All of that without launching on the expansive PC gaming market.

This follows the considerable success Rockstar’s previous open world title, Grand Theft Auto V, has had on PC. Launching several months after its original launch on the PS3 and Xbox 360, GTA V on PC featured a first person mode, enhanced visuals and performance, and perhaps most importantly, mods. Although Rockstar has not officially supported mods for the game, GTA V has been a favourite of the modding community, with player-made content ranging from modding in superpowers to letting the player hack technology, Watch Dogs style. I am certain that there are enterprising modders out there eager to do some crazy stuff with Red Dead Redemption 2. 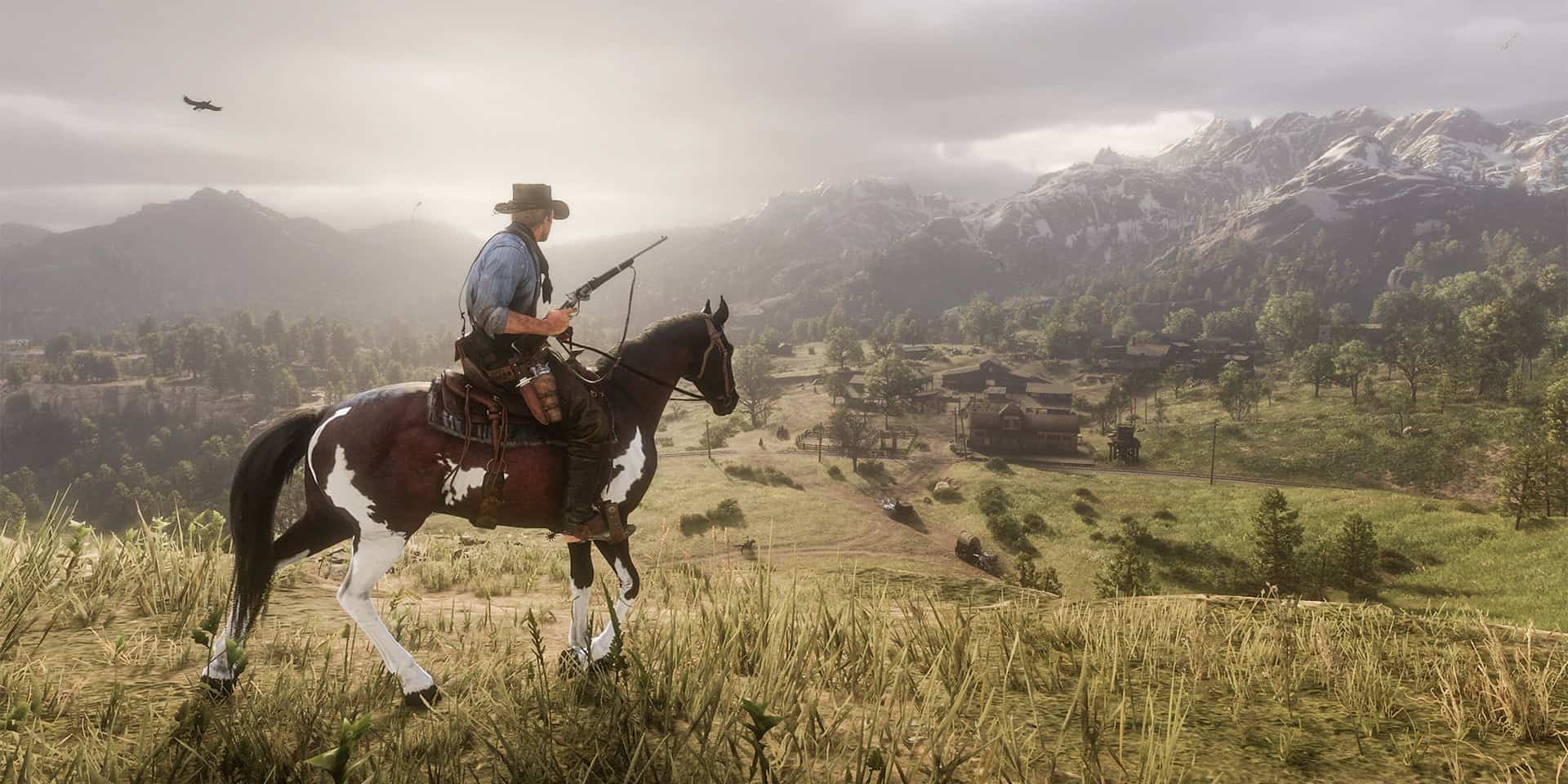 There is still no word on the original Red Dead Redemption making its way to PC or current-gen consoles. Several years ago, Rockstar commented on Red Dead Redemption 1 getting ported to the PC, stating that “whenever it is viable (technically, developmentally and business-wise) for us to release a game for PC (or any other particular platform) — we will and we usually do; unfortunately, that is just not the case 100% of the time for all platforms”. It sounds like there would be some technical hurdles in the way of bringing the original to the PC; until these are overcome, PC players will have to make do with it being available on the PS Now streaming service.

Red Dead Redemption 2 will initially launch on Rockstar’s own PC games launcher, as well as the Epic Games Store, Green Man Gaming and the Humble Store on November 4. It will also arrive on Steam in December. Rockstar have promised some special bonuses to customers who pre-order the game from their launcher. Fortunately, it won’t be too long for Red Dead Redemption 2 to be available on all the major online storefronts. If you are a PC player wanting to know what all the hype has been about, or just want another version of the game with more bells and whistles, Rockstar will have you covered next month.