Cyberpunk 2077, the highly anticipated sci-fi RPG is nearly here. We were lucky enough to check the game out at PAX Australia this year and chat with CD Projekt Red’s John Mamais who shared with us some details about transgender representation, character design, and Keanu Reeves.

The story-driven, open-world RPG is set within a gloomy dystopian future. Players take the role of ‘V’, a nameless and customisable mercenary with a likening for violence and bio-augmentation. Throughout the journey, several player choices will skew the narrative and drive immersion within the world of Cyberpunk 2077.

With three separate events/demos at PAX Aus 2019, not including the exhibition hall section, a lot of the game was on display. From the countless role-playing options and skill trees to Keanu Reeve’s Johnny Silverhand, Night City is certainly the place to be next year. However, there are still many questions we wanted to know. 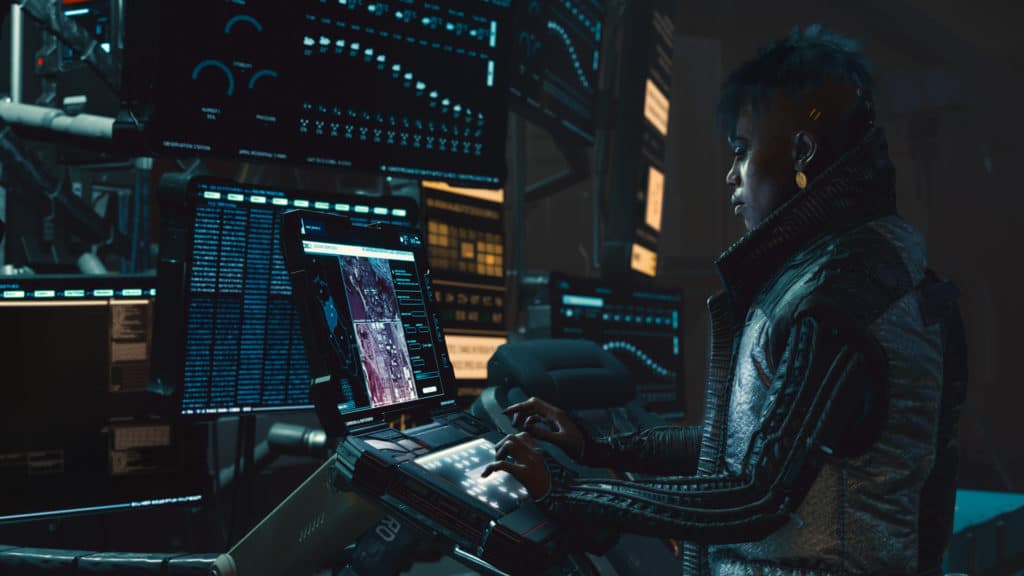 Checkpoint sat down with John Mamais, head of CD Projekt Red’s Krakow studio, and talked all things Cyberpunk. CDPR Krakow is responsible for about a third of the game, including narrative and cinematics. The new ‘Scene System’ creates a fluent transition between cutscenes and gameplay, adding to the immense immersion. Players can control the camera throughout cinematic scenes, allowing a new level of control that keeps you in the experience.

Exploring the world of Night City is going to be an incredible undertaking. With its expansive and sci-fi nature, concerns of repetitive settings or stale assets are valid. Although Mamais eased our worries, stating that the environment artists and designers are using pieces of the world in unique ways. The city has distinct districts that represent their story and characters. Assets like pipes, garbage cans, and signs will match the areas’ feel and purpose.

With controversy regarding gender representation cropping up earlier in the game’s development, we gave Mamais an opportunity to expand on the player’s options in this regard. The customisable character can be and will be gender fluid. Players do not choose a gender, rather they select physical cosmetic components like voice and build. Immersing the player into a blank protagonist and choosing who you want to be seems respectfully designed.

Options like hairstyles, skin tone, tattoos and augmentations will allow players to create who they want to represent. The team at CDPR Krakow consult their diverse staff for first-hand feedback on how they express gender within the game. Regrettably, there was no mention of restricting intentionally offensive customisation options. In the end, it’s up to the individual player to decide their role-playing persona. Choose a character you want to experience or be.

Romance goes hand-in-hand with CD Projekt Red games. Sexual freedom is complimentary to gender fluidity, and Mamais stated that any potential partner is available regardless of the character traits. Players will be able to choose their partners, with full-on intimate scenes, enhancing the story of Cyberpunk 2077. Passionate scenes of which won’t be censored in Australia according to Mamais. Although knowing the Australian Government Classification Board, we’ll have to wait and see. Unfortunately, not all NPCs will be open to romance, so we can only hope Johnny Silverhand is single…

Speaking of, Mamais talked about the fascinating casting of Keanu Reeves. CD Projekt Red wanted to cast someone who fits grimy and edgy Johnny Silverhand appropriately. A designer who was a fan of the actor suggested Reeves and the team fell in love with the idea. Five or six executives flew to Los Angeles to speak with Keanu and his management, pitch the idea, and he absolutely adored it. This stardom in games demonstrates the impact and relevance of gaming narratives in popular media, possibly paving the way for more familiar faces in future projects.