ScoMo Simulator is a free browser game where you play as the Australian Prime Minister doing your very best to maintain public approval during a genuine tragedy. You’ll fly around the country, avoid fire fighters, and look for bonus handshakes and cricket games all whilst lovely Hawaiian music plays in the background. Yep, it’s very much real. And you can check it out here!

“Oh no! You denied funding to the RFS and now Australia is on fire and you’ve f**cked off to Hawaii! Fly back and use thoughts and prayers to put out the fires. If you get a 100% approval rating; then they’ll have to shake you hand.”

“Force Handshake – Get rejected and promptly skedaddle on ya jet.” 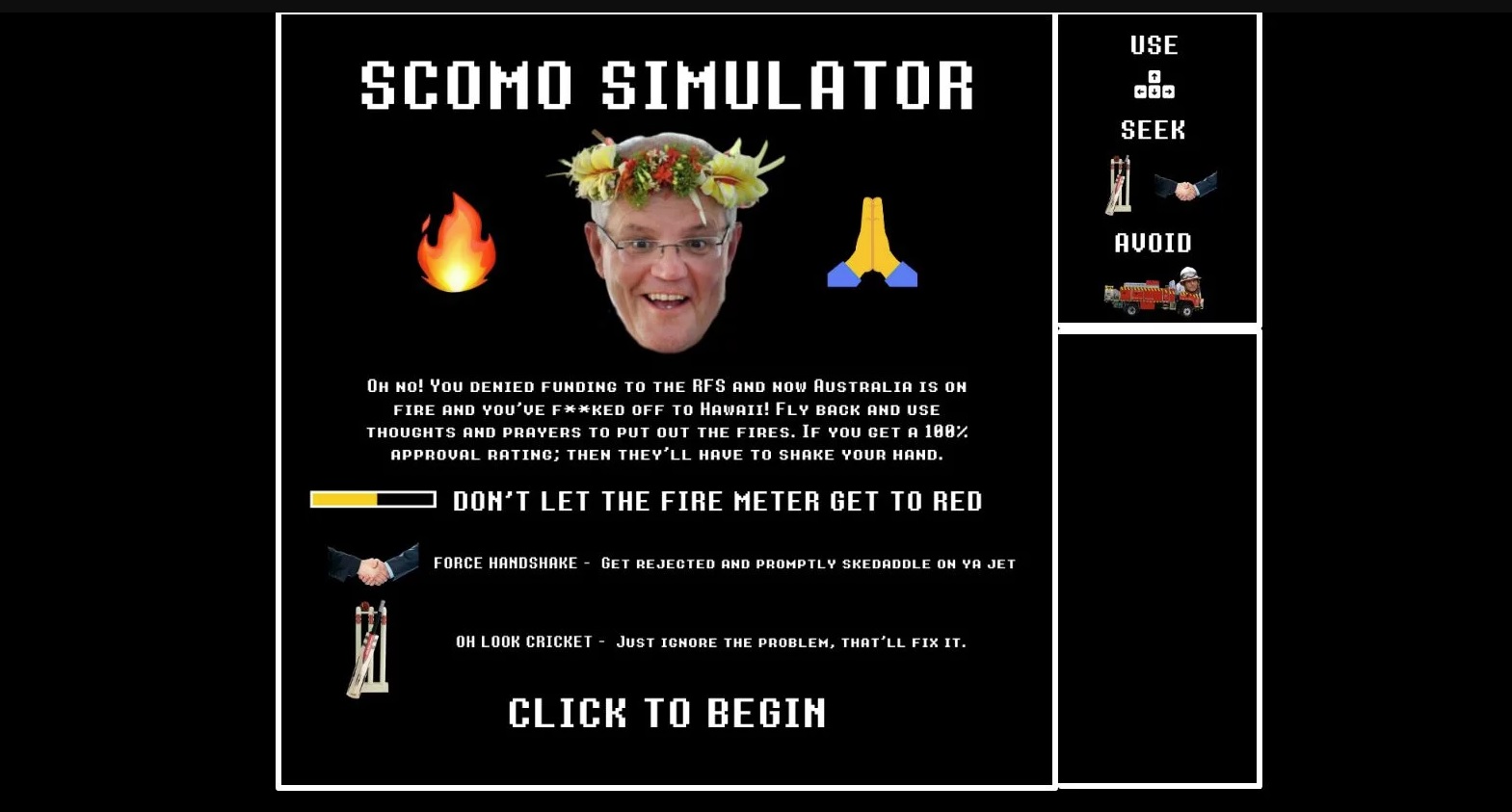 The game plays a lot like the classic mobile game Snake. In ScoMo Simulator however, it’s the fires you want to put out by using your thoughts and prayers, all whilst seeking out those precious cricket games and handshakes. Be sure to avoid the RFS trucks though, because running into one will see former Prime Minister, Tony Abbott, finish you off with his fire vision.

Whilst ScoMo Simulator is a silly concept, it does encapsulate the frustration many Australians are feeling towards our PM in a time of crisis. It’s also a game that is helping to raise money to mend the devastation that’s currently plaguing Australia in the form of bush fires. The page encourages players to donate directly to the New South Wales Rural Fire Service with a link at the bottom of the page. Next to that link is an ‘About’ button that brings up a note from the author: 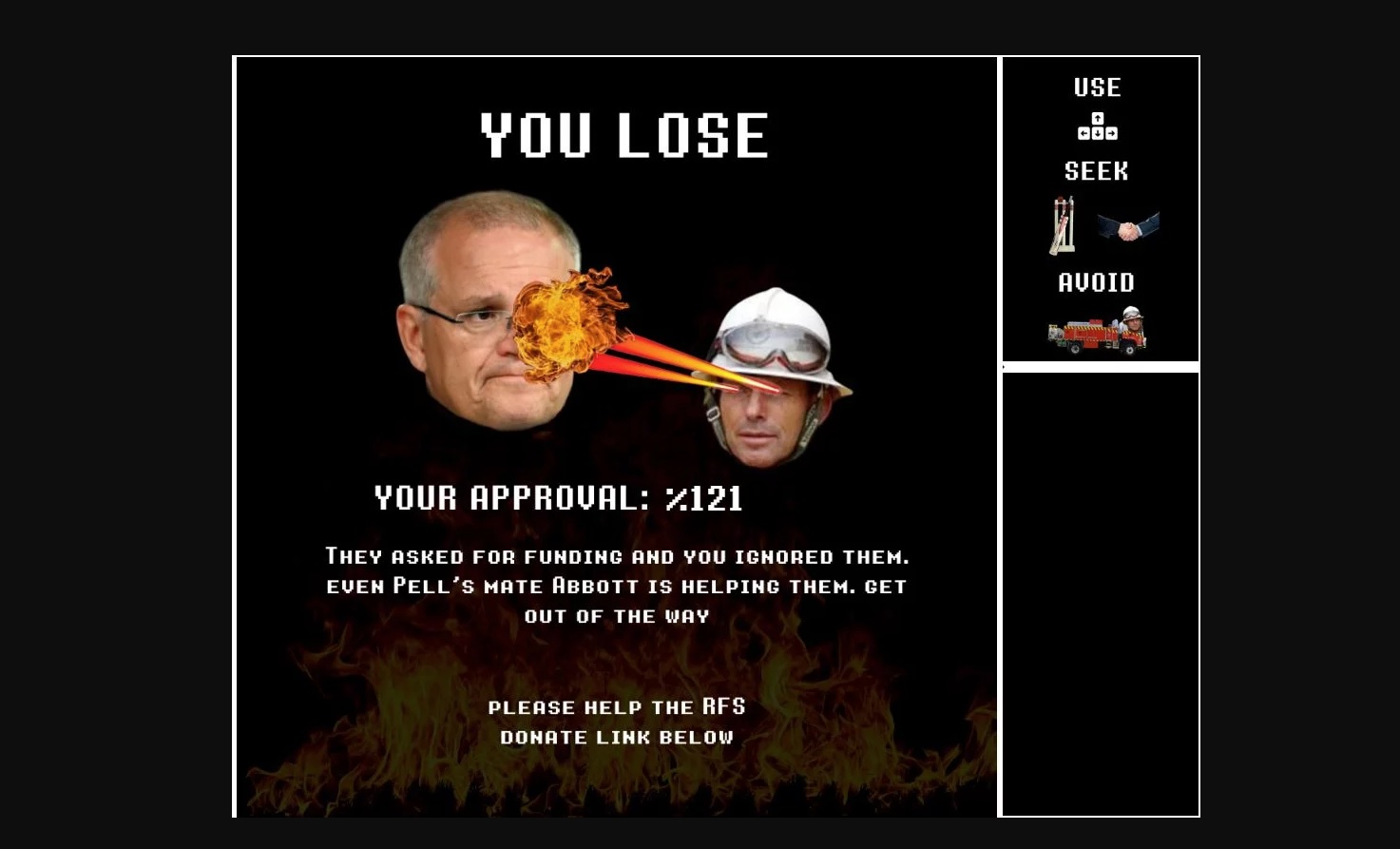 The game creator appears to be a man by the name of Fraser Hemphill. We don’t know much about this maverick yet, but his work has certainly caught our attention. You can play ScoMo Simulator here.

There’s also a bunch of other amazing ways the gaming community is helping to raise money for the Australian bush fire crisis. From a Humble Bundle of great Aussie games to some AAA studios stepping up as well as some streamers and smaller projects doing their bit too. It’s equal parts inspiring to see and devastating at the same time.