The modern port of Doom 64 for the PS4, Xbox One, PC and Nintendo Switch will come with some new, never-before-seen content.

Players who beat the main campaign of the new ports will be rewarded with a new level which will provide new lore “that fans of both series, new and classic, should enjoy”. This announcement is according to senior developer James Haley at Nightdive, the developer handling the porting process.

The revelation of new content was revealed in an interview between developer Nightdive and USGamer.net. According to Haley, the upcoming port will include “a new chapter in the Doomguy’s saga” that can be unlocked by “persistent players”. The new content may play into the upcoming Doom Eternal, for which Doom 64 is also being included as a pre-order bonus. We will have to wait until the new port of Doom 64 is released next week to find out more. Of course, the Doom franchise is no stranger to mods, even mods developed by the official creators of the game. 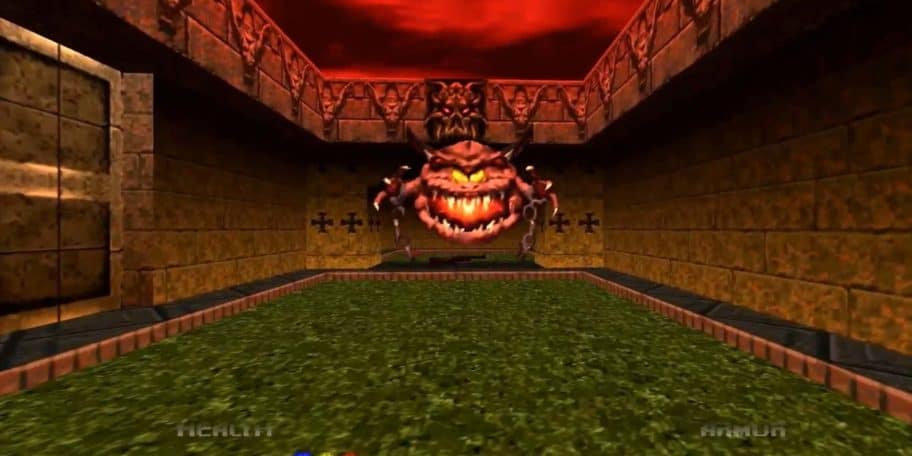 On top of a new chapter, the Doom 64 port is set to include several other improvements. The PS4 and Switch versions will include touch screen and motion-control support for the in-game map. The Xbox One and PC will receive PC and keyboard support. There will also be improved lighting options for modern displays. Players even have the opportunity to choose between red blood, or the green blood featured in the original Japanese release.

The modern port of Doom 64 will be releasing on March 20th, alongside the PS4, Xbox One and PC releases of Doom: Eternal, alongside Animal Crossing: New Horizons of all things. It can also be purchased as a standalone game. Doom 64 will release on the same day for the Nintendo Switch, but the Switch version of Doom Eternal is yet to be announced.