Mortal Kombat 11 continues to provide us with some exciting new characters to deal out some gruesome and gory damage, with Spawn soon to be added to the roster.

Spawn is a fan favourite comic book character that debuted in the early ’90s and almost instantly achieved cult classic status with his unique design, dark back story, and hellish powers. It’s no surprise that he feels right at home within a Mortal Kombat title, and his appearance in this game is certainly a welcome addition to many fans.

Al Simmons, a government assassin, was betrayed one day by a close friend and as a result, made a pact with the devil himself to be able to watch over his family and stake his vengeance. This transformed Al into Spawn and he was imbued with an organic suit that hosted a range of special Hellspawn abilities, including one very iconic flowing red cape.

The gameplay trailer that was recently released gives us a good taste of what to expect from this new addition, and from what is shown he looks to be a very gruesome and entertaining character to play as.

Spawn looks great in Mortal Kombat 11 and his move set really shows off the unique powers that Spawn is known for, my personal favourite being his chains that tear opponents to shreds. You will also be able to attack with more conventional weapons like machine-guns and grenades, allowing you plenty of options to damage your foes. 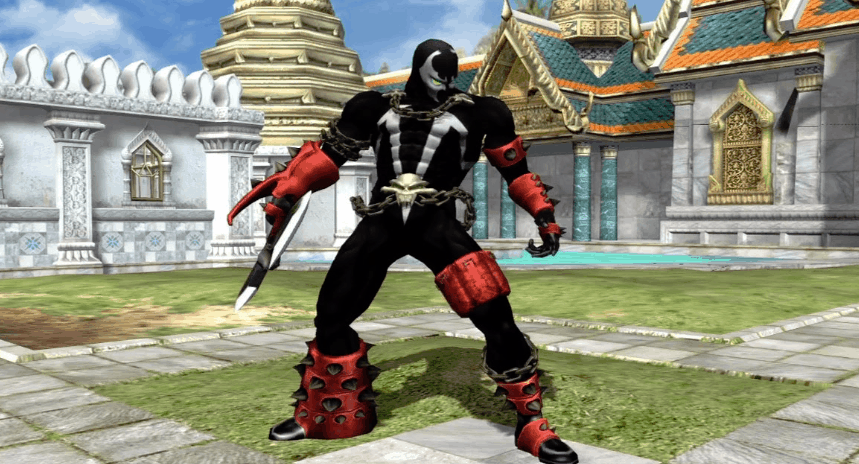 Spawn’s last video game appearance was in Soulcalibur II way back in 2003 (if you don’t count the HD remaster released in 2013), so it is great to see him back in fighting form complete with voiceover work from the always impressive Keith David.

With the previous inclusion of the iconic Terminator, it is exciting to wonder what other characters may make their way into the arena as well. Spawn will officially go live on March 17th in Early Access for PC, PS4, and Xbox One.