Samurai Jack is back with an all new action game

The animated TV series was created by mastermind Genndy Tartakovsky for Cartoon Network. From the brainchild of the Dexter’s Laboratory and Star Wars: Clone Wars era cartoons, the series became a cult hit. Now, the dystopian tale comes to PlayStation 4, Xbox One, PC, and Nintendo Switch. This is the first game since the miserable failure of Samurai Jack: The Shadow of Aku in 2004.

Developers Soleil Ltd. and Adult Swim Games surprised fans dropping a trailer and announcing the game in late February 2020. The video showcases a sleek, vibrant art style that captures the feel of the show within a 3D world. Several levels, enemies, and mechanics raise even more interest in the upcoming release. And, of course, Samurai Jack in all his glory, slashing through Aku’s minions.

Battle Through Time will feature many of the original voice actors of the animated series. Phil Lamarr returns in the starring role, as does Greg Baldwin as Aku and Tara Strong as Ashi. John Dimaggio will voice The Scotsman and Sir Rothchild will be voiced by Rob Paulsen. It seems all hands are on deck to make the best Samurai Jack game they can, with the same honour of Jack himself. 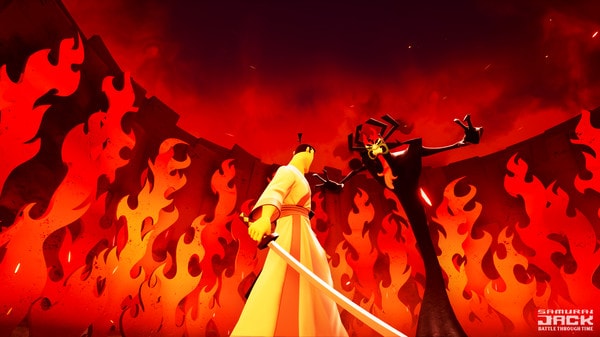 According to Phil Lamarr, the story is based upon the series finale of Samurai Jack. Beginning during his final battle with Aku, the demon changes Jack’s portal home sending him back to the future. Players will encounter many of the samurai’s famous adventures and memorable stories from the animated series, all in sweet, sweet modern graphics and gameplay.

It seems a resurgence in this era of cartoons is happening among video games. Spongebob: Battle for Bikini Bottom is getting a remake and not long ago Dragon Ball: Kakarot released to mixed reviews. You know what they say, everything comes in cycles… and looks like it’s late 90s-early 00s cartoon nostalgia time. 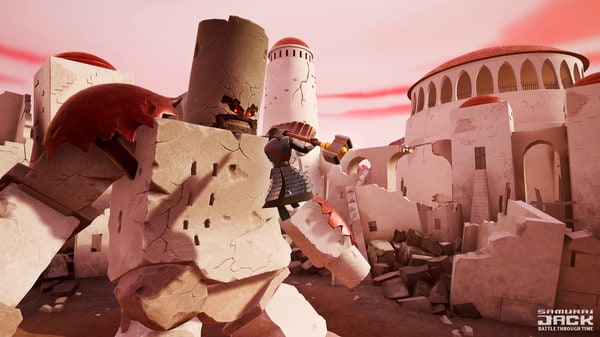 Looking to know more about upcoming remakes and cartoon games? Want to know when Courage the Cowardly Dog gets his new game? Follow us on social media, listen to our antics on our podcast and radio show, or keep reading on the website.