Fans of the Paper Mario series rejoice: Nintendo has announced the upcoming release of Paper Mario: The Origami King, a new adventure for the Nintendo Switch. This latest Paper Mario title will see our 2D hero come up against the titular king as the Mushroom Kingdom is invaded by an army of Folded Soldiers. Fans won’t have too long to wait for its release as well, as it will be with us in just a couple of months.

In this upcoming adventure, Mario and Luigi are invited by Princess Peach to her castle. Upon arrival, they find that she has been converted into origami by King Olly, king of the Origami Kingdom! Mario must team up with King Olly’s sister Olivia and traverse a converted Mushroom Kingdom to liberate Peach’s Castle and save his home.

There seems to be more of a focus on open environments, with the trailer featuring the paper plumber travelling around in a boat and a car. Paper Mario also has the arm-extending 1,000-Fold Arms ability, which he can use to uncover secrets out of battle. The Paper Mario franchises’ signature emphasis on comedy seems to be intact, fortunately. 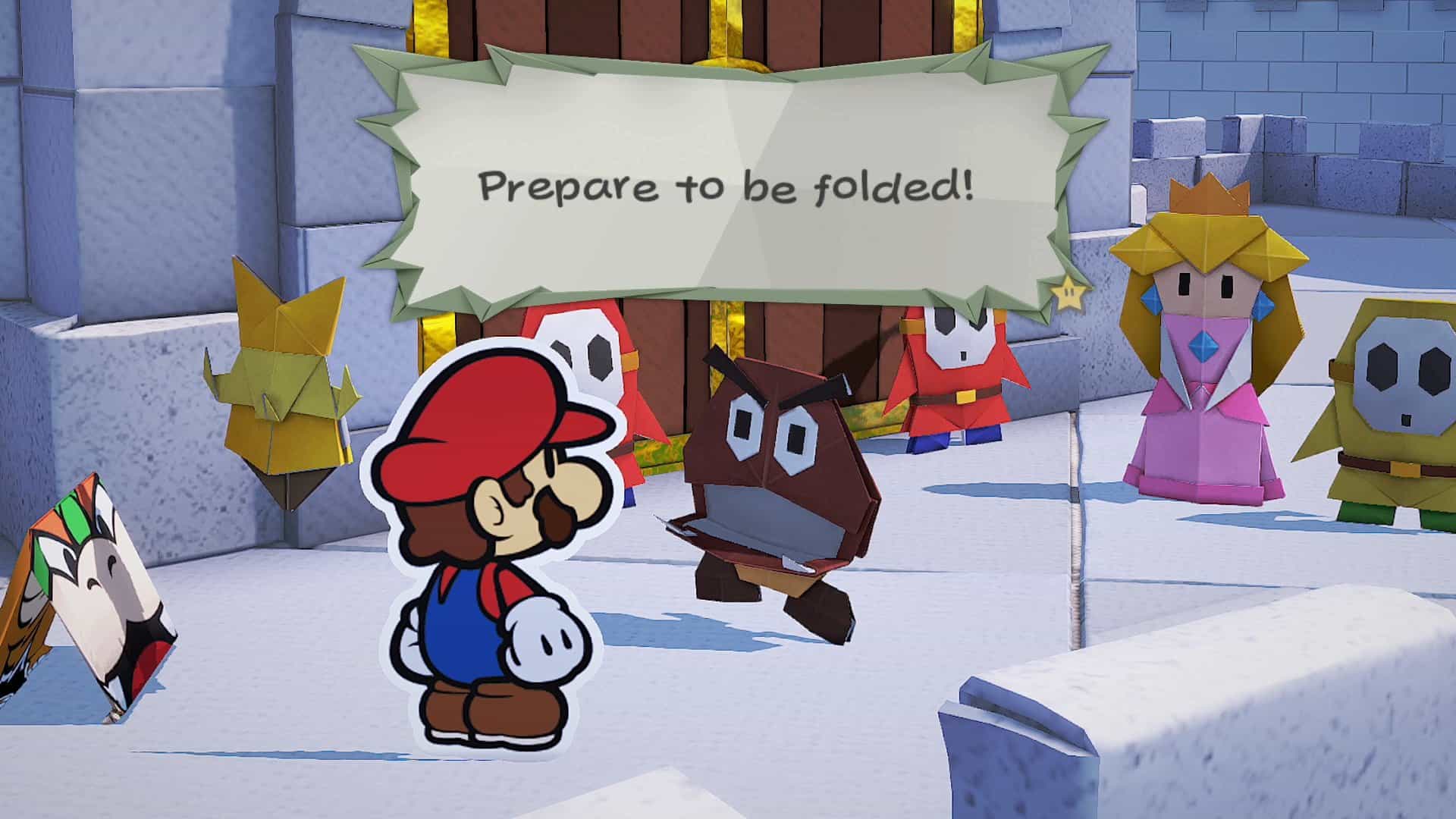 The game’s combat appears to be trying a new battle system reminiscent of the turn-based fights in previous installments. In The Origami King, Paper Mario fights his opponents in a ring-shaped arena, and can line enemies up to maximise his damage multiplier. The Paper Mario series has often tried to experiment with its battle systems, not always to great success. Hopefully Paper Mario: The Origami King will live up to fans expectations.

The best news of all is that Paper Mario: The Origami King is not far from release. The game is set to release on Nintendo Switch on July 17, 2020. I don’t know what it was that originally compelled Nintendo to ever start combining its famous intellectual property with arts and crafts, but if they keep on making great games, I am not going to complain.