Hit dinosaur FPS series Turok may be long dormant at this point, but that doesn’t mean there aren’t new ideas to help fill that void. Second Extinction, an FPS co-op game that sees you teaming up in squads of 3 to take on the prehistoric threat, looks to be the latest game achieving that.

Announced like many games at the most recent Inside Xbox event, Second Extinction will be coming to the Xbox Series X. Earth has fallen: dinosaurs, some even alien-like in nature, rule all. To save humanity, squads must be rallied and heroes must rise. This trailer quite competently showed off some neat environments within the game, all due to look gorgeous on the Series X. Snowy mountains and gaseous plains were just some of what we got a glimpse of.

Gunplay looks frenetic and fun, with shotguns, assault rifles, miniguns and explosives making up a deadly arsenal. Expect some real punchy shots and heated combat ahead of you. Thankfully, a squad present will be fantastic in covering your six. 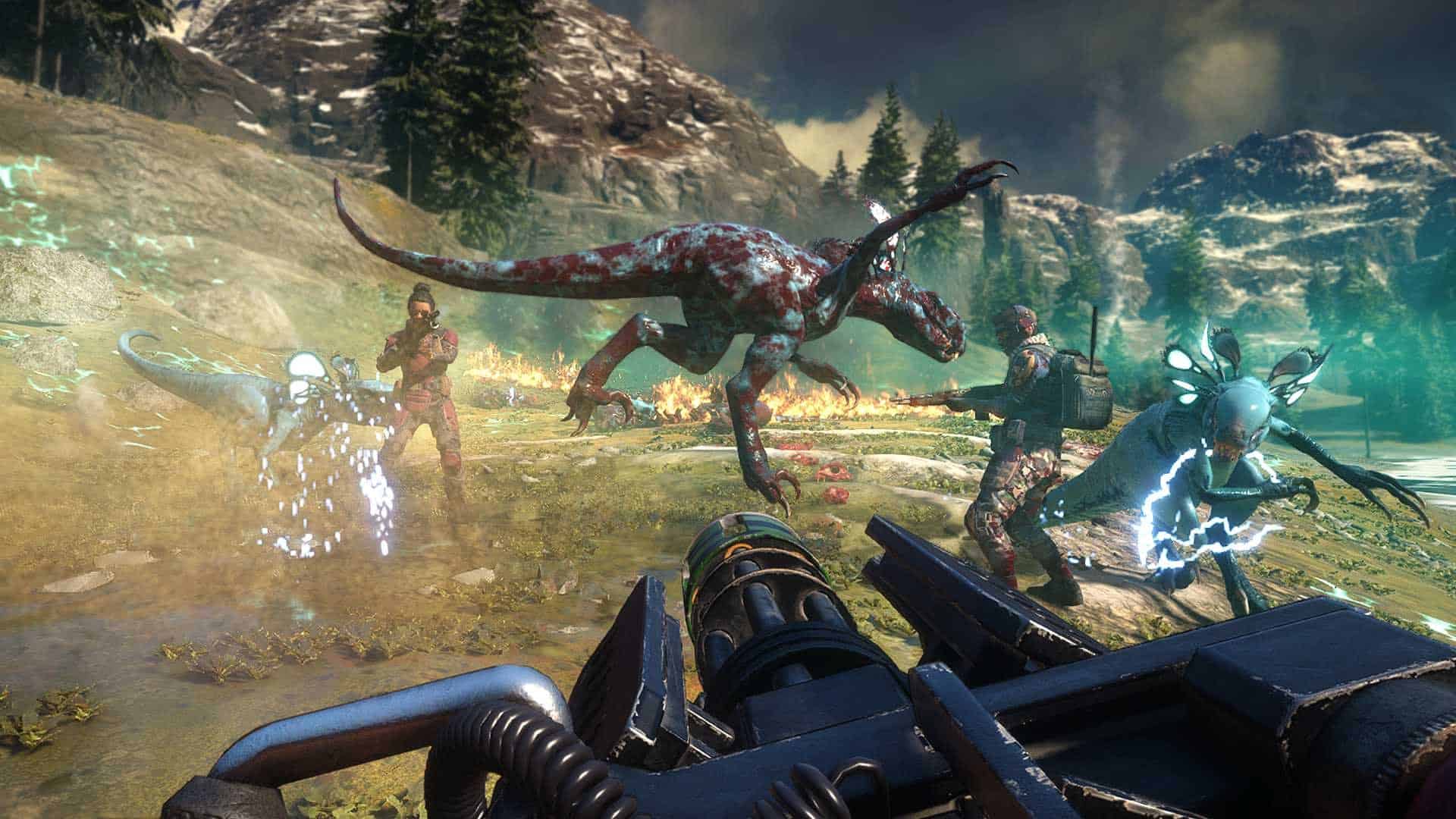 Second Extinction is made by Systemic Reaction, the division of Avalanche Studios that made Generation Zero. It’s currently only known to be being released on Xbox One, Xbox Series X and PC. You can sign up for the PC beta of the game here.