Age of Sigmar is Games Workshop’s current fantasy tabletop miniatures game. It originally replaced Warhammer Fantasy Battles in 2015, and then released a second edition in 2018. Games Workshop have previously worked with UK-based Creative Assembly for the Total War: Warhammer games, to great success.

Frontier Developments CEO David Braben seems excited about the potential of the collaboration. “We are delighted to announce this licence with Games Workshop,” he states in the document.  “I personally think it’s great news that two such well-established and world-class creative UK companies with global reach are collaborating on a new project.  We look forward to working closely with the team at Games Workshop to bring the rich world of Warhammer Age of Sigmar to a wide audience through an immersive and accessible real-time strategy game on both PC and console.” 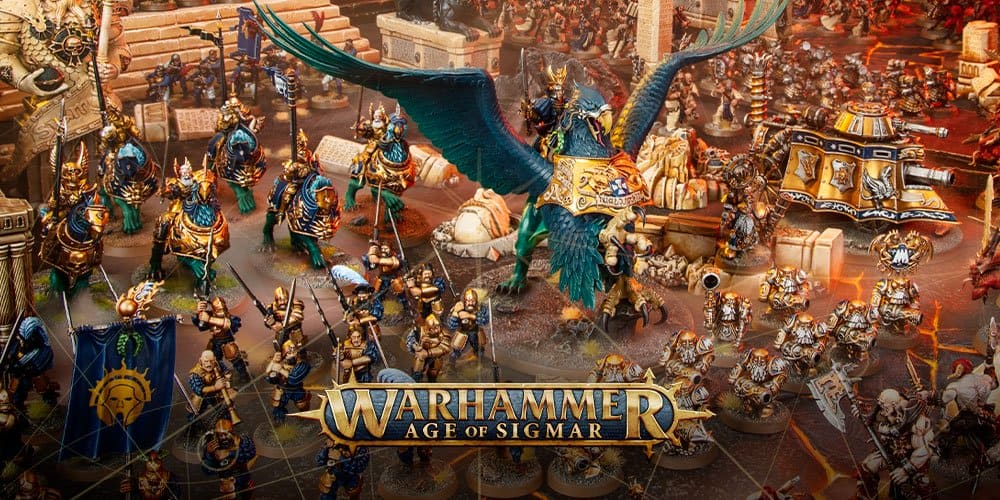 The Age of Sigmar setting is potentially well-suited to the RTS genre. There are already four distinct factions: Order, Chaos, Death, and Destruction. There are both races from both classic fantasy and Age of Sigmar, and a variety of different units. Planet Frontier isn’t the most intuitive choice of developer for an RTS game, having experience mostly in developing simulation games like Elite: Dangerous, Jurassic Park: Evolution and Planet Zoo. Jon Gillard, Head of Global Licensing at Games Workshop, seems optimistic about Frontier’s skills, citing their “incredible heritage” and “innovative and highly polished development capability”.

It will be a while before Frontier Developments’ Age of Sigmar project hits shelves, however. Their current plan is to release it in the 2023 fiscal year. Games Workshop’s properties have been reliable sources of great games, both of the action and strategy variety. Frontier Developments is sure to release more information down the track as development of the game progresses.