Originally announced back at E3 2019, Deathloop got a new showing during Sony’s PS5 reveal event this morning. The game comes to us from Arkane Studios, best known for the Dishonored series as well as 2017’s Prey.

We got to see gameplay for Deathloop for the first tiome this morning and it was honestly an extraordinary showcase. Two assassins caught in a timeloop that resets after every death. It’s like a morbid Groundhog Day. Deathloop appears to be a stylish action game of hunt or be hunted. The game’s Dishonored influences are apparent with supernatural abilities cutting through the first person shooting. Stealth and vantage points also seem to be crucial elements as you do whatever you can to survive until death eventually and inevitably catches up to you.

Check out the gameplay trailer below!

The concept behind Deathloop is absolutely fascianting. The two assasins are Colt and Julianna. Both characters are stuck within the timeloop but both have conflicting goals. Colt needs to hunt and kill eight targets whilst survivng a world that is out to get him. If he fails, he restarts. Julianna needs to stop Colt to prevent him from breaking the timeloop and so she’ll pop up to assassinate him at any given moment during his mission. The best part? Both characters are controlled by real players.

Deathloop is an asymmetric multuplayer game but it’s also perhaps the most inventive and intriguing asymmetric multiplayer game I’ve ever heard of. For those less interested in the multiplayer element, you’ll be happy to hear that Julianna can be controlled by an AI instead so that you can enjoy the experience offline in singleplayer. 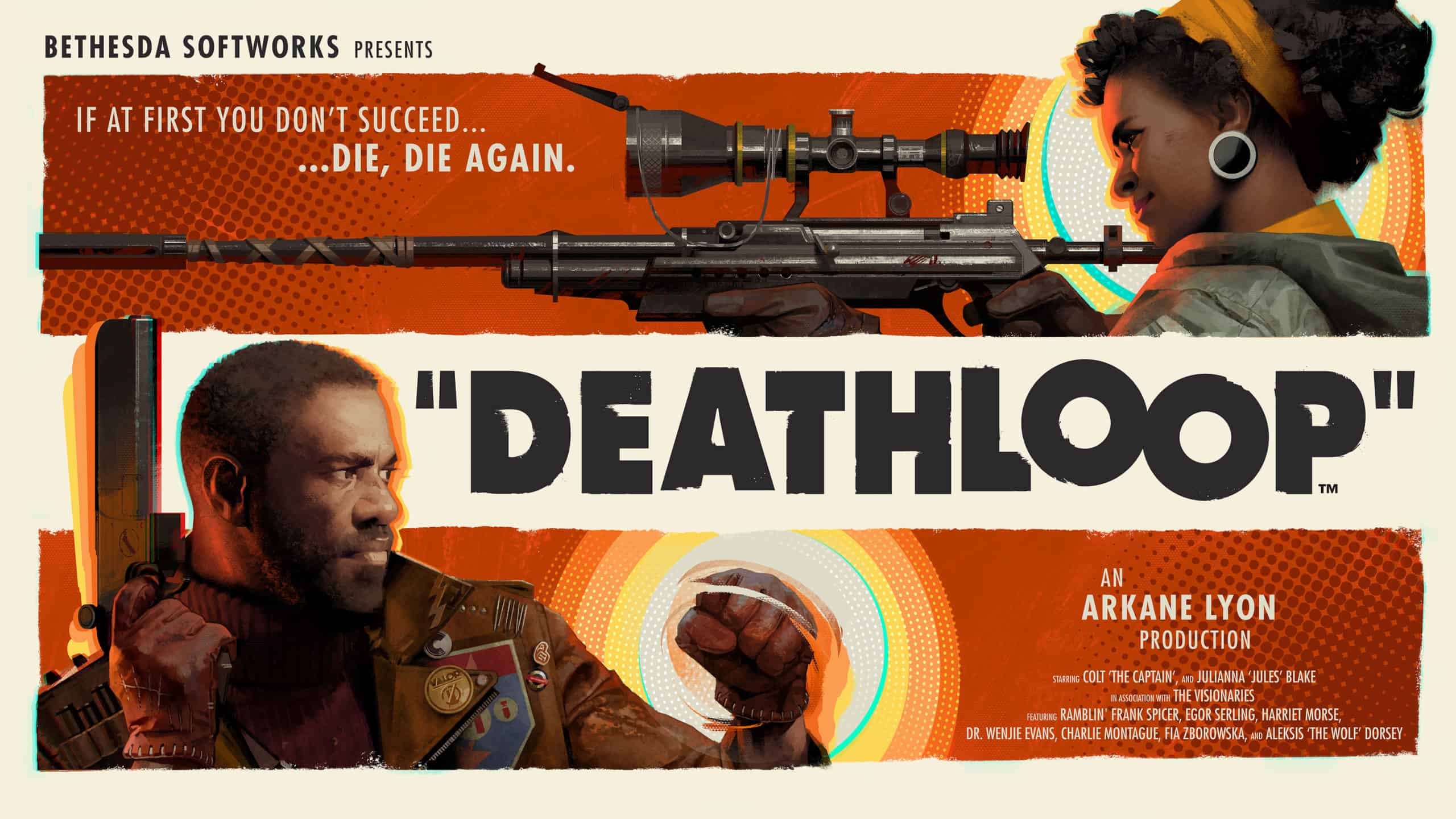 It’s also fantastic to see this game’s protagonists are two people of colour. With all of the animosity and protesting happening around the world surrounding the Black lives Matter movement, having this kind of representation is so important. It’s still so rare to have diverse characters taking the protagonist position, hopefully this is a sign of positive change for the future of the gaming industry.

According to the PlayStation blog, Deathloop will be arriving to PC and PS5 holiday this year. That lines it up perfectly to be a launch title for Sony’s platform. Interestingly, the game is apparently a console exclusive for the PlayStation despite Arkane’s previous games releasing across all platforms.