The little Untitled Goose Game that could is receiving a full vinyl record release thanks to its incredible success and cult gaggle following.

Melbourne composer and academic Dan Golding announced the double-grooved vinyl via Twitter. This means the record plays tracks randomly, without a set order, a unique feature that is a world-first for Goose music. This reflects the sound engineering in the game, where the score will mirror the Goose action and movements.

So here’s something incredibly cool we’ve been working on: Untitled Goose Game’s soundtrack is coming to vinyl thanks to @iam8bit @house_house_

I’ve always wanted to make a vinyl, and this is the best possible way to do it.

This is not just any old vinyl. pic.twitter.com/S0w7DmFacd

Untitled Goose Game released last year from the Melbourne indie-developers House House. It’s a simple game about a Goose, a town, and a bunch of hijinks and cause/effect puzzles. We thought the game was an amazingly fun time, and so did the rest of the world. The project took home various awards including GDC 2020 Game of the Year.

Dan Golding adapted the music from French composer Claude Debussy. The 20th Century masterpiece Préludes superbly sets the backdrop of the melodic anarchy that is the Untitled Goose Game. Golding was able to deconstruct it and the team at House House used snippets to pull together a dynamic score that matches the action in the game. 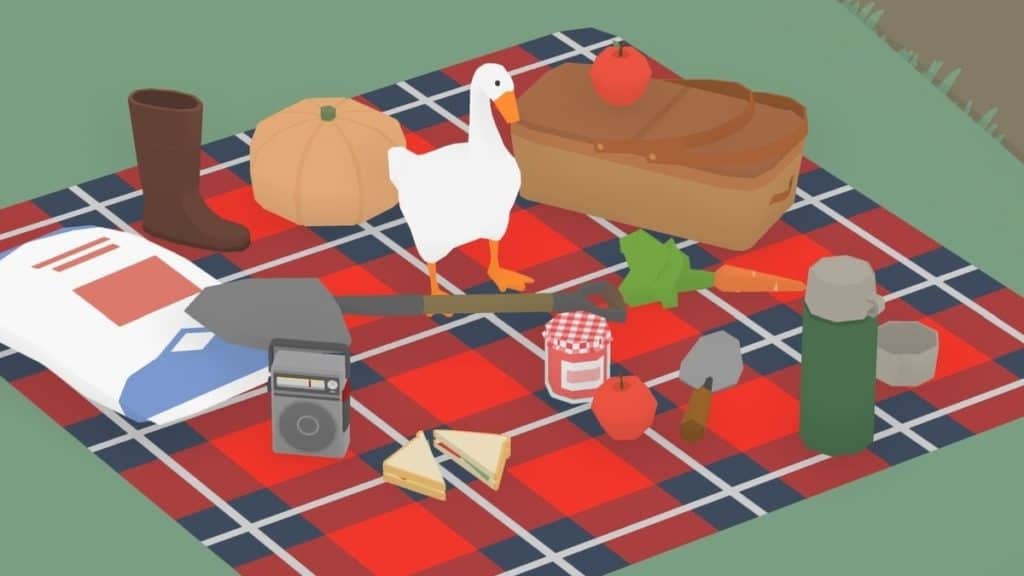 The vinyl and cover itself are being made using 100% reclaimed and recycled materials. This means every copy of the release will be a surprise colour. The team behind Untitled Goose Game have always maintained a give-back approach, donating profits of their immensely successful game to indigenous groups of Australia.

The score can be picked up from iam8bit website for only $30, shipping planned sometime in the last quarter of 2020. In the meantime, you can listen to the full Untitled Goose Game soundtrack via streaming services or buy the game and experience it in all its feathery glory. Do yourself a favour and celebrating a honking good piece of music and game audio with this physical release.