League of Geeks partners with Private Division for a new game

League of Geeks has nailed a partnership with Private Division to develop a new game and intellectual property. The Melbourne studio is among three new indie developers the publisher has added to their roster.

News is out that @LeagueofGeeks has teamed up with the awesome crew at @PrivateDivision !! I'm buzzin! Feelin' that energy, going make some good game 🙂 https://t.co/VilTtnpTBh

The subsidiary of Take-Two Interactive Software, Private Division is expanding its portfolio with the teams behind some of the biggest indie games to date. Along with League of Geeks, Roll7 and Moon Studios are now partnered.

League of Geeks was founded in 2011 by Melbournians Trent Kusters, Blake Mizzi, and Ty Carey. The team has been working on various projects throughout the years, finding astounding success with digital board game Armello. The studio aims to use this partnership to launch their next exciting project and launch another fantastic Australian-made game.

Blake Mizzi explained, “It’s equally important for us to build games with heart that can rally and foster a dedicated community of players… This partnership provides the opportunity for us to grow our studio alongside our ambitions to create something beyond anything we’ve developed before.”

Huge publishing deals of this size aren’t common in Australia. As the world is slowly learning the brilliance of Aussie games with the likes of Untitled Goose Game, Florence, and Hollow Knight, there seems to be a growing demand for our intuitive projects.

Not only that, but this partnership will help express the ideas and work of many diverse and non-binary people. League of Geeks has always had diverse voices and developers in their forefront, with their team being built-up of a variety of perspectives and experiences. The team is currently hiring if you’re in Melbourne, have a story to tell, and looking to get into game development.

Roll7 is a London studio known for the OlliOlli series and Moon Studios is famous for their work on Ori and the Blind Forest and Ori and the Will of the Wisps. Both are titans of indie development and all three working with Private Division will ensure some mindblowing future games. 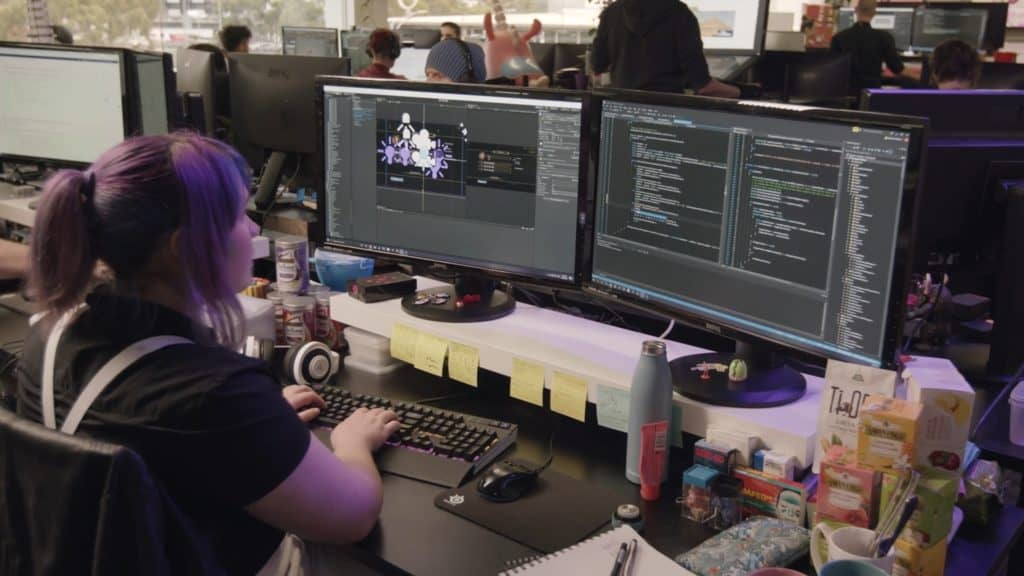 Executive Vice-president and head of Private Division, Michael Worosz, expressed his honour in working with these three incredible teams: “We are thrilled to work alongside these experienced developers to provide them with the support needed to propel their creative visions to the next level.”

Private Division will announce more details about each new project soon. All are currently in development but without release dates. Make sure to stay tuned to our website and social media to stay up to date with these brand new games.