Control and its Alan Wake themed ‘AWE’ DLC due in August

Some five months after the first DLC for Remedy Entertainment’s Control dropped, we finally have word on the next forray. Yes, Control’s ‘AWE’ (or, Alan Wake Expansion) DLC has finally had its first look, along with a release date not that far away.

“Whatever you do, stay in the light,” a familiar voice says at the beginning of the trailer. With the trailer we get quite a few action packed glimpses. Once more our hero Jesse finds herself in the mysterious Oceanview Motel. What looks to be some new type of hiss, the game’s enemies appear. Jesse is seen firing a gun that looks to have sticky bombs as its ammunition. There’s some random sinister looking arcade machine. And last but not least… Remedy Entertainment’s beloved hero, Alan Wake appears.

It’s quite exciting. Alan Wake released a decade ago now and the game, along with its titular hero, became quite a cult favourite in gamers. All this time we don’t have a sequel to answer the original’s burning questions, but we do have this neat crossover. Once again confirming Alan Wake and Control are in the same universe, Jesse has quite the job ahead of her.

This DLC expansion will send Jesse to the Investigations Sector of The Oldest House. Here she’ll be investigating some ‘Altered World Events,’ (hey, that also stands for AWE!) with one taking her to the town of Bright Falls. If you’re familiar with Alan Wake, you’ll know this is where the game took place and where the hero later disappeared. Maybe we’ll be looking into this, learning where old Alan’s been all these years? I’m eager. 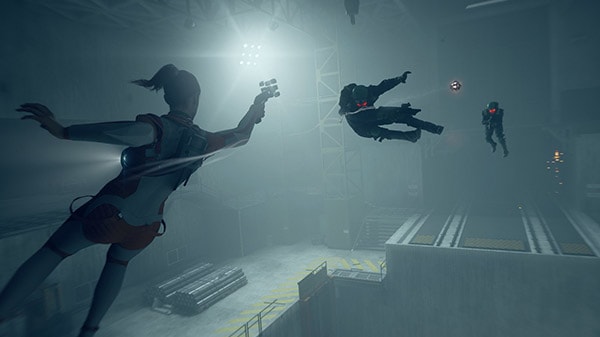 Fans eager to return to the world of Control won’t have to wait too long at all. The AWE DLC expansion releases August 27th on PlayStation 4, Xbox One and Epic Game Store.