As we are all eagerly awaiting the launch of the next generation of consoles, any bit of news relating to the new technology behind the systems is always intriguing. Sony also seems to think so, which is why they published a new video showing a breakdown of the PS5 and it’s internal workings.

In the video, Sony’s Vice President of Mechanical Design, Yasuhiro Ootori, breaks the console down whilst simultaneously providing some further insight into the consoles hardware features and design.

The white covers of the system are removable by the user, which means we could certainly see some cool faceplate designs from Sony and even third-party manufacturers, which takes me back to the days of the Xbox 360 and my (super cool) Rainbow Six faceplate that I had for it.

It is interesting to note that the vertical stand seems to be screwed into the system, which means that to lay the console flat on its side users will have to unscrew the stand from the base of the system first, and then clip it to the underside of the system. Sony has even included a handy spot on the base plate to store the screw when not in use, along with a black piece of plastic that fits into the screw hole on the system itself to cover it up, bonus points for that little extra care factor.

The cooling fan consists of a dual intake fan measuring 120mm in diameter x 45mm deep, which means its draws in air from both sides of the system, and even includes two holes below the fan that are described as “dust catchers”, which apparently will enable any collected dust to be vacuumed out for easy cleaning.

The SoC of the PS5 requires superior thermal cooling, which is why Sony has decided to use a liquid-metal compound to assist with heat dispersion, along with a very hefty looking heatsink. 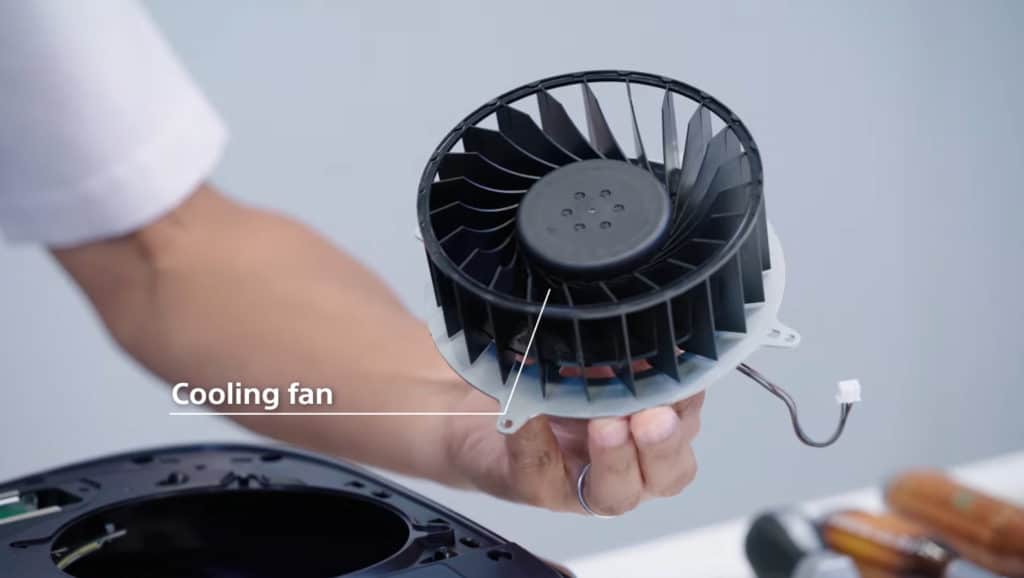 There is one M.2 PCIe 4.0 slot located in the system, which will allow for users to easily add another SSD for expandable memory, as opposed to the proprietary expandable storage solution that the Xbox Series X will be offering.

The ultra HD blu-ray drive unit is double insulated to reduce noise and vibration from the spinning of the disks, which we will need to wait and see if this reduces the overall noise of the system, we all know the first-gen PS4’s had a tendency to get quite loud under load as they aged.

Then we get a look at the 825gb SSD that features read speeds of up to 5.5GB per second, allowing the PS5 to have significantly reduced loading times for games. Ratchet and Clank: Rift Apart is going to make full use of this in-game with the switching between dimensions. 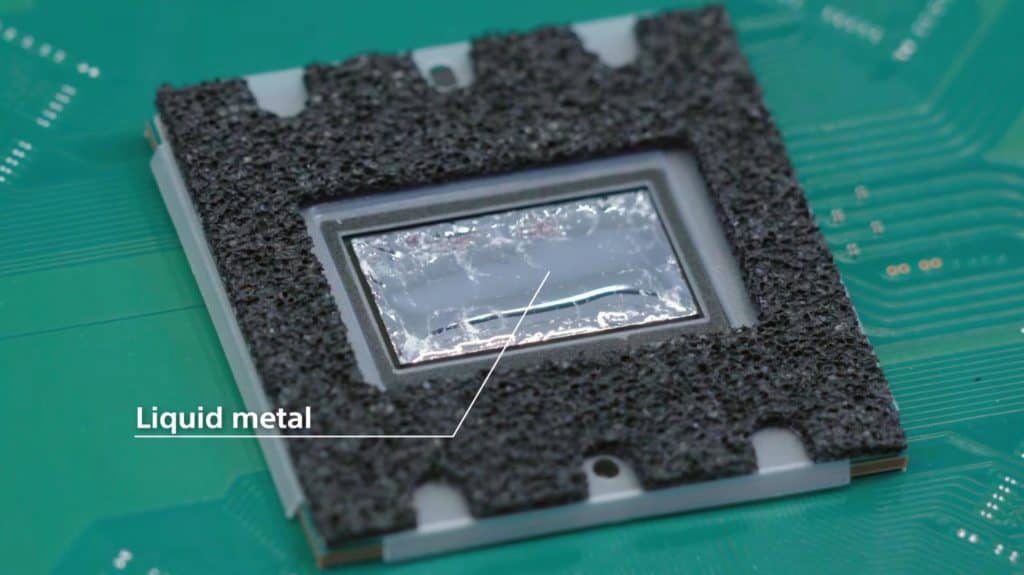 I must admit that I do love how Sony got straight to the point here, no annoying partnership with Youtubers screaming about the console with loud background music and fancy editing, this is simply a breakdown of the console by someone directly involved with its engineering.

We don’t encourage dismantling your brand new PS5 when you receive it though, as this will likely void your warranty, but this in-depth look at the system should prove to be a thoroughly entertaining experience for the tech-conscious gamers out there.