K-Pop stars BTS are teaming up with now-15-year-old 2D MMO Maplestory to produce an in-game event, as well as weekly behind-the-scenes videos showing how the collaboration was produced. The collaboration will involve content for both the original game on PC and the mobile game, MapleStory M. A teaser trailer has been released for the upcoming event, and the first of the three videos is already available.

Precise details of what the in-game event will entail still have not been confirmed. Based on the nature of the collaboration, we can probably assume BTS music and cosmetic items will be involved. Jin, a member of the group, is known to be a big fan of the game, and the group appears very passionate about the crossover. In the video, Jin even jokes that he wanted to pay MapleStory publisher Nexon a visit when his favourite item blew up in-game. 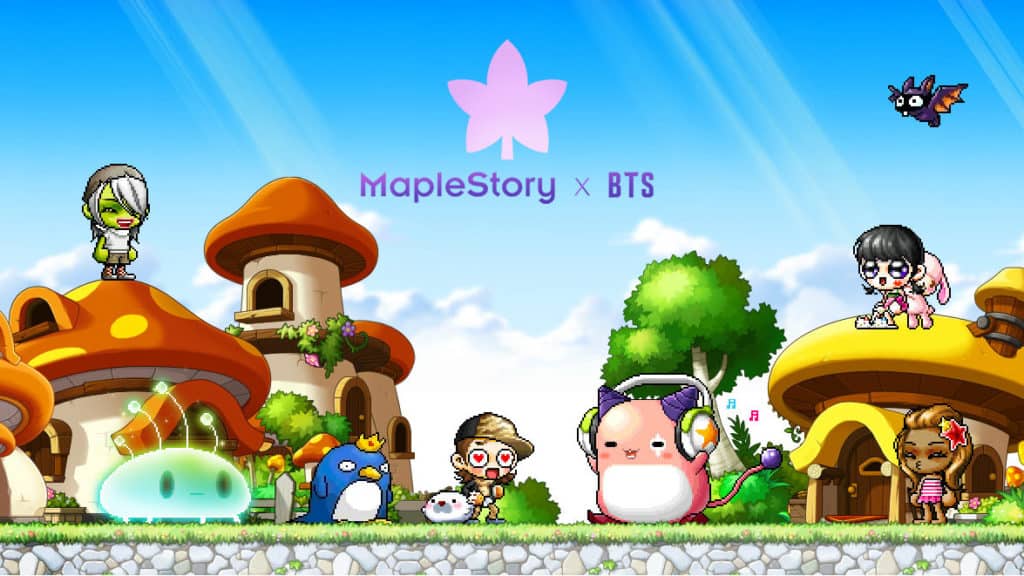 This is not the first time BTS have involved themselves in video games. Their music and adorable chibi avatars showed up in Beat Saber earlier this year. The group also premiered their choreography video for their song “Dynamite” in a Fortnite concert. There are even official BTS games out there, including BTS World and BTS Universe Story. More details of the BTS x MapleStory collaboration are set to be revealed in the coming weeks.