Montreal police have inspected Ubisoft’s local studio, in response to a 911 reporting a to a bomb threat. However, officers discovered no threat matching the caller’s report. It’s a baffling and concerning series of events all in all. Concerningly though, this story feels very familiar. This whole situation seems like it was a swatting attack.

No threat has been identified for now. We are currently evacuating the building. #SPVM https://t.co/7g7eHU2B1T

The story starts in the early afternoon Friday, when police started to congregate around the studio building as noted by local news and Ubisoft’s employees. Employees were guided to evacuate outside and to the roof of the building. Meanwhile, it’s reported that the City of Montreal Police Service had sent in tactical officers, in essence, the Canadian version of a SWAT team. Over the course of the afternoon, it was determined that there was no threat. As of now, officials have determined the call to have been a hoax.

The call is currently under investigation, but French Canadian outlet Le Journal de Montreal, citing the police, has reported some details. Firstly, it appears that the call was made from inside the building. Secondly, the caller threatened to blow up the building housing Ubisoft’s studio, as well other businesses including a daycare, if not paid a ransom exceeding $2 million. 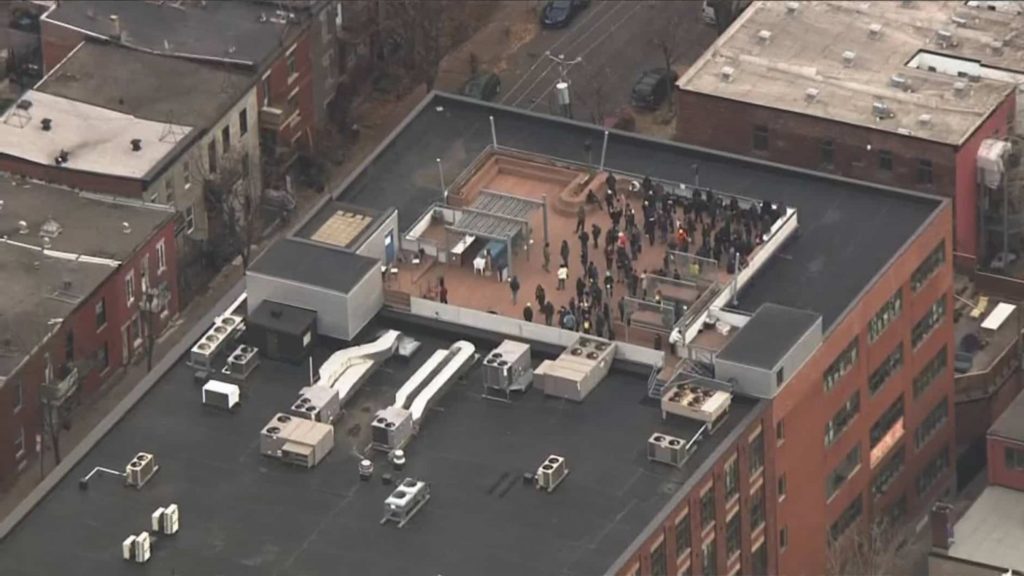 This story has all the telltale markings of a swatting attack. For those fortunate enough not to know, swatting is a disgusting ‘prank’ with potentially deadly consequences. The most common victims of swatting are online streamers and content creators, who suddenly find their home surrounded by armed police officers or a SWAT team (hence the name) who think they are responding to a violent crime. What has happened? Well, someone who wants to hurt or scare the victim has made a false crime report to the police using the victim’s address. It occurs most commonly on livestreams so that the culprit can watch in real-time as the streamer has one of the worst nights of their life. And for obvious reasons, it can turn deadly. It’s probably one of the most serious forms of cyber harassment that can exist.

Let’s be real, Ubisoft has done some awful things this year. They’ve cowered away from politics in conversation about games that are explicitly using politics in their stories. Following many years of abuse, higher-ups have resigned, rather than receiving proper punishment. The few apologies made have proven inadequate in light of their transgressions. They’re not a good company by any stretch and deserve to face consequences for their actions.

However, I want you to note the keyword there: company. Ubisoft is a company. Yes, it is a company made up of people. Some of its people, like CEO Yves Guillemot, are more deserving of ire than others. But no one deserves this treatment. There is no justification for placing anyone, let alone their employees, in physical danger. I don’t claim to know, nor do I want to know, the psychopathy that leads one to do this kind of thing. Death threats against anyone are never justified. It’s sad I have to say this. It’s upsetting that I have to explain that putting random developers in real or perceived danger is a completely indefensible position.

It is extremely fortunate that nobody was harmed during this incident. Montreal Police are now looking into the source of the call.