Titanfall 2 released back in 2016 to generally positive reviews, but it was unfortunately sandwiched in between two juggernauts of the industry being Call of Duty: Infinite Warfare and EA’s very own Battlefield 1. However, it seems to be back on the mend with a significantly increased player count on Steam, along with being the precursor to what evolved into the wildly successful Apex Legends.

Thanks in large part to a very nice sale via the Steam store and the additional assistance from Apex Legends’ recent inclusion of some Titanfall centric content, players seemed to flock back to the title in droves if the Steam Chart figures are anything to go by.

You can see from the below stats pulled from Steam Charts that the playcount in March was around 1500 players on average, but as of the time of writing it is averaging just over 5000. Whilst those numbers may not seem huge in comparison to other games like Valheim and Apex Legends, it is still a healthy increase for a nearly 5-year-old game. 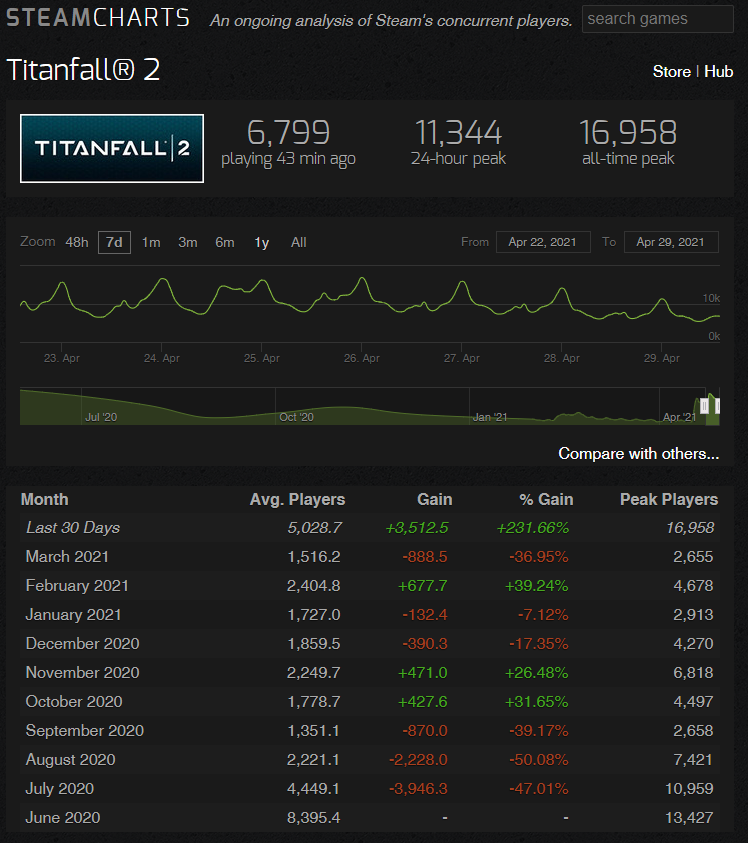 Titanfall 2 may have initially been a little overlooked upon release, but the singleplayer campaign represents one of the best an FPS title can offer with its charming interaction between the Pilot Jack Cooper and his deadpan but hilarious Titan, BT, along with a few interesting levels including the all-too-short time travel section which allowed players to travel between a past and present timeline at will.

The multiplayer aspect provided a nice mix of standard on-foot shooting, coupled with innovative and easy-to-use mechanics that enabled players to zip across the map and wall run to their heart’s content. Add in the fact that you can call in your Titan once you reach a certain amount of points, and the battlefield becomes an increasingly interesting place to be a part of as you dodge opposing titans to get to your own and wreak further havoc from a mechanised giant. 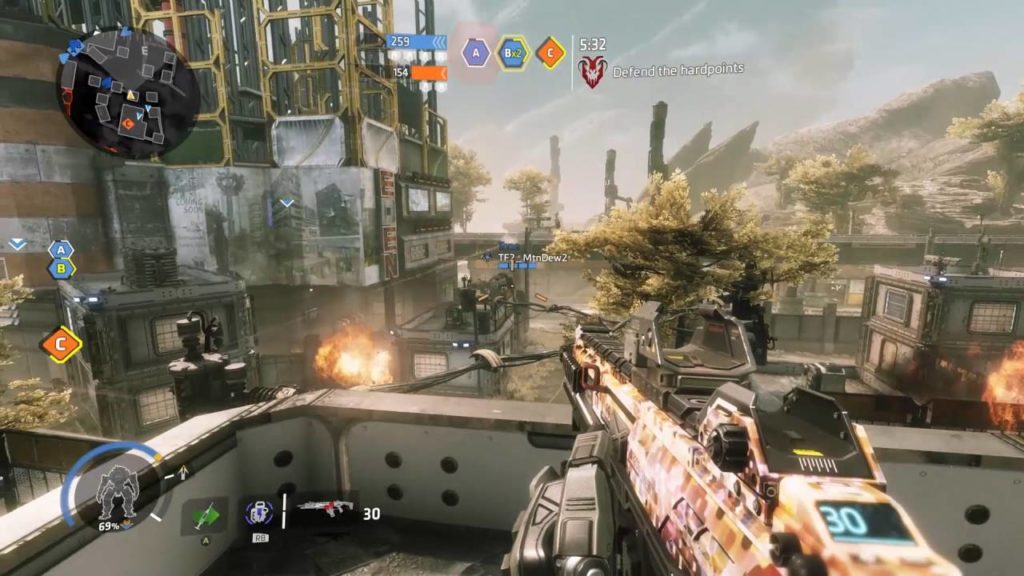 I personally have been diving back into Titanfall 2 after purchasing it on Steam, and I can honestly say that I forgot just how fun and bombastic the multiplayer matches can get, with each one never becoming stale or making me wish I was playing a different game.

There is sadly no word on when or if a new Titanfall entry will be coming out as Apex Legends is currently the main priority for Respawn Entertainment, but I for one will keep my fingers crossed for a third entry into the series one day.