As originally reported by Video Games Chronicle, yet another delay has hit Ubisoft’s seafaring open-world adventure, Skull & Bones. The delay was announced during an earnings report where the game was shafted out of Ubisoft’s current fiscal year of planned game releases. An expectation for Skull & Bones is that it will now release within the next fiscal year, begining April 2022 and ending March 2023.

This is just another hit for this game which has now been delayed time and time again. Originally announced at E3 2017, the game was set to release in 2018 across PC, PS4 and Xbox One. The game’s showcase at E3 2018 then promised a 2019 release, with a following delay the next year pushing the game into 2020. An update to the Ubisoft news site announced another delay in September of 2020, promising a comeback “next year”. Now the latest information on the game pushes it into 2022 at the earliest, 4 long years after its original intended release. 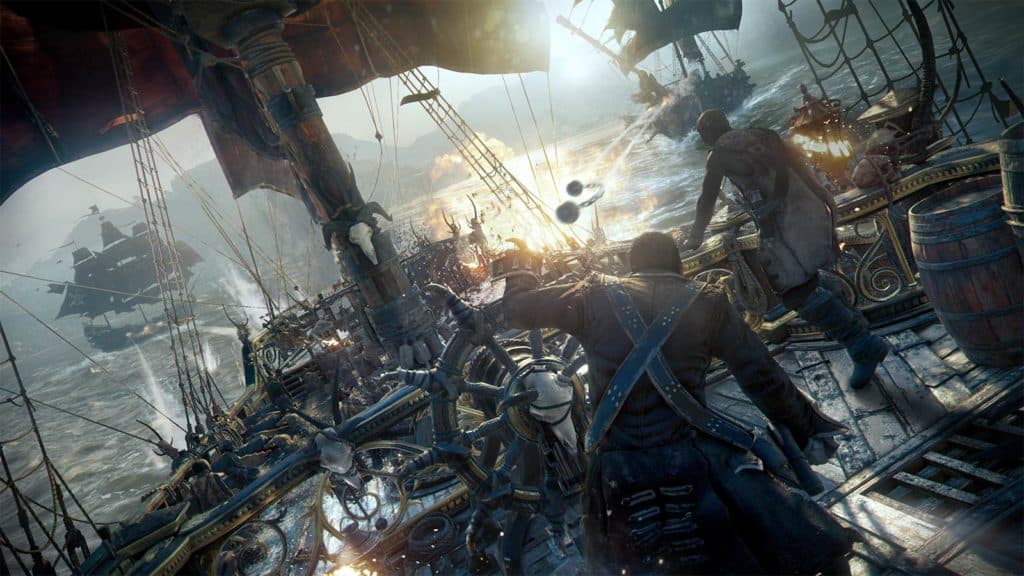 It’s no doubt been a very bumpy development journey for this title, a game built on the back of the much-loved Assassin’s Creed: Black Flag. Chief financial officer Frédérick Duguet came out with a statement regarding Skull & Bones’ most recent delay. He said:

“We strongly believe in the team’s creative vision and they have been given an increasingly ambitious mandate for the game. Production led by [Ubisoft] Singapore has been advancing well over the past 12 months and the promise is better than ever. The additional time will allow the team to fully deliver on its vision.”

“The Singapore studio has been developing for a long time a big part of the Assassin’s Creed franchise so it’s a really good studio. What we have been doing to make sure they could really come strongly with Skull & Bones is we increased the associate studios that are working with them at the moment so there’s a good and big team now working on the game and the last 12 months have really been good in terms of the way things were coming along, so we are confident they can really bring something really exceptional for the market.”

It’s never fun to see a game with as much promise as this one struggle to come to fruition. We don’t know what’s been happening behind the scenes to create such an unexpectedly long development process, and perhaps we never will. Although if the latest information from Ubisoft can be trusted, the game is still on track to be a good release, whenever that may actually happen.