Ubisoft’s upcoming pirate game Skull & Bones has been pushed back another year. This marks the second time this title has faced a significant delay. This news comes from an announcement to investors that the game will be releasing after the fiscal year, which ends March 2020.

In Skull & Bones, players engage in thrilling piratical action and sailing.This involves the spectacle of hand to hand fighting on deck, and swinging from ship to ship. Many of these ideas were introduced in another Ubisoft IP, Assassin’s Creed IV: Black Flag, however Skull & Bones is releasing as an original IP. Players can either play single player, or multiplayer in five-on-five naval duels. 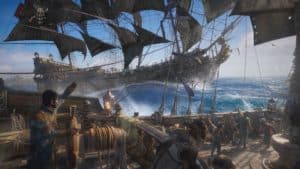 In a comment to Gamespot, Ubisoft mentioned that “For new IPs, it is common to have evolutions of creative vision and this requires more development time.” The game’s Twitter page also released a short video further explaining the studio’s decision to delay the game and not show it off at E3 2019.  In the video, producer Karl Luhe assures fans that “we are working as hard as ever to make sure the game is going to be as great as possible, and quality remains our number one focus”.

We’re going to batten down the hatches and push back on the game’s arrival—this is a challenging news for us all, but it’s what’s needed to make Skull & Bones as awesome as it can be!

Our focus remains on quality first and we’re grateful for your undying support ☠️⚔️ pic.twitter.com/ZCt85tY3TG

It’s possible that Ubisoft made this decision due to some other recent releases that were less than perfect, such as Anthem. Bioware’s newest IP was produced in a buggy, unfinished state, and received very mixed reviews as a result. In order to patch the game properly, its roadmap has been scrapped, and Anthem’s future seems uncertain. It is likely that Ubisoft wanted to avert that fate for its own live service title, and delayed the game to polish it as much as possible before release.

In addition, pushing the game back will hopefully avert the need to put developers under a “crunch” period, and allow them to work sensible hours. It is unclear what this delay means for the tie-in TV show that is apparently in production. 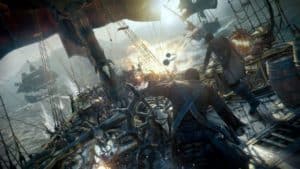 In addition to this news, Ubisoft announced that Rainbow Six Siege has brought in over $1 billion in 2018. In less encouraging news for the company, The Division 2 apparently sold below expectations, at least on console. However, their delay of Skull & Bones shows that Ubisoft are willing to play the long game for eventual success. After all, Rainbow Six Siege has had many rocky patches, but is now one of Ubisoft’s strongest products. Hopefully the delay to Skull & Bones is what the game needs to reach its full potential.