Halo Infinite gets a release date for 2021

Halo Infinite is one of the most hotly anticipated titles this year for a few major reasons. It is the first Halo game on the new generation of Xbox hardware, it will bring back the forge mode, and most importantly the multiplayer aspect that fans have come to love from the series will be making a return, seeking to bring back the bombastic fun factor of the Halo 3 era.

The development of this title has been well documented, with a somewhat troubled unveiling last year that had many fans questioning the supposed return to glory for the series, resulting in the game being delayed from a launch title for the new Xbox hardware to an unspecified 2021 release window for further development. We did get a technical preview not too long ago, which demonstrated the multiplayer aspect of Halo Infinite and it certainly looked to be a solid return to form, bringing back nostalgic memories for me of playing Halo 3 until the dead of night after finishing school.

There is a downside, however, as the game will not be launching with either the forge mode or the co-op campaign multiplayer mode, these will be coming at a later date for the title. Campaign co-op will instead come during season 2, about three months after the initial release of the solo campaign and multiplayer modes. The forge mode will follow a further three months after this. Whilst not the most ideal outcome, 343 Industries did say they were toying with the idea of delaying the game entirely but elected to instead release the finished components and patch in the extra modes later on so fans can play the title sooner. 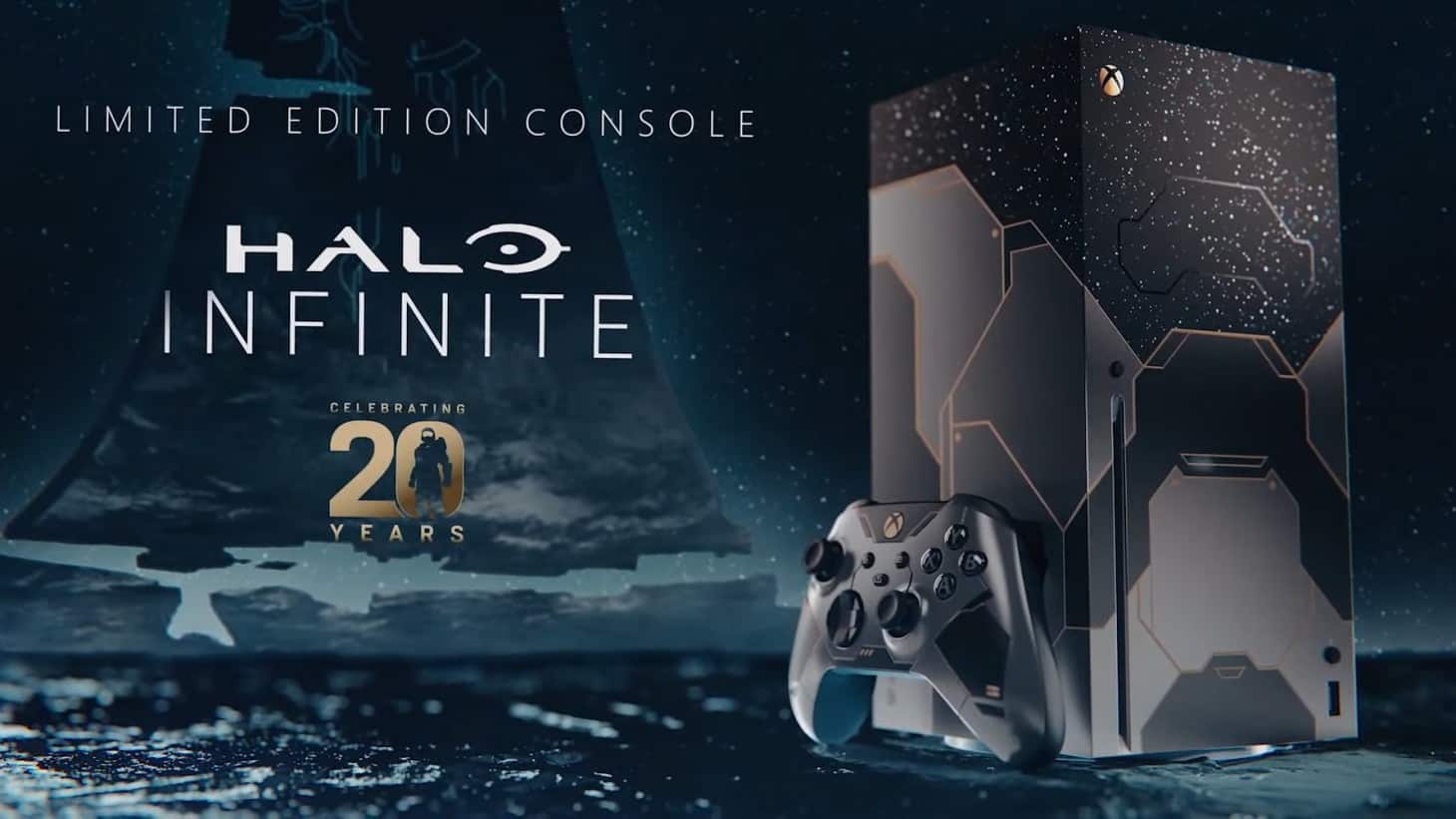 As the official release date has now been confirmed, we have a range of new Halo products to get our wallets out for. A special edition Xbox Elite Series 2 controller that echoes the iconic green armour of the series, a collectors edition of the game that comes with some digital in-game goodies, a steel book, an enamel pin, and a $15 dollar Xbox gift card. Most importantly though, is the limited edition Xbox Series X console, which has a truly mesmerising black circuit pattern with gold trimming, and a galaxy-inspired design at the top of the unit. Unfortunately, there is no collectors edition like the iconic Halo 3 edition that came with a replica helmet of the Master Chief, but these are still pretty nice.

Halo Infinite will launch on Xbox Series S|X, Xbox One and X, and PC on December 8th this year. So, not too long to wait now to get back into the shoes of the all-mighty Master Chief.