The A500 Mini has officially been announced by Retro Games Ltd, the same company responsible for the Commodore 64 Mini and later the full sized C64 Maxi. After being teased last year things had gone quiet on the Amiga 500 front so we started to wonder what had happened to it. As a big fan of the Amiga 500 computer, this is exciting news!

Retro Games say that this new Mini is a compact reimagining of the famous 16 bit Amiga 500 home computer, featuring perfect emulation of not only the original A500 but also the advanced graphics architecture of its big brother the A1200. It will come pre-loaded with 25 classics including Another World and Worms but, like the C64, you can also load up your own games via USB.

Yes, feast your eyes on A500 greatness. In the box, you also get a gamepad, which looks to be based on Commodore’s ill-fated CD32 console and a classic Amiga mouse. Unfortunately, given this is not a full-scale reproduction (hopefully there is one on the horizon) you will probably need to plug in a keyboard as well. I reviewed the Retro Games C64 Microcomputer when it came out and fell in love with it, so for me, it feels like the project is in good hands.

Regarding the legacy of the Amiga 500 itself, it was a massive success in Europe and Australia. It is a relic of a time when the market was dominated by home computers. While the NES was popular in the USA it wasn’t until the 16 bit SNES and Mega Drive arrived that the tide started to change in our neck of the woods. The result is that there are literally thousands of amazing games available for the machine and many are abandonware. 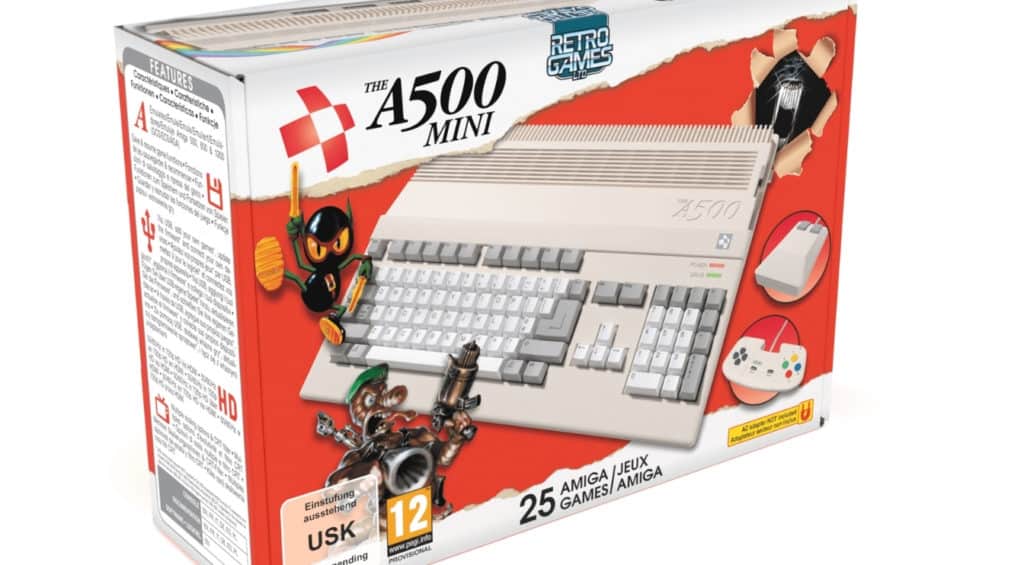 Whilst the A500 Mini is looking very tasty, I was sort of hoping for a full-sized replica with a working disk drive, but I recognise that is a tough ask. Hopefully, if things go well it can be something considered for the future. In the meantime though, I am keen as a bean for this.