Guerrilla Games has recently confirmed that if you want versions of Horizon Forbidden West optimised for both PS4 and PS5, it isn’t a free upgrade. Not unlike the recent Ghost of Tsushima: Director’s Cut, players will have to pay a bit extra to obtain digital versions of the game for both generations of PlayStation console. The announcement also details the multiple upgraded editions available for purchase, including additional digital and physical goodies alongside the game.

The most basic versions of Horizon Forbidden West are the standard and Special Edition. The standard edition contains the base game only for either PS4 or PS5. If you buy the Special Edition, it also comes packaged with a mini art book and the digital soundtrack.

If you purchase either of these for PS4 or PS5, it does not entitle you to a copy of the game on the other console, unfortunately. “For players looking to have access to both the PS4 & PS5 versions of Horizon Forbidden West, please purchase the Digital Deluxe, Collector’s, or Regalla Editions” advises developer Guerrilla Games on the PlayStation Blog. “Dual entitlement does not apply to the standard and Special Editions.” There is cross-save support between the two versions of the game, however. 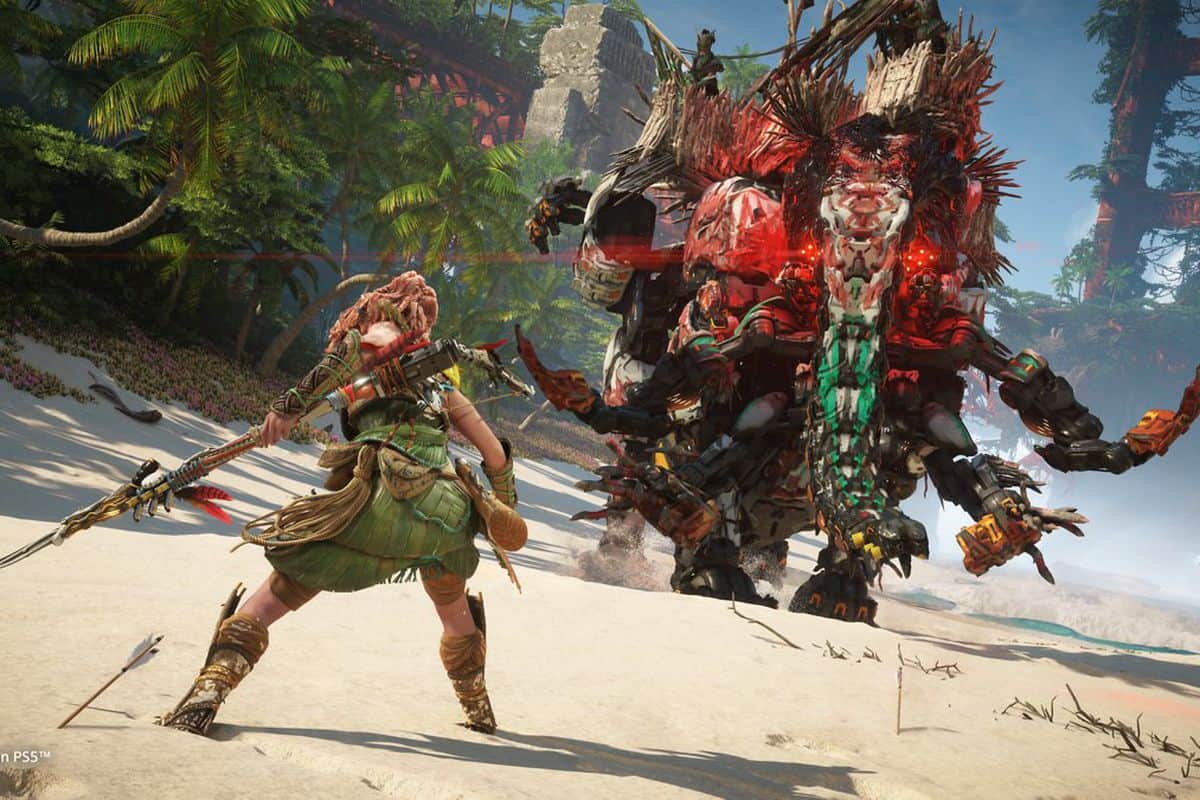 Moving onto the more expensive bundles available for purchase, there is the Digital Deluxe Edition of Horizon Forbidden West. This one includes a digital version of the game for both consoles, rather than just one. It also includes the digital art book and soundtrack from the Special Edition. In addition, players will receive bonus weapons, outfits, resources, AND a digital version of The Sunhawk, the first Horizon Zero Dawn graphic novel.

But wait, there’s more! If you REALLY want to splash your cash on Horizon Forbidden West, there is the Collector’s Edition. This one includes all of the digital goodies from the Digital Deluxe Edition, as well as a SteelBook display case and a custom sculpted Tremortusk and Aloy statue. Confusingly, it doesn’t actually come with the disc; inside the case there is a code to download a digital version of the game.

And finally, there is the Regalla Edition, which has the most additional content of them all. It comes with all of the digital content from the other versions, as well as a more elaborate custom sculpted Tremortusk and Aloy statue. There is also a Replica Focus and custom stand. Once again, it only comes with a digital download code for PS4 and PS5, despite coming with a fancy SteelBook display case. 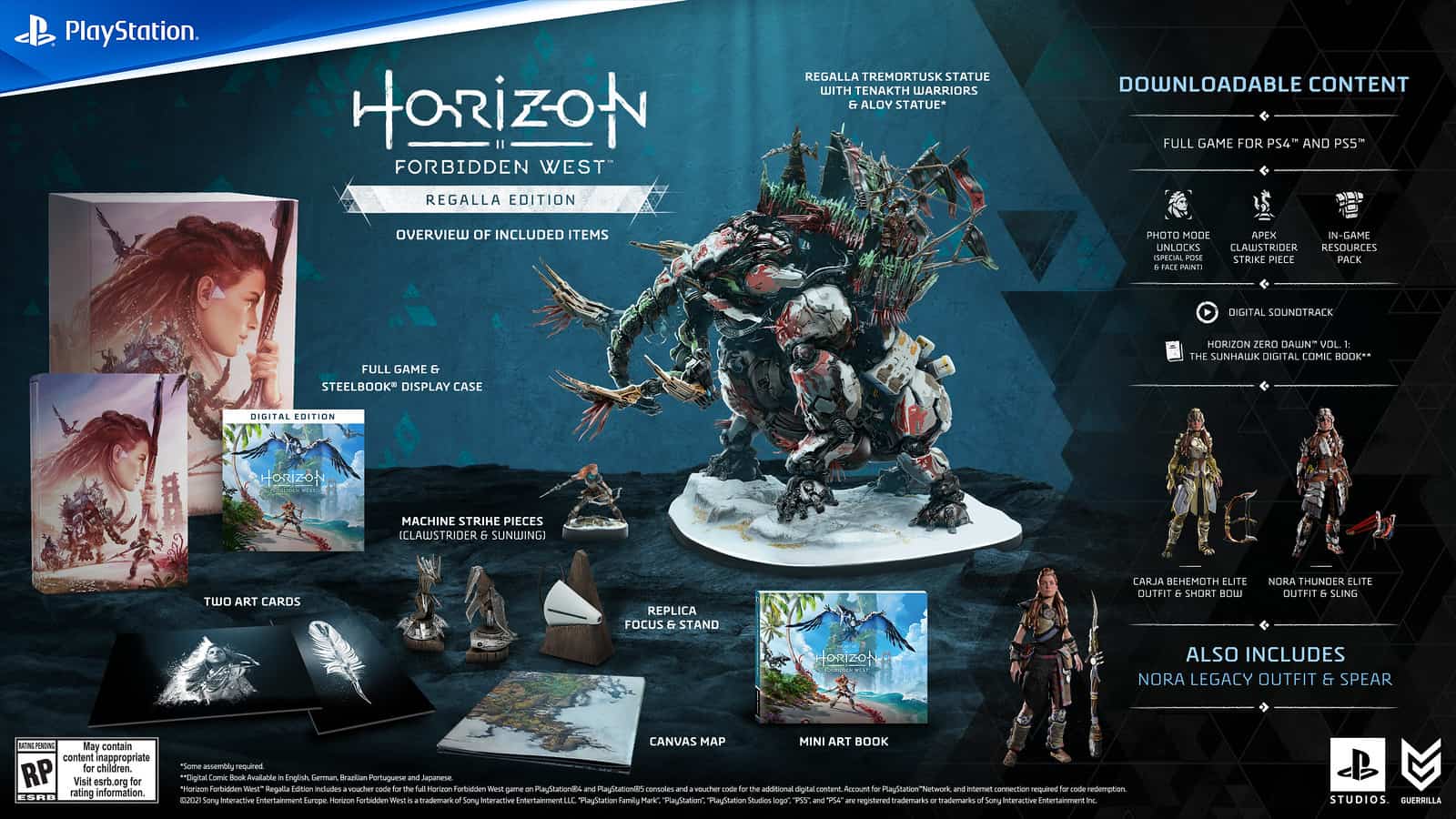 This seems…a bit too complicated, I feel. While not every developer is obligated to offer a free next-gen upgrade, making the version that provides versions for both consoles the 3rd most-upgraded version available for purchase feels unintuitive. Needing the player to consult a spreadsheet to ensure that the version they’re buying has the features they want doesn’t seem very consumer-friendly.

Furthermore, if you purchased the standard or Special editions on PS4, there is no currently-announced way of upgrading to the PS5 version without buying the game all over again. “There are no plans for an update offer from Standard to Digital Deluxe Edition at this time,” advises the developer in the FAQs page. The PS4 version is certainly playable on PS5 via backwards compatibility. However, it won’t have many of the graphical bells and whistles exclusive to the next-gen port.

As of a recent confirmation, Horizon Forbidden West will release on PS4 and PS5 next year on February 18 2022.