Sony unveils PlayStation VR2 alongside Horizon Call of the Mountain

Sony has formally announced the successor to PlayStation VR, aptly named PlayStation VR2, for the PlayStation 5. This new generation of PS VR was teased early last year. This new headset will bring a raft of upgrades. These include eye-tracking, improved visual fidelity and a set of new PlayStation VR2 Sense controllers designed to provide a greater degree of interactivity with the virtual reality environments. In addition, Horizon Call of the Mountain, co-developed by Firesprite and Guerrilla Games, has been announced as an upcoming PlayStation VR2 title to make the most of the new technology.

Sony has outlined the specifications and new features of the PlayStation VR2 on the Playstation blog. Alongside a simplified single-cord set-up, it includes 4K HDR, 110-degree field of view, and foveated rendering. That last feature, foveated rendering, refers to tracking your eye movements and reducing the rendering quality of everything in your peripheral vision, which will improve performance. The device’s OLED display will provide a display resolution of 2000×2040 per eye and smooth frame rates of 90/120Hz. 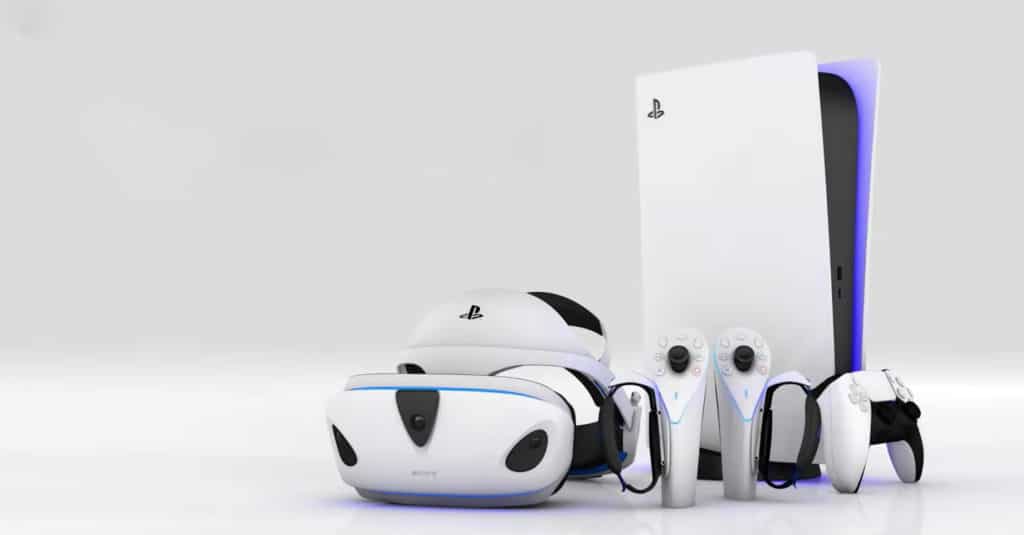 In addition to eye tracking, PlayStation VR2 has detailed controller tracking as well. This tracks you and your controllers’ movements via integrated cameras on the headset itself to reflect movement and actions in-game. The PS VR2 headset will also include its own sensory feedback features to make PS VR2 games more immersive than ever. According to Sony, “gamers can feel a character’s elevated pulse during tense moments, the rush of objects passing close to the character’s head, or the thrust of a vehicle as the character speeds forward“.

Of course, every new gaming technology needs a killer app to show it off. Fortunately, Sony isn’t disappointing on this front. Horizon Call of the Mountain, a VR spin-off of Guerrilla Games’ Horizon franchise, is set to be a PlayStation VR2 exclusive title. This new entry, developed by Guerrilla Games and Firesprite, “will open the doors for players to go deeper into the world of Horizon“.

With competitors like Facebook promising big new VR developments, it is unsurprising that Sony has attempted to step up its game. We will have to wait and see if it lives up to that promise, however a new Horizon game is a good way to get players on board. PS VR2 will only work on the PS5, so hopefully more players will be able to secure consoles by the time the new VR headset launches. Launch dates and pricing for PlayStation VR2 and Horizon Call of the Mountain are as yet unknown.