Cyberpunk 2077 expansion planned for a 2023 release

CD Projekt Red has announced plans for an expansion for Cyberpunk 2077 in their earnings call on April 14th, with said expansion arriving in 2023. This announcement was made along with other production plans which outlined their future vision not only for Cyberpunk 2077, but other games such as the GWENT: The Witcher Card Game and the newly planned Witcher game. 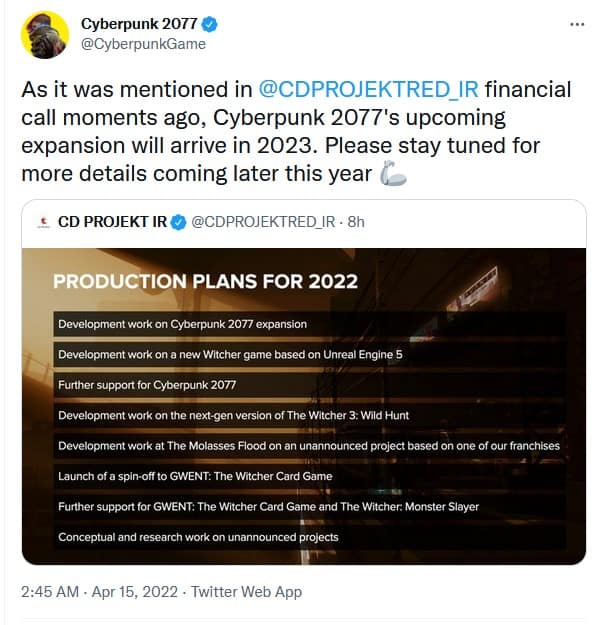 News about an expansion was previously mentioned by Quest Director Pawel Sasko in a video where he discussed future plans for Cyberpunk 2077 while going over some behind-the-scenes content, but it is good to have an official confirmation of its release date along with the announcement that there will be continued support for Cyberpunk 2077 while we wait. There have not been any announcements about what the expansion will include, though news about its contents will be released later this year. 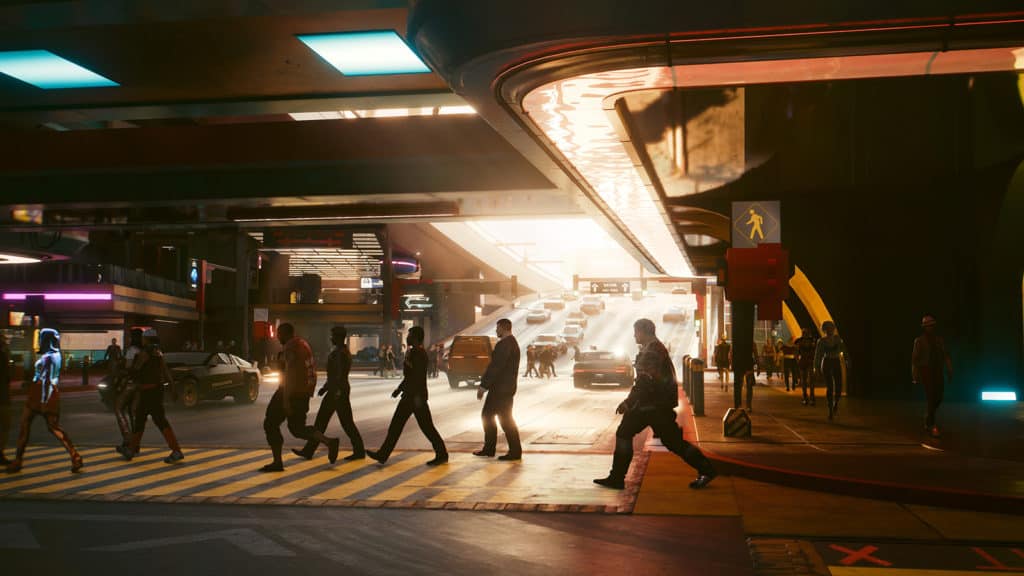 Cyberpunk 2077 released in December 2020 as one of the most highly anticipated games of the year, but the initial launch had a rocky start. Releases on the PS4 and Xbox One ran into several technical problems and bugs, with the PC, PS5 and Xbox Series releases having a number of problems themselves. Many players who were waiting for the game were disappointed, and this resulted in a lot of goodwill being burned, as well as a lawsuit being filed against the studio for misrepresenting the game.

Since the initial release, CD Projekt Red released a patch in February 2022 that added several fixes, AI tweaks, re-balancing game elements and additional content. This was followed up with another patch in March 2022 where further fixes were made. While seeing the studio do its best to improve Cyberpunk 2077 is a welcome sign, it remains to be seen whether the studio can regain the goodwill that it lost during the game’s release.

It is worth noting that The Witcher 3: Wild Hunt, one of CD Projekt Red’s earlier releases, was also filled with bugs and technical issues when it was first released. Overtime, the studio managed to make changes and release two expansions (Heart of Stone and Blood and Wine) that were well-received by players. CD Projekt Red could be aiming for a similar strategy with the Cyberpunk 2077 expansion, fixing technical issues and releasing expansions to make the game a memorable classic.

While it might not satisfy everyone who was disappointed with the initial release, news of further support and a future expansion show that the studio is listening to its players and that they might be able to move past the release when they see what the expansion has to offer.