Dragon Ball and Destiny skins the latest to join Fortnite

Well, Fortnite has gone and done it again! More crossovers are touching down in the item shop. Dragon Ball Super has 4 slick new anime skins currently available in the item shop. Give the Dragon Ball skins and gameplay a look tomorrow and maybe you’ll even spot the legendary dragon Shenron!

WOW! This comes after the last anime collab with Naruto, which gave fans exactly what they were after. The animated skins look incredible in the game again. And as an added bonus there’s even a location and 2 items fans can get their hands on in matches to increase their chances of hunting down the dragon balls. The in-game items are the Nimbus Cloud and the ultimate Kamehameha that blasts a beam of blue at the target. The skins in this crossover include Son Goku, Vegeta, Bulma, and Beerus. With a selection of iconic cosmetics from the series, fans will love this collection. There’s even a Shenron glider for those who complete the Dragon Ball Power Unleashed challenges which features a mini free battle pass of content to unlock. Players have till August 30th to participate and earn the glider.

Players will also find a special creative map in the discover tab, allowing you to explore iconic locations from the series. In the battle royale game modes, bounty boards have changed to versus boards, allowing for a more focused hunt and fight meta in the game. And if you’ve read this far and still have no idea what the show is even about, never fear! Fortnite is actually hosting theatres in creative where you can watch full episodes of the series.

I never thought I would be able to Kamehameha the sith lord himself, Darth Vader as Goku but here we are! This has to be one of the game’s most iconic collabs to date. I appreciate that the anime crossovers are able to nestle into this growing multiverse of content available in the game. 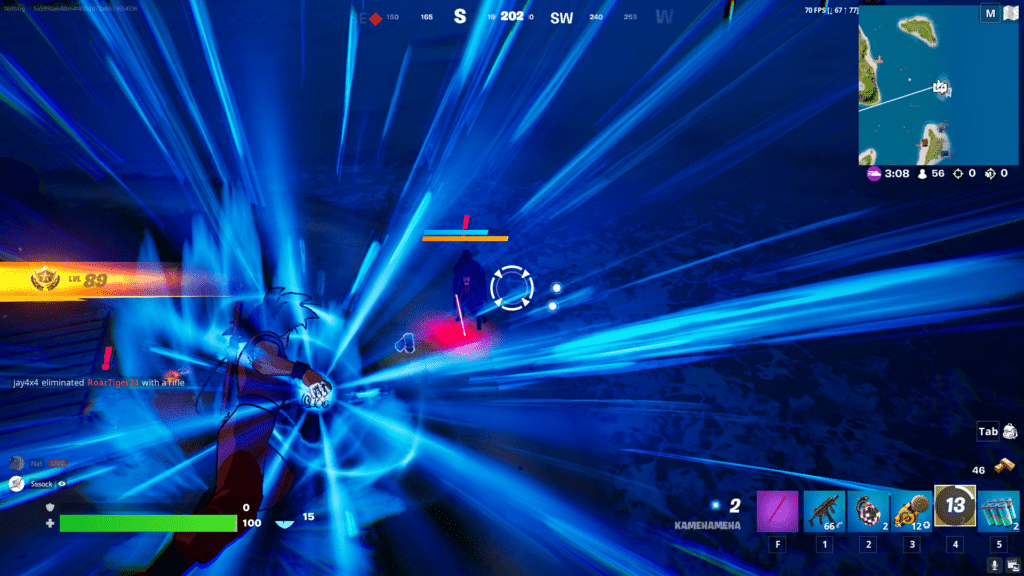 Eyes up, Guardian! Dragon Ball isn’t the only skin collab coming to the battle royale game. Destiny 2 has skins coming to the game, just in time for the announcement of the game’s new expansion. 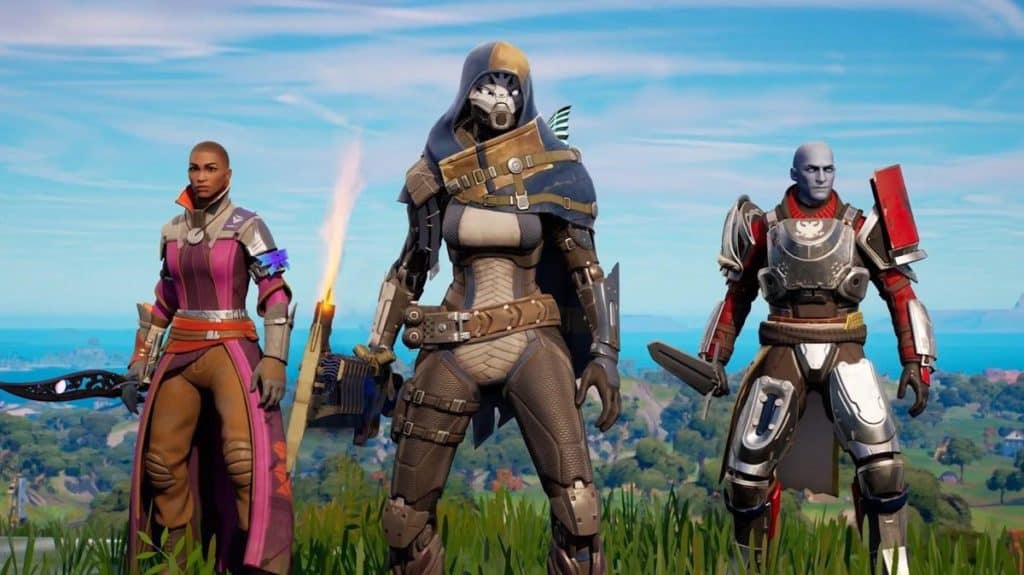 I’m most impressed by the gliders that are themed around the Sparrow vehicles that allow players to zoom through levels with ease. Not only will the crossover include cosmetics, but there’s also going to be a creative map featuring a recreated Javelin-4 that includes a control game mode just like in Destiny.

There’s certainly not long left till the next season of Fortnite drops, so time will tell what the developers have in store!