Fans of the amazing soundtracks of Final Fantasy have something to look forward to. Square Enix has confirmed the upcoming release of Theatrhythm Final Bar Line, an ultimate compilation of the previous two Theatrythm games on the 3DS. This entry will include 385 music tracks from over 40 games from the Final Fantasy series, not including planned DLC.

Not unlike the previous Theatrhythm games, you play as four chosen Final Fantasy characters, rendered in an adorable 2D art style. Through rhythm gameplay as you keep up with the beat and match the onscreen actions, you engage in some light RPG gameplay by using items, levelling up your heroes and taking part in famous battles from across the series.

The song list ranges from the classic 8-bit tunes of the original game from 1987 to the complex orchestrations of the modern era. The game will also include both local multiplayer for two players in the form of “Pair Battles”, and four-player “Online Multi-Battle”. 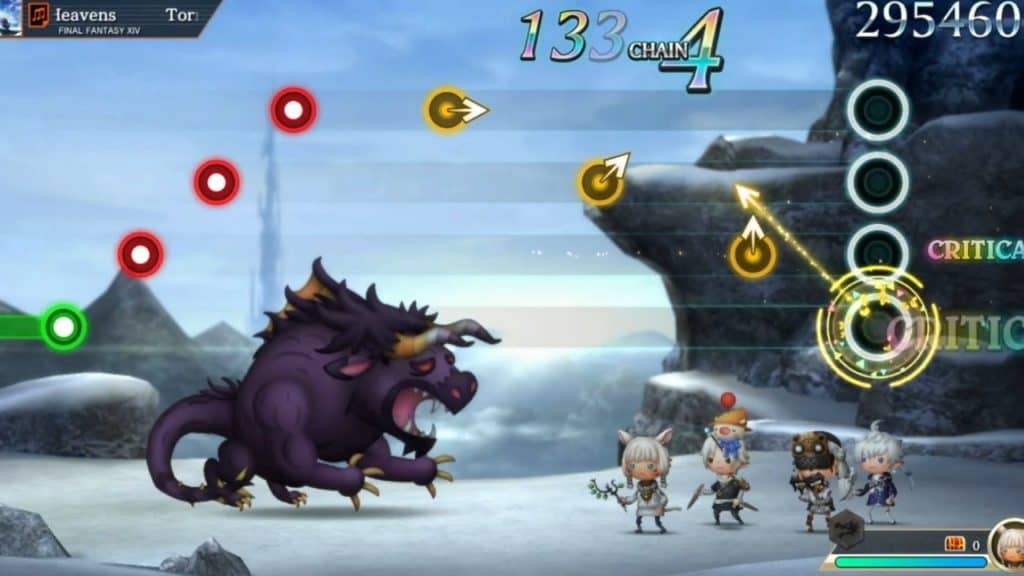 Post-release, Square Enix has announced Season Passes for Theatrhythm Final Bar Line which will include songs from other popular Square Enix RPGs. The announced games whose soundtracks will be added via DLC include Chrono Trigger, Octopath Traveler, Nier and Live a Live. The game’s Digital Deluxe edition also comes with 27 exclusive songs.

Theatrhythm Final Bar Line will come out on Nintendo Switch and PS4 next year on February 16 2023.