It’s that time of year for fans of BioWare’s sci-fi RPG game to get together and share art, stories, amongst others using the hashtag #N7Day. It’s N7 day! For casual consumers, N7 refers to the in-universe special forces the Systems Alliances assign to people like Commander Shepard. It also happens to be November 7th. Last year, the team showed off a teaser image for the next instalment in the Mass Effect series. This year, in a blog post from the team, we didn’t get new information regarding the next game (sadly). However, the game is trudging along in pre-production development and they mention that the team has been crafting “new characters and locations that you’ll love, as well as revisiting many that you’ll remember.” Whether or not that is a mention towards characters AND locations, well, we’ll have to wait to see then.

Within the blog post we get to meet some of the team creating the game. Project Director, Mike Gamble, who previously worked on Mass Effect 2, 3 and Andromeda, and Mary De Marle who was the Narrative Lead on Marvel’s Guardians of the Galaxy and is now the Senior Narrative Director. 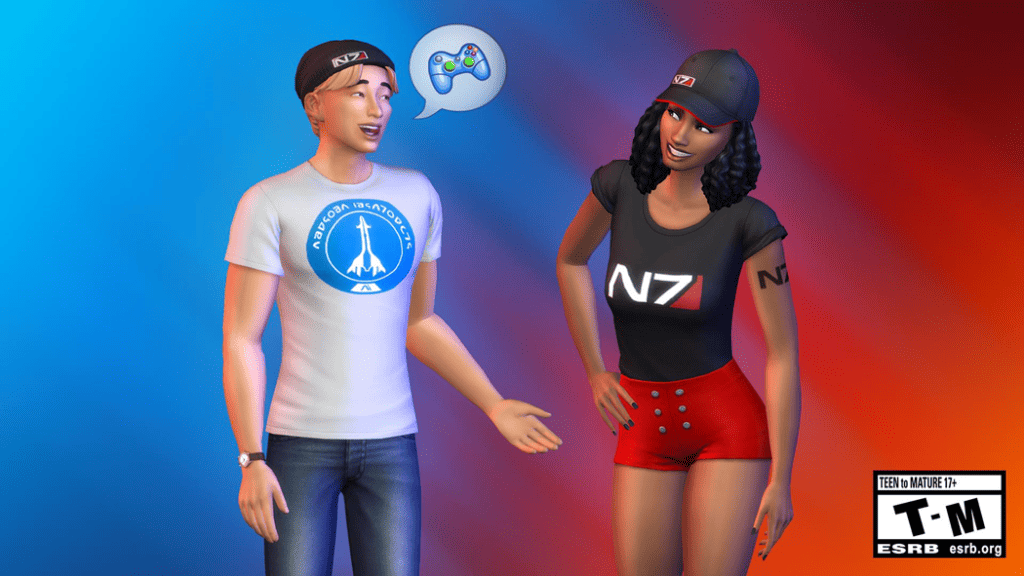 For fans of The Sims 4, you’ll be able to dress your sims in t-shirts, beanies, hats and tattoos related to the Mass Effect franchise. This will be dropping on November 18th, but will be free for anyone who owns The Sims 4. If you don’t own The Sims 4, don’t worry, the base game is now free to play across all platforms. I know what I’ll be dressing my sim-self in. In the real world, you can pick up some new swag from the BioWare store, Sanshee, Dark Horse and Volante. And for folks who have been wanting to jump into the fun of the Mass Effect: Legendary Edition, EA and Steam will be having a sale on the remaster.

“In the nearly 15 years since the release of the first Mass Effect, the biggest reason we still love working on it is the warmth, dedication, and passion of this community. There are some of you who have been with us through everything. We’ve grown together, sacrificed Ashley together, (Editor’s Note: Or Kaidan, Mike! We all make different choices.) faced difficulties together…and laughed until our Faces Were Tired…together! And for those of you who are new to Mass Effect (thanks, Legendary Edition!), welcome! I can promise that many years of fun, adventures, and characters you’ll fall in love with are still ahead.”

“Regardless of when you joined us, through four games and more expansions, I can say with certainty that we’re in this because of you, and every N7 Day is a wonderful reminder of that. As we look forward, each week is a fun and exciting challenge for the team. We love bringing this universe to life, and although there’s much more we want to share with you, that’ll have to be for another time.”

“For now, there is something we want you to have a look at. We’ve intercepted some strange footage from one of the monitoring stations in known space. It could be nothing, but…” 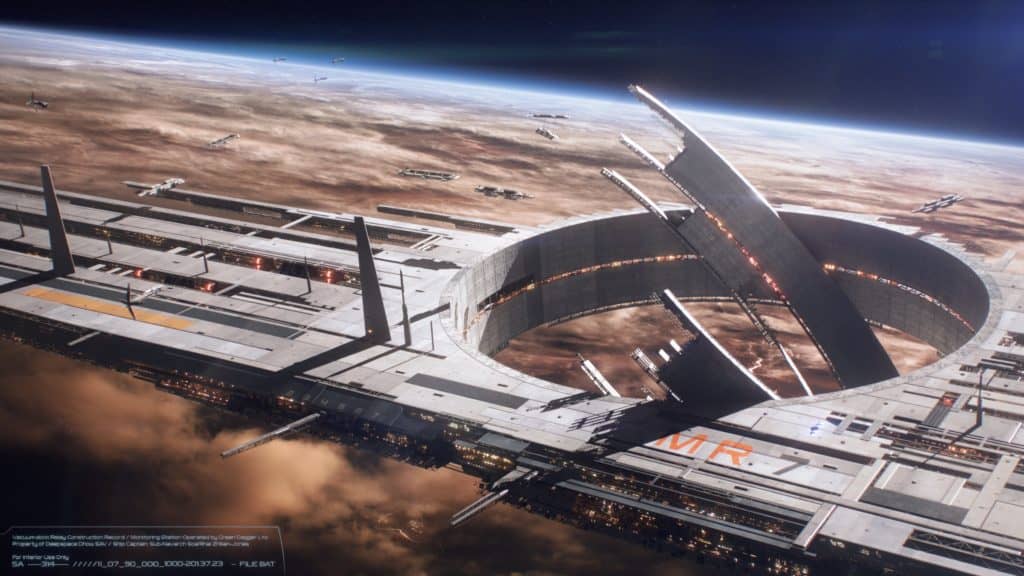 As they end the blog post, we’re shown concept art of the newest Mass Effect game. In the image is a broken Mass Effect Relay with ships looking to rebuild it. It’s been suggested in trailers and by a lot of fans that the Destroy ending of Mass Effect 3 is the canon ending. Of course, this doesn’t solidify it as it’s only concept art. However, considering that 45% of players went with the destroy ending (17% controlled and 30% synthesis and 8% refused), they might’ve chosen a canon ending to progress with in the narrative. But what is interesting is at the bottom right-hand corner is the text “Vacuum-dock Relay Construction Record / Monitoring Station Operated by Green Dagger Ltd. Property of Deepspace Show SAV / Ship Captain: Sub-Navarch Soa’Rhal Zhilian-Jones”. This might lead to something in the game where companies are rebuilding the relay stations, or creating their own? Who knows.

While this year’s N7 day isn’t nearly as chockablock as last years, it’s still something awesome to see. Especially considering it’s a “hi hello, we appreciate all the fans! We’re sorry we can’t talk much but you’ll love the newest game!”. But it’s still nice that fans get some information. And hey, concept art is still pretty nice. I guess it’ll be another thing fans will have to zoom into and find out the story much like the teaser image from last year and the teaser trailer from 2020. Are you still excited about the newest game? Have you finished your Legion cosplay? How many more playthroughs have you done of Legendary Edition? Let us know!