The Metroidvania genre has given us many iconic lead protagonists. From Alucard in Castlevania: Symphony of the Night, to Samus Aran from the Metroid series, to Juan from the Guacamelee games. Gato Roboto, developed by doinksoft, brings us our newest hero, Kiki the cat in futuristic power armour.  This 2D exploration game sees a plucky cat suit up in power armour to explore an abandoned lab and solve its mysteries.

The game starts out like your average Metroid game, with a valiant space captain answering a distress signal, only for Kiki to walk all over the controls and for the ship to crash. Trapped inside the cockpit, the captain has no choice but to send his brave cat out to investigate the laboratory for him. Just a normal kitty who dies in one hit to start with, Kiki soon finds a suit of armour to help defend herself. 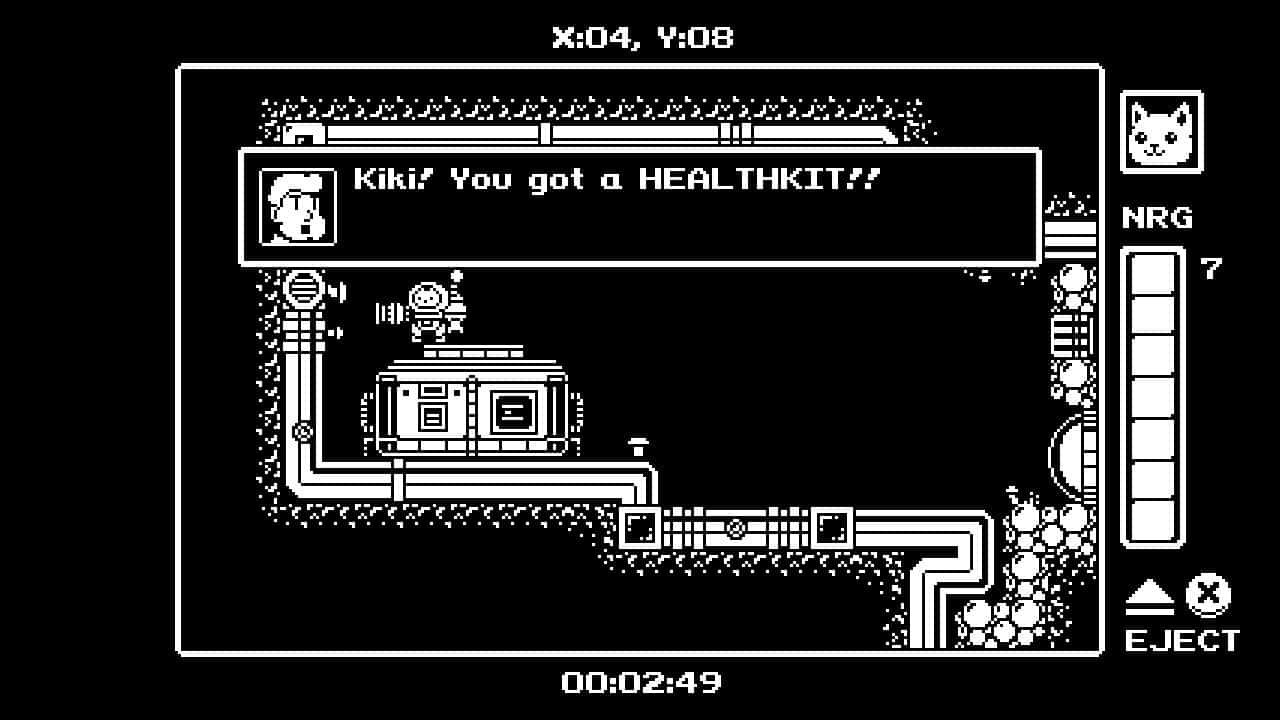 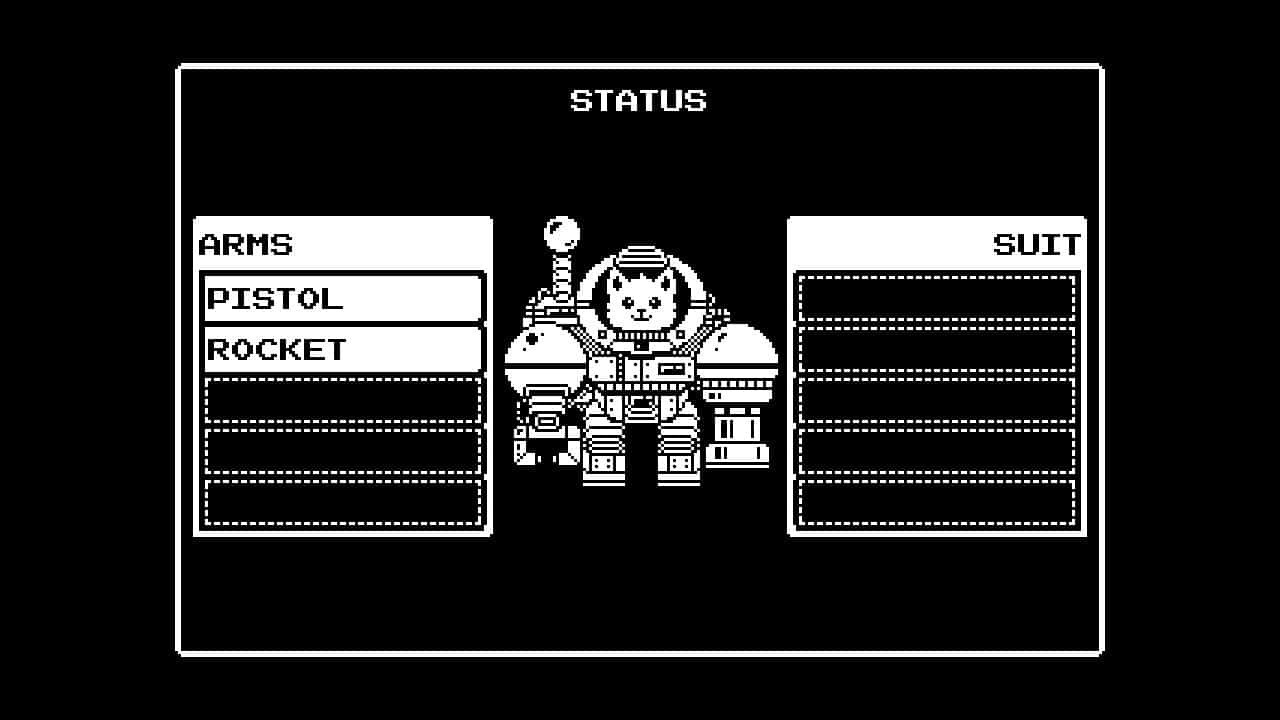 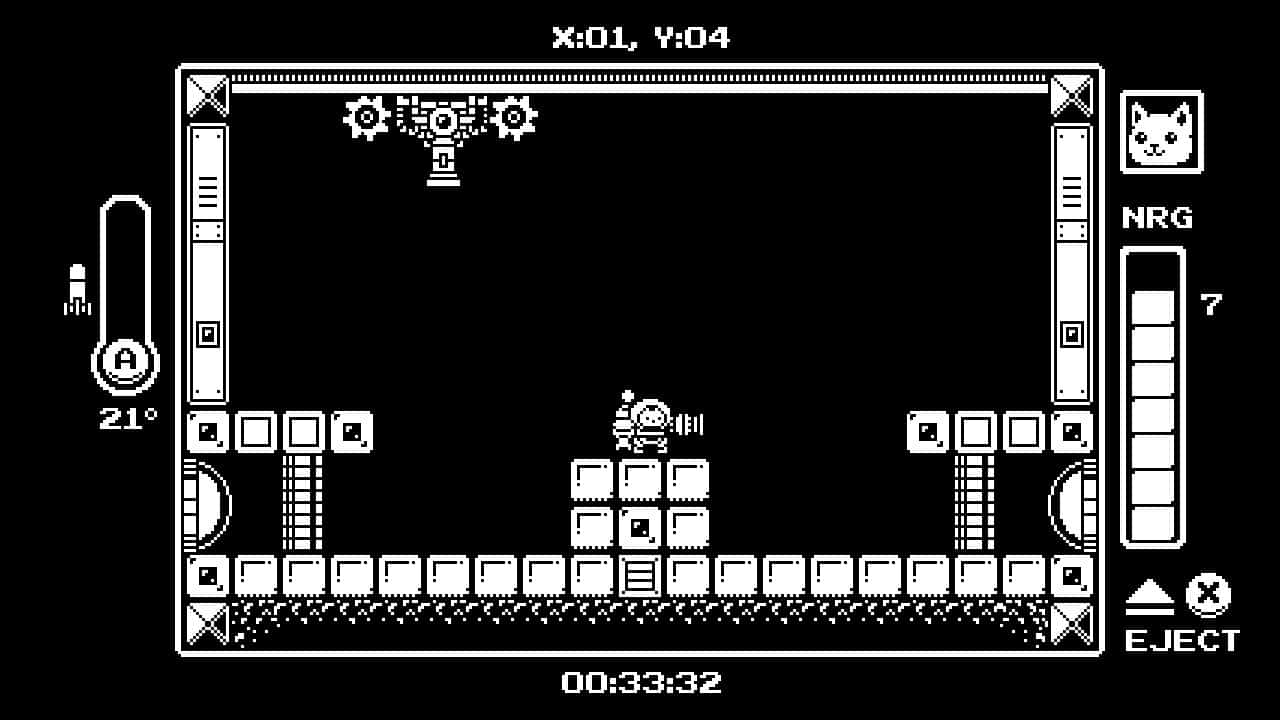 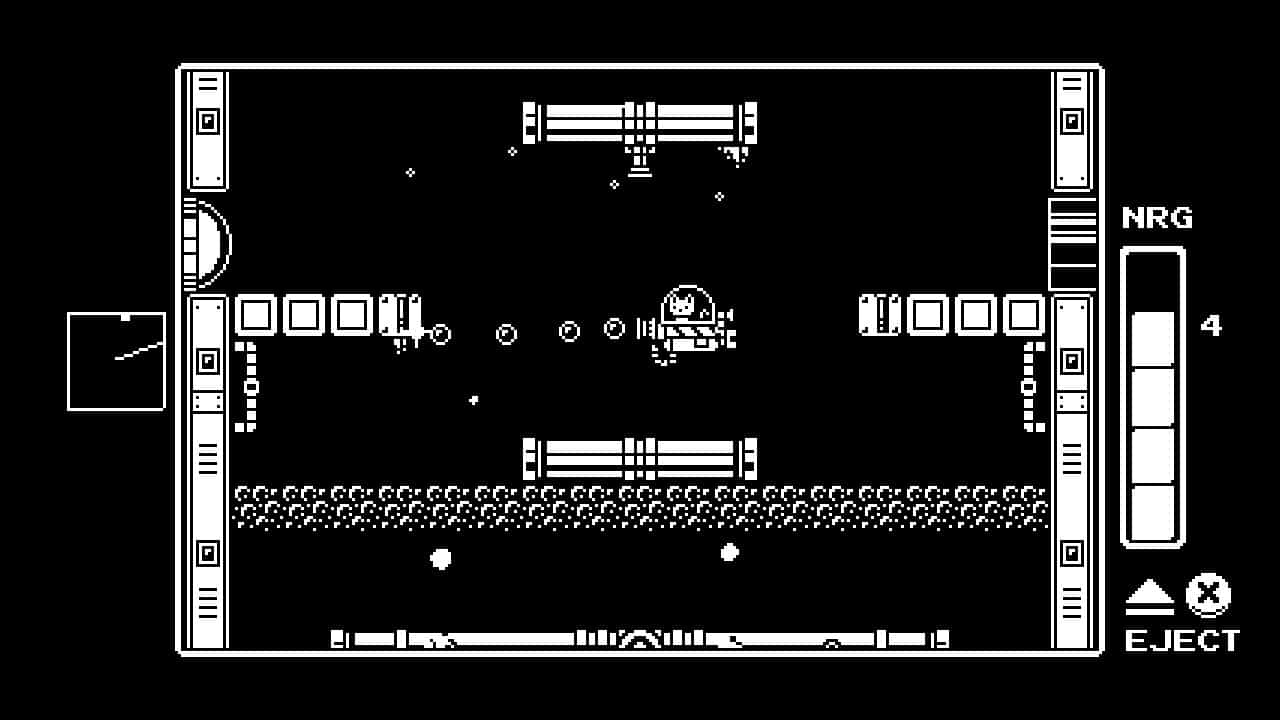 What little story there is, is mostly humourous. I liked how Kiki is just a normal cat in cutscenes who responds to everything by meowing at them, which added an absurdist charm to the whole thing. The bouncy animations and adorable character designs were also a joy to look at. In addition, I appreciated how the plot was mostly delivered via optional info tapes scattered throughout the facility; it encouraged exploring new areas and going off the beaten path.

The ability to leave the armour at will adds new dimensions to Gato Roboto’s gameplay. As a cat, Kiki can climb walls and sneak into small spaces. In addition, Kiki can commandeer other vehicles, such as submarines and gun turrets. It adds a lot of variety by occasionally separating Kiki from her armour, and giving the player different abilities.

In addition, the upgrades do a good job of encouraging open ended exploration. There is usually a clear path to the objective, but there are also branching areas to health upgrades and colour cartridges. As with the games Gato Roboto takes inspiration from, players are encouraged to backtrack and explore completed areas after unlocking new mobility upgrades.

Unfortunately, where Gato Roboto lacks variety is the visuals. Even though the character designs are cute and expressive, the retro-inspired monochrome colour scheme makes all the areas feel samey and monotonous. The focus of a Metroidvania game is supposed to be the exploration. However, the fact that all the areas look so similar made discovering new areas feel less compelling than they could have. Even a more varied level design for the different areas could have helped distinguish them a bit.

The boss fights are generally fun and well-designed. Although there aren’t many of them, each one felt very different and tested the player’s mastery of their latest upgrades. Gato Roboto is decently challenging, although Metroidvania veterans may find the game on the easy side overall. 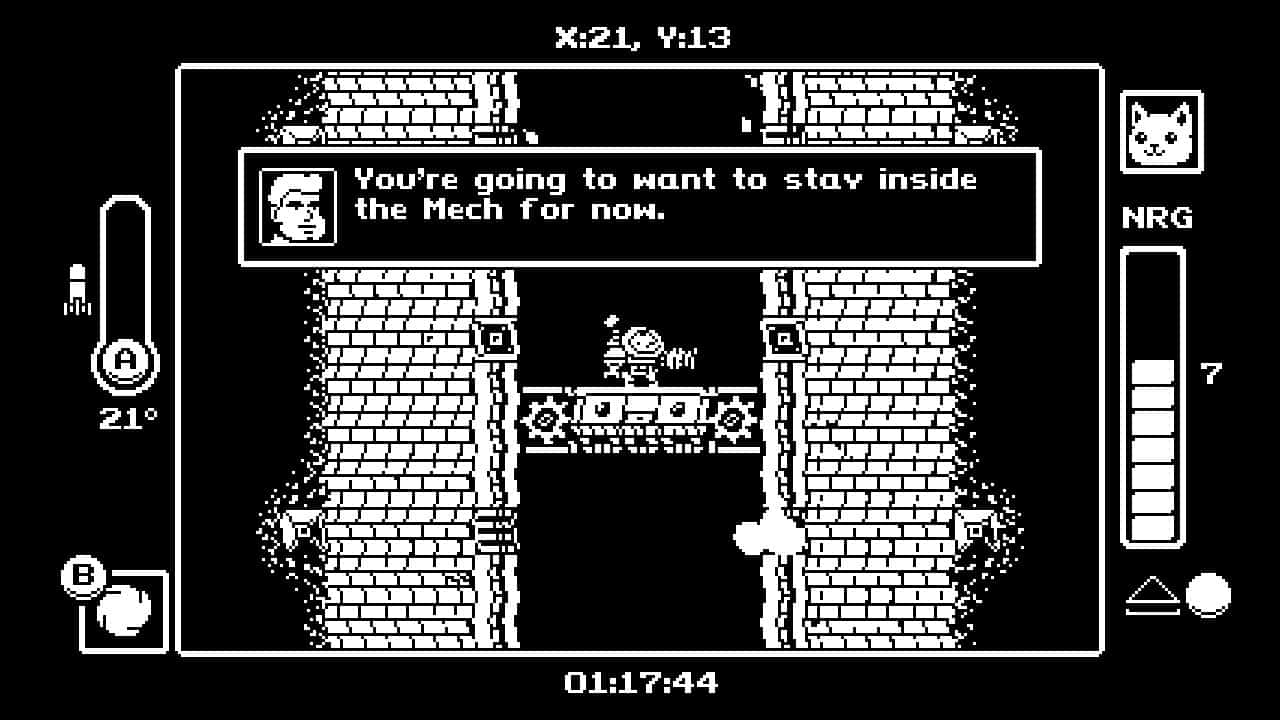 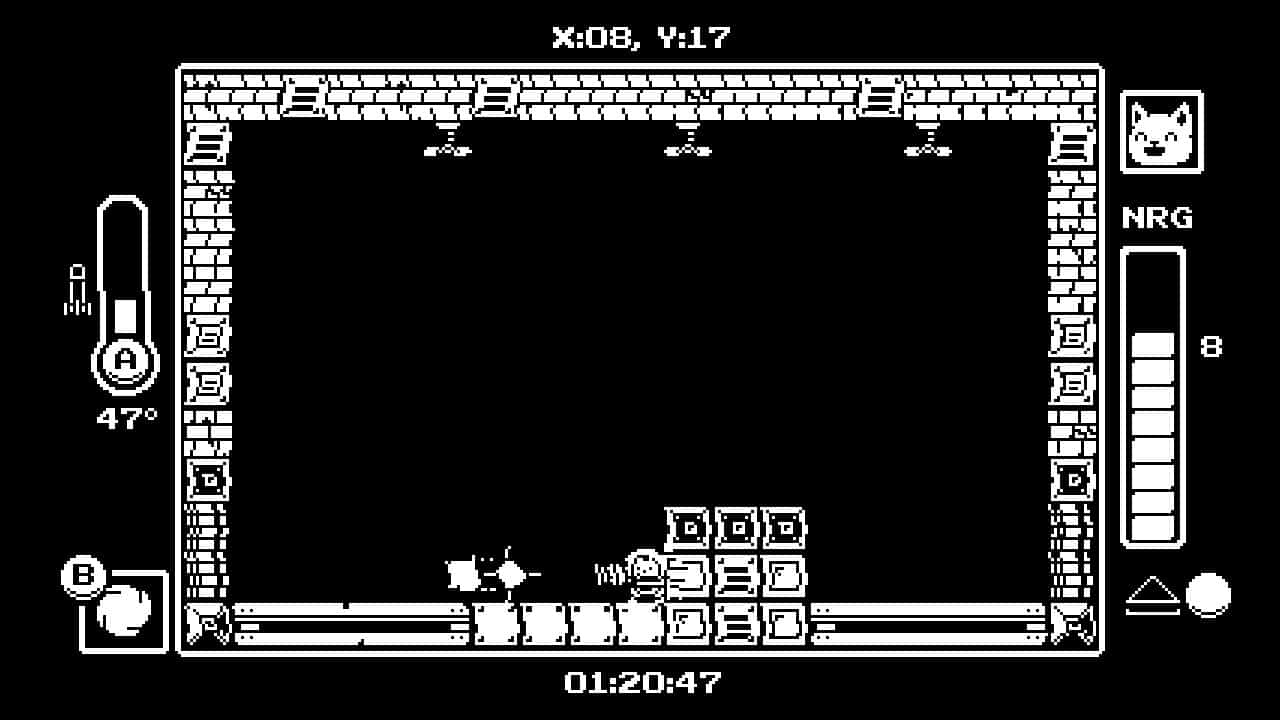 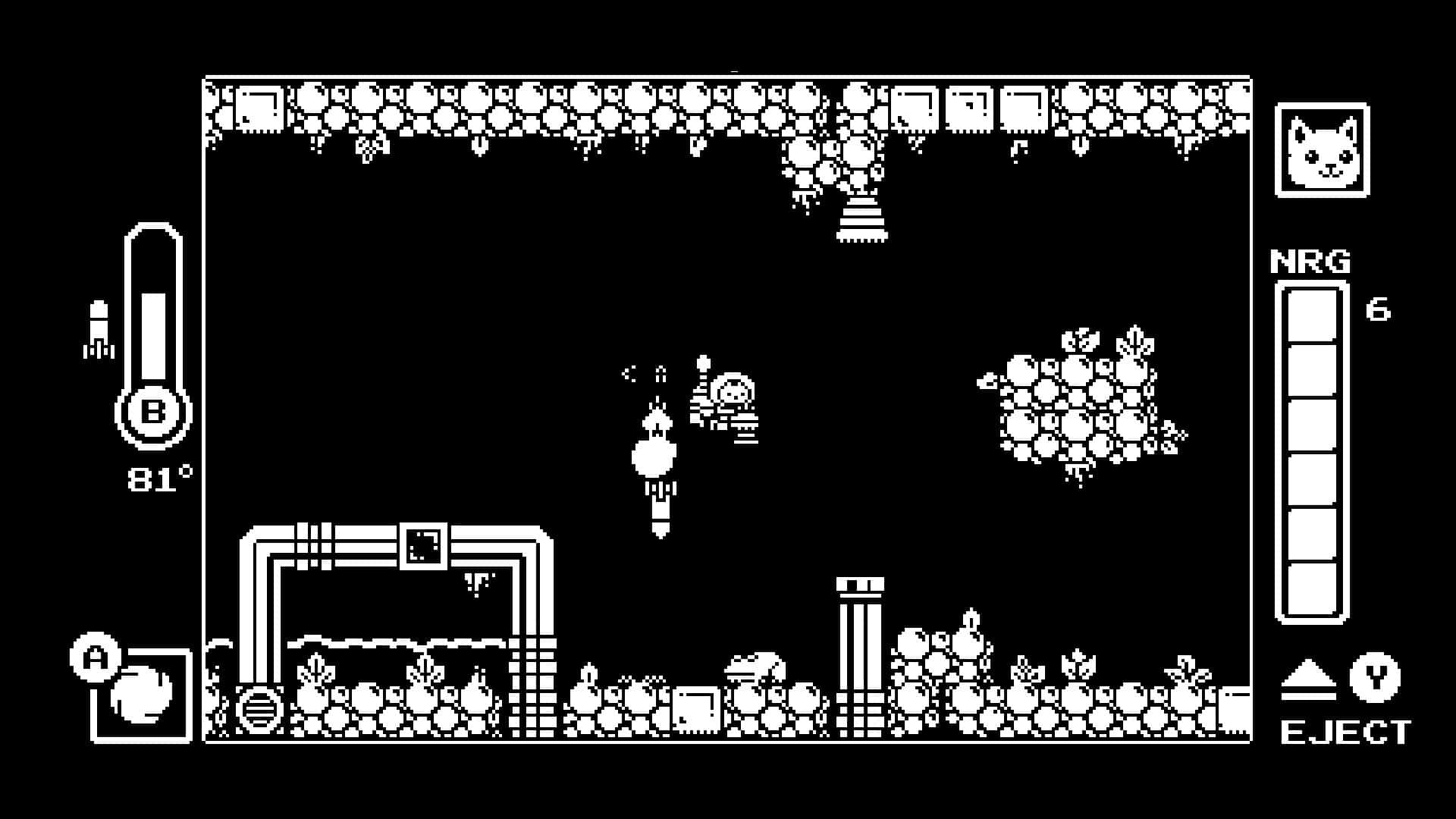 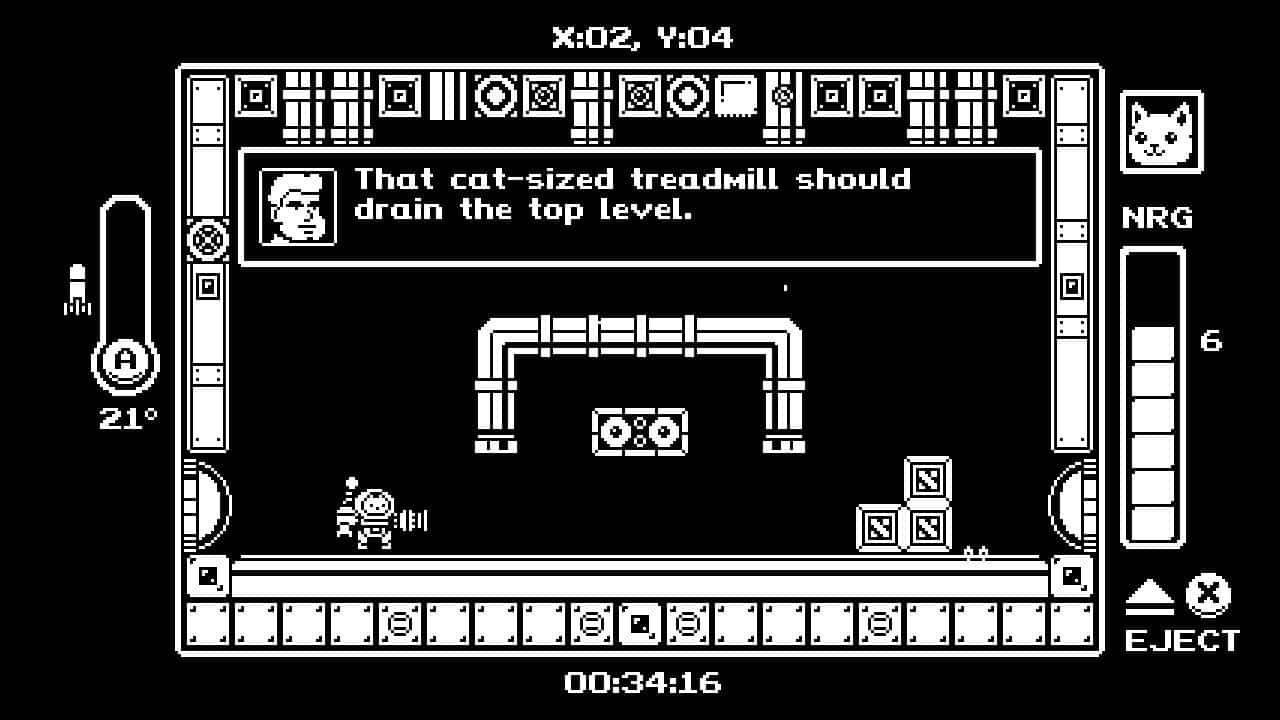 Gato Roboto is fundamentally a Metroidvania game, but it definitely borrows more from the first half of that portmanteau than the second. The map screen looks like that of Metroid, most of the upgrades are similar, and it even does the thing where you have to shoot doors to make them open. Overall, Gato Roboto brings enough new elements to the table to be more than a simple homage. However, fans of Nintendo’s Metroid franchise may find doinksoft’s game to feel a bit too familiar.

Gato Roboto isn’t very long, but it doesn’t overstay its welcome either. The game keeps track of your play-time at the bottom of the screen when in the power armour. Speed runners will enjoy figuring out how to get through the game with the lowest time.

Gato Roboto isn’t the most robust experience out there, but you will have a great time whilst playing it. It features complex boss fights, a quirky story to uncover and lots of secrets to find. Yes, it could have stood to have a more varied colour pallette and art direction for its levels,  but the rest of the game’s elements are so much fun that it’s easy to look past. If you are looking for a game that squeezes the gameplay of Metroid into a smaller package, then Gato Roboto is just what you’re looking for.