Ever wanted guttural and tactical multiplayer action as Robin Hood’s merry band of bandits? Sumo Digital, the developers behind Crackdown 3 and Sackboy: A Big Adventure, are making those dreams come true with Hood: Outlaws & Legends. The studio has quite a variety of genres behind them and more than fifteen years of development history. With one of their studios located in Nottingham, England, it’s very fitting to have these talented people develop a fledgling Robin Hood game.

In Hood: Outlaws & Legends, two teams of four compete to steal from the rich establishment and redistribute the wealth. This medieval combat game describes itself as “PvPvE”, meaning players will not only have to compete against the environment to complete objectives, but they’ll have to do so whilst battling against another team of players. Both stealth and all-out combat will be important to master as you seek to escape with glory and riches.

The game offers five maps to play across, each medium to large in size. These maps will feature castles or keeps, AI-controlled guards, and objectives for both teams to fight over. There are capture points for teams to hold and use, serving as respawn points that grant positional advantages to the team who holds them. The goal is to steal a key to the treasure from the devastating Sheriff, grab the gold, and take it to one of several extraction points.

Here lies probably some of the most significant mechanical issues with Hood: Outlaws & Legends. Extracting loot is done with two players engaging with a winch as the goods are lifted. During this phase, the other team can interfere by causing a ruckus or killing your allies. They can then step in and continue lifting out the goods from where your team left off. It results in several last-minute victories, where the losing team would swoop in at the last second to steal the win. Admittedly, doing this results in much less reward, but still considerably hinders the team’s earnings that did most of the hard work. It’s a frustrating mechanic and design choice.

“…all the glitz and glory rests on the final few seconds of a reckless deathmatch.”

Winching ultimately removes any stealth and strategy from the rest of the match. The sheer joy of roaming the castle walls, silently assassinating guards and tricking enemy players into a swift death is completely void when it comes to the extraction. With no other alternate objective types right now, all the glitz and glory rests on the final few seconds of a reckless deathmatch. It’s just unfair.

Despite some flawed design decisions, Hood: Outlaws & Legends does offer intricate cooperative gameplay. Four classes are on offer and they all have a role to play in a cohesive team to achieve victory: Robin the Ranger, Marianne the Hunter, John the Brawler, and Tooke the Mystic. Robin is the easiest to play, with a great combination of ranged abilities and stealth to sneak around the map and capture objectives. Tooke is the support who can currently cast the only healing power in the game, rejuvenating allies within the radius. John is the ideal muscle in every match to move the treasure as fast as possible, be the primary damage dealer, and lift locked gates to open pathways.

As players individually level up each character, more perks are unlocked to purchase. These improve buffs or bonuses, enhancing skills and catering towards different playstyles. For example, Tooke’s first perk allows them to generate more experience points for highlighting enemy targets and reduces cooldowns. It not only helps players learn the character but encourages them to play effectively.

Through levelling up and completing Outlaw specific challenges, weapons and cosmetics will make themselves available. While these don’t impact damage or stamina, they do satisfy vanity. Lore is also unlocked by completing in-game challenges, like winning 35 times or executing ten assassinations on each map. They aren’t incredibly intricate stories or unheard of tales, but the accompanying art and snippets into their journeys add depth and fanfare. These costumes and backstory are very appealing and show off the flair of the skilled artists and writers at Sumo Digital Newcastle. 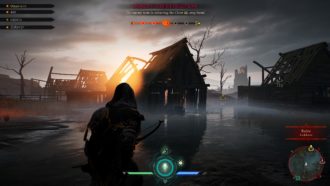 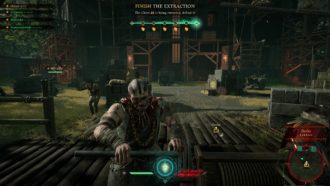 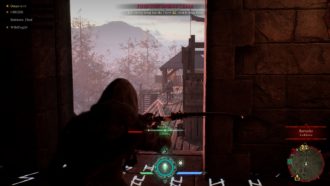 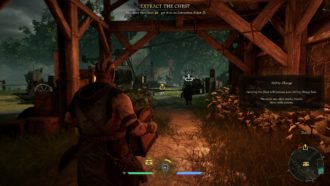 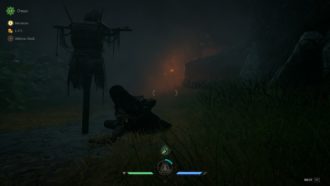 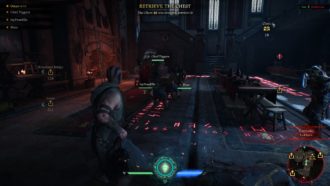 The maps themselves are expansive but have odd design choices. Each has its unique tone and feel, despite all five being based around a sizable castle or keep. Whether it’s the dark and regal architecture of the Lionsdale Citadel or the murky swamplands of the Newton Abbas Marshlands, they are all full of stunning detail. With four classes and their various attributes, every stage invites different perspectives and playstyles with plenty of verticalities, movement, and stealth opportunities.

Objectives and spawn points within these maps are often in baffling locations. The Newton Abbas Marshlands spawn both teams outside the keep, on opposite sides of the swamp, and an extraction point at the ruins in the centre of this area. When it comes to securing the treasure, it is ideal to extract as close as possible to your primary spawn in case all other capture points are lost. In this scenario, the initial spawns for both teams are equally close to the extraction point, so there is no point in even trying to capture other locations. Several plays on this map end in a corpse rush to the extraction point, fighting off a stalemate until one team can swoop in and secure the final inch of the loot capture. This happens on most levels, specific capture points being exceptionally useless in the larger scheme of the match.

The developers are using seasons based upon Pagan culture to evolve Hood: Outlaws & Legends. New playable characters, maps, game modes, world events, and more will introduce more reason to keep coming back during these upcoming seasons. As with other similar business models, a unique “battle pass” will need purchasing to access this content. While this may be tiresome to some, creative objectives and revised maps will be fantastic additions to what the game already offers. 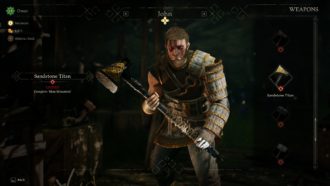 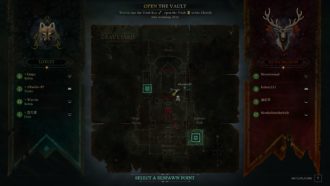 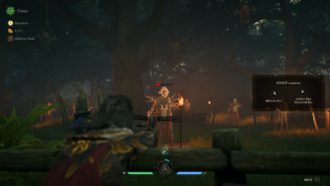 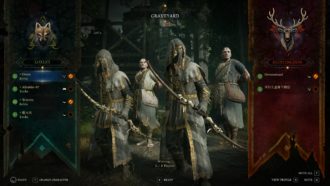 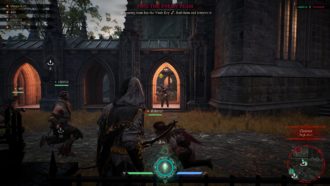 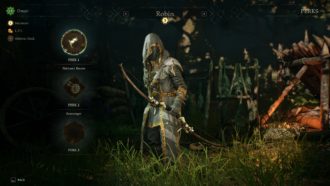 In terms of performance, the game runs smoothly and seems optimised across several PC builds. There are a few glaring omissions upon initial release, like being unable to remap voice chat keys and missing accessibility options. Issues surrounding key presses in-game are also of concern. Marking objectives and sneaking up behind enemies for assassinations don’t always register, leading to frustration or immediate death. Likewise, several bugs plague the game, including vaulting over a ledge which may get you permanently stuck inside.

However, cross-play works seamlessly and will undoubtedly extend the lifetime of Hood: Outlaws & Legends. Being able to merge player bases of all platforms is already reducing matchmaking wait times compared to other new release games. Unfortunately, it doesn’t seem like skill-based matchmaking is implemented or working correctly, often pitting advanced teams against solo queue first-timers.

Whether you want to take the righteous route or become the true menace of Nottingham, Hood: Outlaws & Legends is certainly one of the best Robin Hood games to play. The art and world design care are impeccable, representing a grim and gory version of the English folklore. It’s empowering to play as legendary vigilantes and decimate the establishment or opposing forces with strategy and stealth. Although, it doesn’t come without its fair share of problems. The winching mechanic, and currently the only objective type in the game, is unmistakeably frustrating and poorly conceived. Without a proper refresh of the goals, the community might take their gold elsewhere. Not forgetting technical bugs that need squashing, Hood: Outlaws & Legends may let you steal from the rich but not without taking a little bit of your patience first.