Death Stranding, one of 2019’s most hyped and eagerly anticipated releases, was somewhat divisive when it released. Expectations were astronomical, as this was Hideo Kojima’s first project since his infamous falling out with Metal Gear Solid publisher Konami, and fans were chomping at the bit for something incredible. Upon release, reviews were somewhat middling, with our reviewer stating, “There’s no debate it’s a game that should be celebrated for trying something different in the AAA space, flaws included. All in all, it’s a monolith of a mountain I’m glad I climbed just to experience a very Hideo Kojima game”, with many other outlets echoing similar sentiments. Personally, I really enjoyed Death Stranding, warts and all, and upon the news that Death Stranding Director’s Cut was coming to PS5, I was keen to see what new features and missions would be included, let alone how the game’s performance would be improved for the latest console hardware. After over a dozen hours with Death Stranding Director’s Cut, I can say that while a decent update to the original, most of the inclusions fall flat of the hype, and probably could have simply been included in a PS5 patch rather than an entirely new release.

After jumping through some clunky hoops to load up my save file from the PS4 version into the new Director’s Cut, I could already see some major fidelity improvements. During the 5 or so minutes I played on the PS4 version in order to upload my save I was reminded how chunky and thick the game felt to play, and the almost immediate relief and smoothness I felt when playing the PS5 version was a real breath of fresh air. Moving Sam Porter Bridges across the American wasteland feels 100% better with the new visual and framerate improvements, and stands as one of Death Stranding Director’s Cuts more clear-cut benefits.

It feels as though all the graphical and gameplay aspects of the open-world have been given a fresh coat of paint in the new version, with even the weather effects, zipline traversal, driving, and climbing over mountains feeling clean and modern, aided capably by the sheer greatness of the DualSense controller. The haptic feedback integration isn’t as stark as some other recent titles, but it is there and noticeable, especially during open combat with the MULEs or Terrorist factions.

The soft rumbling of the controller while avoiding the ghostly BTs adds to the tension, and feels more dynamic and responsive than the PS4 version, as does traversal using vehicles and the new Buddy Bot. The Buddy Bot is a helpful new gameplay addition that can carry your gear, accept deliveries on your behalf, and even carry Sam across the harsh terrain when he needs a break. These new game-feel improvements can be experienced more profoundly in the new Fragile Circuit racetrack and the Firing Range’s combat simulation missions. 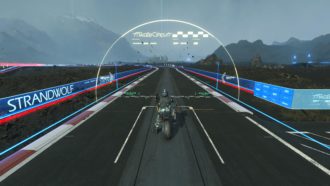 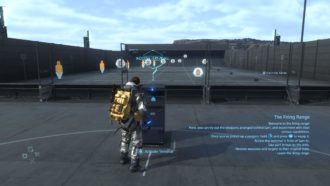 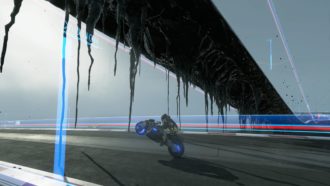 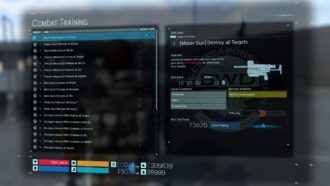 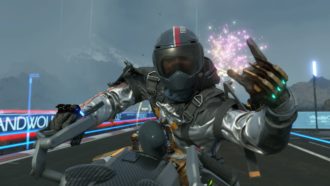 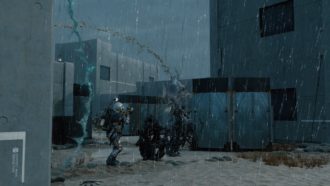 The racetrack is a completely new gameplay aspect that can be built using a very large amount of resources just south of the Timefall Farm, near the Central Region’s southernmost point. Players will receive a mail entry with instructions on how to set it up and access it shortly after importing their PS4 save files, or when they’ve reached a certain milestone during the campaign if on a fresh playthrough. Similarly, the Firing Range will open up and Sam will be able to participate in challenges and scenarios with various objectives and restrictions.

“…this new upgrade falls into the “an inch deep and a mile wide” sentiment; a decent range of improvements, but nothing truly substantial…”

Despite feeling positive about the new improvements and additions to Death Stranding Director’s Cut, I can’t help but feel that this new upgrade falls into the “an inch deep and a mile wide” sentiment; a decent range of improvements, but nothing truly substantial and long-lasting has been included. To make a direct comparison to another PlayStation title, Ghost of Tsushima Director’s Cut packed a tonne of new content, including a whole new campaign and map, for the same price and package as Death Stranding. Unfortunately, once I realised there wasn’t anything more to experience other than rinse-and-repeating deliveries for more “likes”, I felt a bit shortchanged.

The new story content starts off super engaging, and explores some side character’s backstories and motivations, and I was honestly hooked and eager for more. However, there really wasn’t enough meat on the bone and I was left wanting more… a lot more. I know that Sony and Kojima Productions didn’t necessarily advertise a big expansion of story content, but I still feel that they half-assed this aspect of the Director’s Cut in lieu of the inclusion of the PC edition’s Valve (Portal & Half-Life) and Cyberpunk 2077 content. Sure, these missions and side stories are fun, whimsical activities that inject a bit of levity and pop culture into an otherwise bleak and dread-filled world, but what I wanted, and I’m sure many others will want, is more time with the game’s original characters like Fragile, Die-Hardman, and Mama. 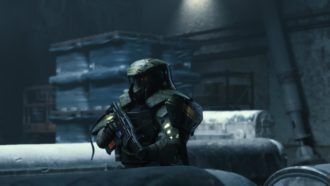 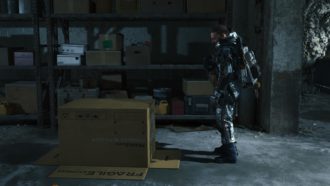 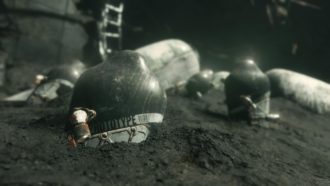 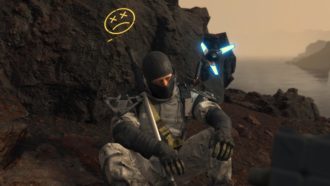 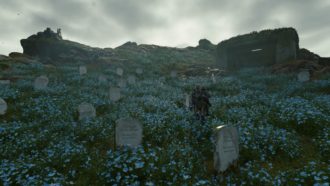 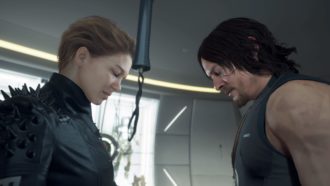 All this considered, Death Stranding itself is still a game that deserves your attention. It was a joy to experience the base game again with a new coat of paint, improved fidelity, and streamlined tutorial guides. While convoluted to some, I personally ranked Death Stranding among the top games on PS4, and the same is still true for PS5 with Death Stranding Director’s Cut. Do not let my laments of the additional content not being sufficient turn you away from a genuinely unique and exceptional experience – it would be a real shame to pass up a gourmet meal because the side salad was lacking.

I am a genuine fan of Hideo Kojima’s work and Death Stranding as a whole, but the lack of substantial new content to justify the additional price of entry holds back Death Stranding Director’s Cut from reaching the soaring heights it potentially could. There is maybe enough new content to keep a returning player engaged for a weekend or so, but there really isn’t anything in this update that couldn’t have been included in a PS5 patch. However, Death Stranding itself is a modern marvel of creativity and risk-taking that I consider a “must play” for anyone who has not yet experienced it, and the upgrades in the Director’s Cut make it the optimal way to tackle this unique journey.