The Destiny universe is currently very polarising – you’re either terrified by how broad and complicated it is or play it religiously with your friends like a cult of fanatics. We have casual fans and absolute diehards on the Checkpoint Gaming team, trying to enjoy the rollercoaster of updates and major expansions for Destiny 2.

With the release of Destiny 2: The Witch Queen, the “most pre-ordered expansion” in the game’s history, there’s a severe threat this nearly six-year-old game is becoming tiresome. Bungie is clearly very aware of its shortcomings and thankfully The Witch Queen breathes new life into the still overwhelming multiplayer world.

The sixth expansion for the MMO harkens back to Destiny’s fan-favourite downloadable content, The Taken King. The sister of the big baddie, Savathûn The Witch Queen, steals and wields the power of the Guardians, the Light. Along with Mars suddenly returning after being taken by the Darkness at the end of Season of Arrivals (otherwise known as Bungie needlessly removing content from the game).

Guardians join Ikora Rey and Eris Morn to explore the returning planet and figure out how Savathûn stole the Light and can use it to her advantage. Players are thrust into an exciting siege of a Cabal cannon to jump aboard and confront The Witch Queen on her ship in the very first mission. Eventually, Savathûn’s Throne World is discovered and the adventure continues through the ornate area.

“There hasn’t been a storyline this important and engaging since Destiny 2: Forsaken.”

The story is the selling point for Destiny 2: The Witch Queen. It’s deep, pulling from the universe’s most acute lore and connecting many dots between events and characters. People who have been following the story since the beginning of the Destiny games will get plenty of satisfaction out of this chapter. There hasn’t been a storyline this important and engaging since Destiny 2: Forsaken.

Albeit, the extent of detail and backstory is a huge barrier. Players who have been out of the loop for only one or two expansions will be immediately lost in all the action. There is a story recap timeline annoyingly hidden away in the corner of the Directory map, but it does a mediocre job at getting you up to speed with everything that’s going on, anyway. If you’re toying with jumping back in after a few years of absence, it’s probably not worth it. Destiny 2 is now a game for the dedicated fans and has brutally left the casual players behind. 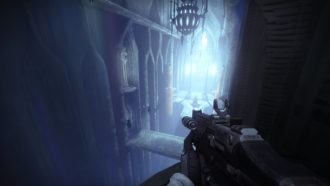 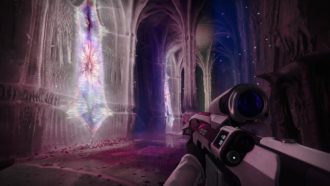 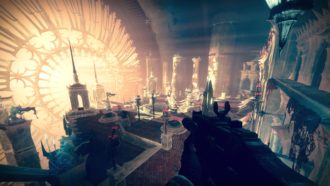 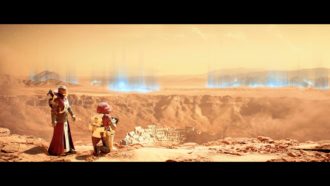 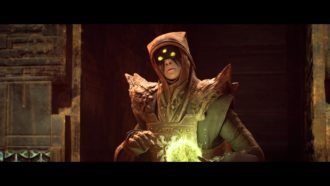 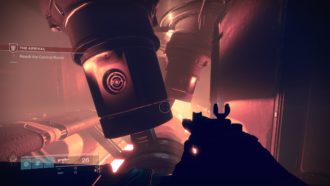 Empowered by the Light

Luckily, as with all expansions, all Guardians get a power level boost at the start of the Season of the Risen. Equipment, weapons, and armour are all raised to the new level floor of 1350 with room to reach power level 1560 by the end of The Witch Queen and into post-game content. While contextually casual players may be lost, Bungie ensures the gameplay can be fun for any level, and the boosts enable friends to join each other’s fireteams and still play together, regardless of how many hours they put into the game in the last year. There is no level gatekeeping here.

The Witch Queen includes four seasons divided throughout the year. With each season, power level minimums and caps are raised by 10. Each season offers a free and paid-tier season pass to acquire gear, currency, cosmetics, and new activities and triumphs. As with other years, some of these activities will only be available during this time and then lost forever into the Bungie blackhole of deleted content.

It’s a vicious cycle forcing you to be checking in and playing Destiny 2 constantly or you’ll miss out on temporary content and loot. For example, with the launch of Season of the Risen, a handful of exotic weapons and an extensive list of activities from Season of the Hunt to Season of the Lost are now gone. Unlike timed events in other MMOs, these aren’t just limited items or world changes; this is lengthy content, sometimes entire planets, that will not be playable in the foreseeable future. It’s rude to the players and the hard-working developers and their beautifully crafted worlds and stories.

“…robust new skill trees allow for very destructive builds… It is exhilarating to feel so powerful.”

While gameplay changes aren’t as significant as Beyond Light, there are still fun updates. The glaive, an oversized devastating sword, can now be equipped from very early on in the expansion. Regardless of class, you’ll be able to wield the powerful melee weapon and crush the Hive and Knights with combos, projectiles, and an energy shield. You’ll also be able to modify the abilities and look of the glaive, a personal touch that helps it align to different playstyles.

Weapon crafting is now introduced, again allowing Guardians to make their own recipe for destruction. Modifications to weapon barrels, magazine perks, traits, and masterwork bonuses are all available. It may sound like a fairly basic system, but it’s quite dense. With the right materials and upgrades, specific exotic weapons from the expansion can be crafted and you can essentially make the exact weapon you need to maximise your stats. The downside is the weapon crafting system only applies to drops from The Witch Queen and excludes any previously saved equipment.

The last significant gameplay change is the refresh to the Void subclasses. The upgrade brings the Aspects and Fragments structure from the Stasis subclasses to the Hunter Nightstalker, Titan Sentinel, and Warlock Voidwalker. The robust new skill trees allow for very destructive builds, the Voidwalkers now able to use overcharged grenades with the devour effect for an epic combo. It is exhilarating to feel so powerful, but unfortunately, these changes demerit the Arc and Solar classes until they also get this special buff. 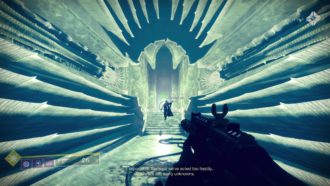 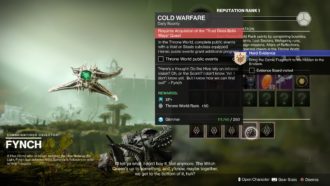 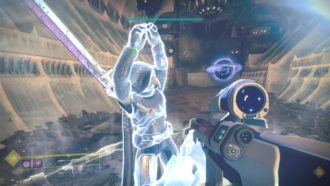 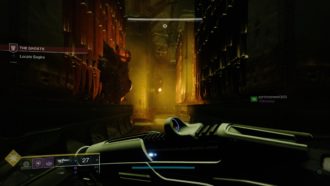 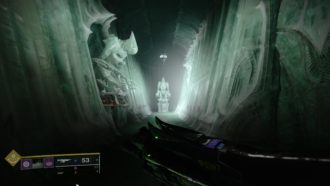 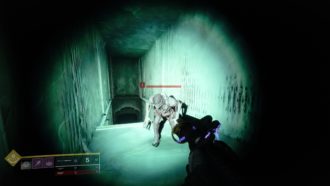 A twisted and elegant wonderland

Being very, very addicted to Elden Ring and its magnificent art design right now, Destiny 2: The Witch Queen does actually impress me more. Savathûn’s Throne World is a sparse and intricately shaped area to fight through. It uses the verticality and close-quarters for platforming and traversal, which is truly fresh for the series.

Looking around the new environment, whether it’s the dark and silent catacombs with elongated architecture and terrifyingly endless pits or the bright and gothic-styled outer parts of The Witch Queen’s kingdom, every mission is an absolute feast for the eyes. The art design is superb and will have H.R. Geiger and space-horror fans eager to explore more.

“Eery, gentle, light, and intimidating all at once with the orchestral soundtrack that will guide Guardians through the also marvellous story.”

Outstanding design in the sound and music is consistent as always. Bungie and Michael Salvatori have done a magnificent job creating a score and feel that reflects the expansion’s tone and spaces. Eery, gentle, light, and intimidating all at once with the orchestral soundtrack that will guide Guardians through the also marvellous story.

While the rest of the game looks and sounds like a sci-fi epic, the user interface (UI) isn’t much better than before. Destiny 2 has always suffered from terrible UI and it continues to worsen with the more content they add. Tooltips in the inventory menu cover half the screen, there’s always just a bit too much going on in the HUD, and as mentioned before, the Directory map is a mess and makes it tricky to find out where to go and what to do. It needs a complete overhaul, to be completely blunt.

Destiny 2: The Witch Queen is easily the best expansion since The Taken King. Savathûn and her story are engaging and thrilling to play, each mission putting the always stunning art and design on display. With glaive in hand, new mighty Void powers, and weapon crafting at your arsenal, Guardians will have a terrific time annihilating hordes of Hive in the campaign and raids. Unfortunately, it’s not a newbie-friendly expansion. The complicated narrative and deep history which is partly unplayable due to removed content, as well as awful UI, make it challenging for even previous players to jump back into the journey. If you’ve been playing Destiny 2 and still are, you need to play The Witch Queen.