Prepare for mayhem—MultiVersus is a new platformer fighting game with famous Warner Bros. characters. The brawler is entering a Closed Alpha stage for fans who have already signed up to participate in the cartoon chaos. Checkpoint Gaming got an early preview of what the looney game has to offer.

While some of the rosters in these crossover games are a little less inspired (looking at you, Warped Kart Racers), MultiVersus clearly has heaps of passion behind it. These characters are fully voiced with the best talent you could hope for. Batman voiced by Kevin Konroy, Shaggy voiced by Matthew Lillard, Harley Quinn voiced by Tara Strong. They aren’t phoned in performances, either.

Fighters all have unique move sets and playstyles without feeling out of place in the environment. Some are similar to characters from Smash Bros., and others are more experimental. For example, Velma is an entirely ranged support character with a meta-game to collect clues and eventually call in an ultimate move. Picking from the class archetypes of Mage, Tank, Bruiser, Assassin, and Support—all with an individual strength in verticle, horizontal, or hybrid combat—there’s a character to suit everyone.

MultiVersus capitalises on characters from the same universe and pairing abilities for devastating combos. Velma can lower Shaggy’s Super Saiyan cooldown for an all-out assault. Wonder Woman has an armour ability to protect allies with attacks that leave them vulnerable, regardless of their universe, so these abilities aren’t always exclusive.

Currently, there are 16 announced characters with only a selection available to play. Considering the free-to-play model and the extensive catalogue of ideas Warner Bros. has to play with, we can assume many more fighters to come as DLC. 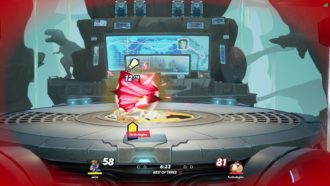 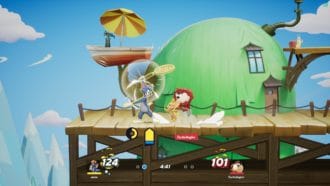 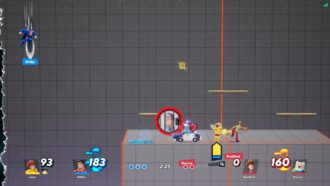 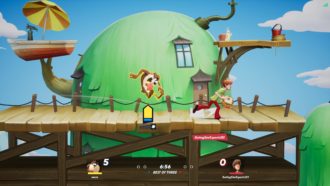 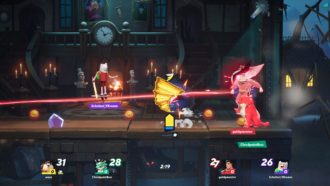 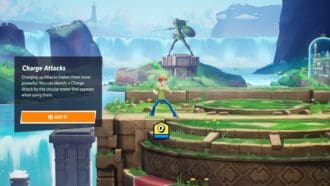 The art design of MultiVersus is vibrant and playful. The Closed Alpha has access to only a few maps from our characters’ legendary worlds, including Batman’s Batcave, Jake and Finn’s Treefort, and a basic training zone called The Lab.

Each with minor tweaks that make them interesting, these maps all follow the familiar structure of the beloved Smash Bros. level Final Destination. Within them are layers of fan service, each with relevant background music and sound effects straight from the respective character’s universe. Batman’s Bat Cave has the triumphant Animated Series theme play as a match comes to its final intense moments. Details like these are very promising for the full release of MultiVersus.

“Even with unlockable goofy cosmetics, quips, and overly animated moves, this converging realm surprisingly fits together.”

With so many different styles clashing together in this multi-universe, everyone still seems to fit in. The more mature characters, like Arya Stark and Harley Quinn, are designed in a way that represents the core of whom they are in this bright and colourful world. Even with unlockable goofy cosmetics, quips, and overly animated moves, this converging realm surprisingly fits together.

MultiVersus has only a handful of game modes to keep things simple. A traditional 2v2 co-op-focused experience or the intense 1v1 and 4-Player Free For All. Players can also refine their skills in training mode or put their skills to the ultimate test in Ranked Competitive.

The game supports online, local play, and custom private lobbies with a group of friends. In our experience during the Closed Alpha, playing a custom game was still unfinished. We encountered bugs like game modes not starting correctly, people dropping out, lobbies not working, and people on teams being randomised or stuck in a free for all.

There are certainly some UX concerns, too. The menus suffer the fate of similar free-to-play games with hundreds of unlockables, battle passes, and game modes. Bloat. As you’ll see from the screenshots, there can be a lot covering up the screen. Hopefully, there’ll be some amendments to the menus and HUD before release. 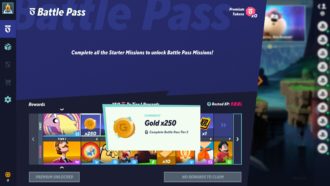 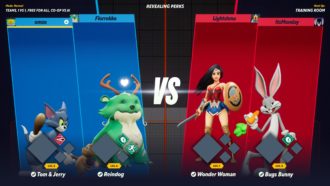 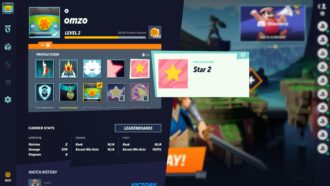 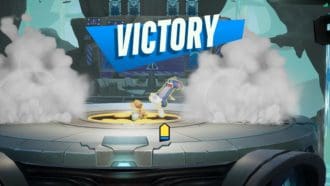 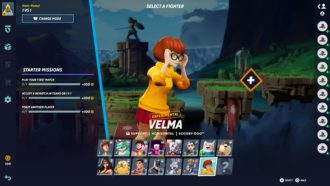 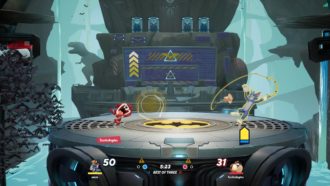 It’s fair to say that MultiVersus looks promising at the moment. There’s fanfare and potential behind this free-to-play fighter that may rival Smash Bros. someday.

MultiVersus releases in July 2022, with an Open Beta period just before launch, for PlayStation 4, PlayStation 5, Xbox One, Xbox Series X|S, and PC.