There are a lot of fun references for Kingdom Hearts fans in Sora’s introductory trailer. Sora’s moveset borrows strongly from the action-RPG combat of his home franchise, featuring melee attacks, magic spells and limit breaks like Sonic Blade. Sora’s alternate costumes reference the many outfits Sora has worn throughout the series, including some of his world-specific looks like the monochrome design from Timeless River in Kingdom Hearts II. Even landing the final blow will cause the camera to zoom in on the attack like the killing blows against bosses in the Kingdom Hearts series. An additional music track will be available for players who own Kingdom Hearts: Melody of Memory on Nintendo Switch.

Along with a new fighter, the upcoming DLC also includes a new stage. Sora’s stage will fluctuate between Hollow Bastion or Dive to the Heart depending on how the battle is going. Interestingly, references to Disney characters, such as Donald’s and Goofy’s faces in the background of Dive to the Heart, seem to be absent. With the character rights shared between Disney and Square-Enix, it is not surprising that loaning Sora out to Nintendo would cause additional hurdles. Nevertheless, the Mickey Mouse emblem at the end of Sora’s Keyblade keychain has not been removed. 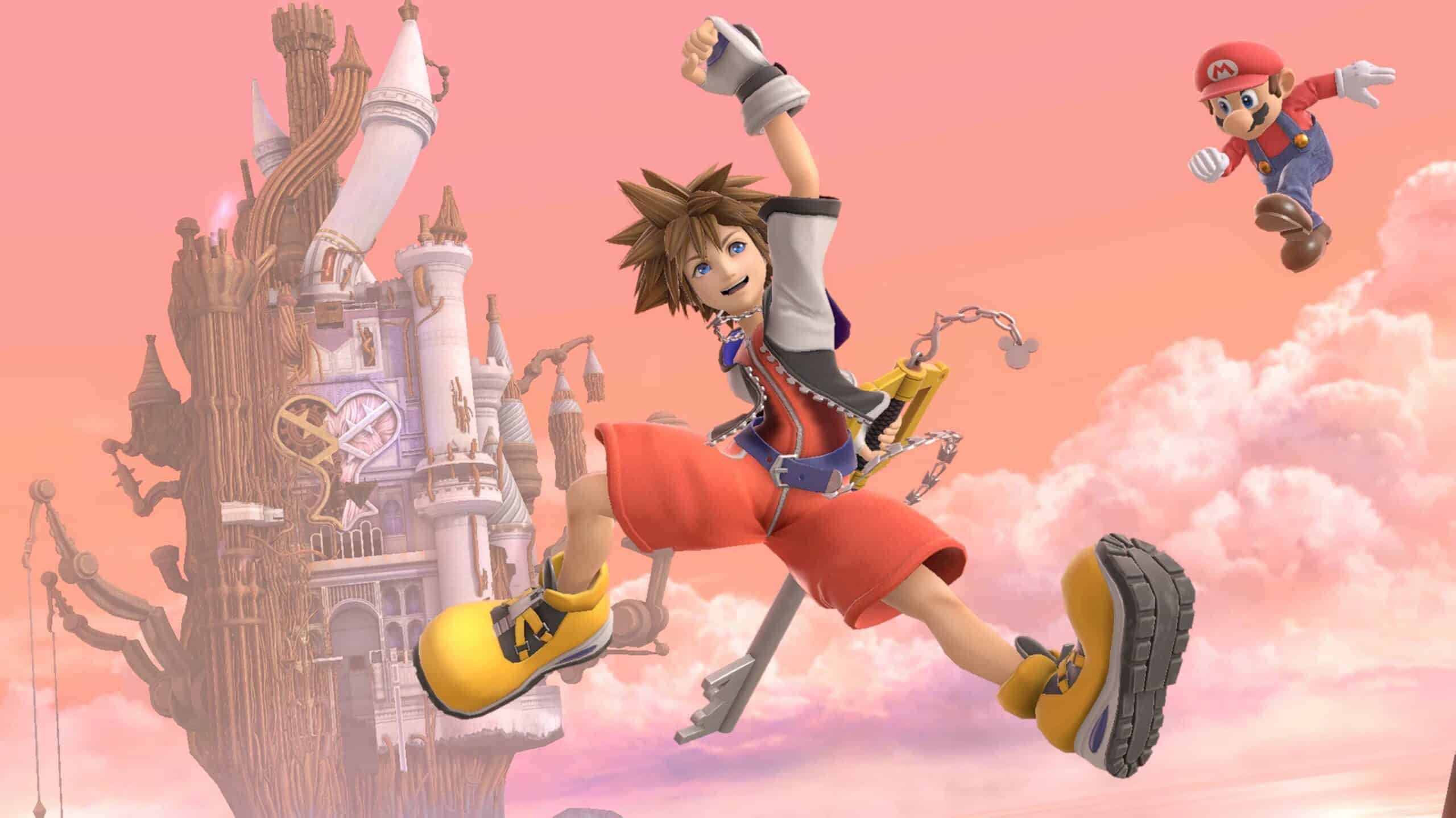 While the final DLC fighter for Super Smash Bros. Ultimate might not be to everyone’s delight (sorry, Waluigi fans), there are many who will welcome Sora’s inclusion. With several other Square-Enix fighters already represented, Sora from Kingdom Hearts was already one of the more predicted announcements.

That is it for the Fighter Packs for Super Smash Bros. Ultimate, and its roster of soon-to-be 82 fighters. Despite Sakurai’s rumoured upcoming retirement, I am sure this will not be the last we see of the Super Smash Bros. franchise. Sora will be available to download on October 18th 2021.