Blizzard gets caught up on the wrong side of politics

Over recent years, politics has ingressed into gaming across a variety of topics. From gun violence, to gender and sexuality issues, to games being censored due to subject matter, especially here in Australia. Unfortunately Blizzard Taiwan has breached its own core values in recent actions taken against a Grandmaster Hearthstone player and two Casters.

The details outlined around the situation suggest that Casters Mr.Lee, and Virtual were unaware  prior to the interview of blitzchungs intended actions. Only informed that they had an interview with a player; blitzchung, and apparently nothing more. Virtual and Mr.Lee found themselves hiding behind their desk as blitzchung celebrated his Asia Pasific grandmaster tournament win. Blitzchung called for Hong Kongs’ liberation from China. Blitzchungs tournament winnings have been stripped and he is banned from official tournaments for one year.

Great ideas can come from anywhere. Blizzard Entertainment is what it is today because of the voices of our players and of each member of the company. Every employee is encouraged to speak up, listen, be respectful of other opinions, and embrace criticism as just another avenue for great ideas – Blizzard Values

According to Virtual, it was only when they saw blitzchungs gas mask and ski mask moments prior to the interview, that he had an idea of what was to come. Virtual stated that he [blitzchung] had no more than eight words to say what he needed to say and then the interview would move on. Blitzchung shouted “Liberate Hong Kong, revolution of our time,” as the casters attempted to hide from the situation to show they had no connection to the message.

The Internet has lashed out at Blizzard

Since this story broke, the internet has responding strongly against Blizzards actions. Reddit has blown up with anti Blizzard memes, as people express their dismay at Blizzards recent action actively punishing blitzchung for his actions and the Casters indirectly involved with the incident. The actions seem to have

To make their point, players are using Mei, from Overwatch, a popular Blizzard PVP FPS game, and the video speaks for itself.

Blizzards reputation has been heavily criticized since it’s partnership with Activision, but for many their recent actions against Grandmaster blitzchung has lead to players deleting their accounts; which according to one tweet, Blizzard has now begun to block leading to the hashtag #BoycottBlizzard. 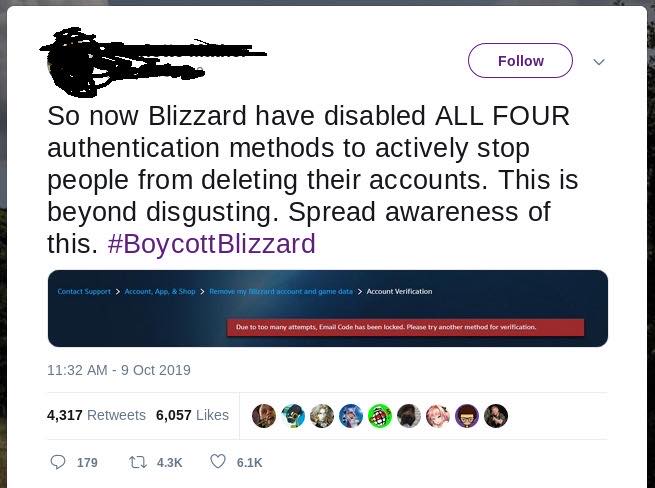 The memes maybe pouring in fast, but they are less targeted at the average upvote or lol, and focuses souley on the point being made about a breach of their core values. One such meme which has gained a lot of support with almost 60k upvotes states that Blizzards reality is that China owns them. 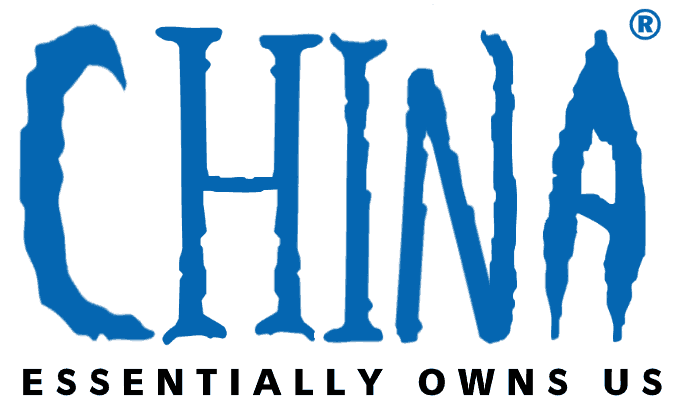 Some players have even made a hefty statement by burning their Blizzard games; for example the post below is by a US Marine. A former fan of Blizzard and now angry at the recent actions taken by the company 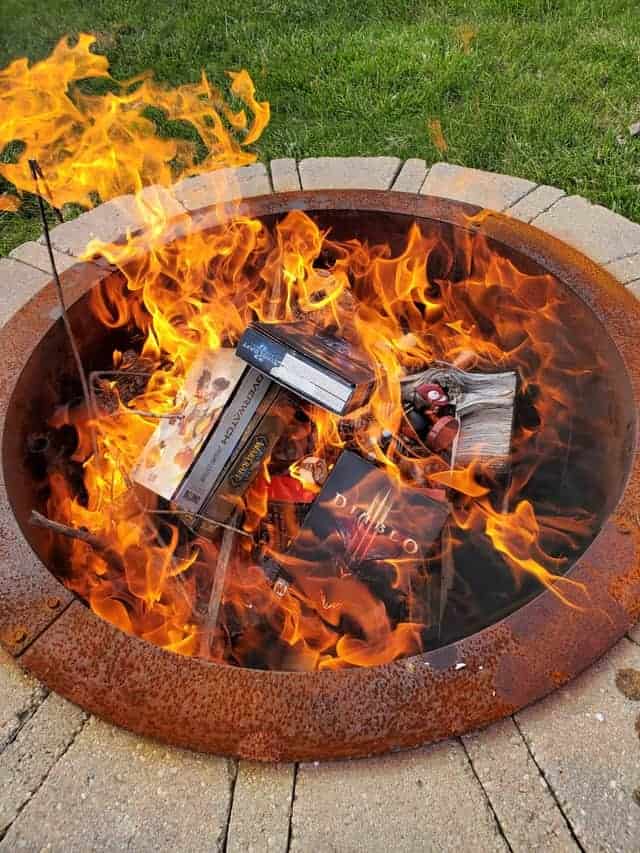 In a heartfelt video, Virtual hosted a stream in which he expressed his sadness at the loss of his job and opportunities. A reddit translation states that he says “[My] Hard work gone in vain. [I’m] banned from Overwatch as well. Casting opportunities are now gone”.

Blizzard release a formal statement on the 12th of October defending their position on the matter. They hold blitzchung accountable for his action in breaking the rules about using broadcasts as a platform for his political view. Blizzard then goes on the explain their actions against the casters; “We hire shoutcasters to amplify the excitement of the game. They elevate the watchability and help the esports viewing experience stay focused on the tournament and our amazing players.” They go on to say that because the casters didn’t fulfill the above duty their suspension stands but it has been reduced to six months.

blitzchungs ban has also been reduced to six months, and his winnings will be reinstated because during the tournament itself he “played nice; played fair”. He is only being penalized for his after tournament behavior.

Blizzard makes clear that they should have better responded to the backlash against their initial actions. The post however fails to apologies for any wrong doing. This is after days of silence. The post was made late on a Friday afternoon. Many feel as if it’s a shallow attempt at damage control given the huge back lash with little actual care for the situation at all.

Blizzards late Friday night post may have done further damage to the way people perceive the once beloved company but it’s efforts to clear the air have left the waters murky and fans disappointed.