Anthem is getting a second lease on life

Time for the next chorus! BioWare’s beleaguered RPG Anthem has infamously not had the smoothest of lives, facing delays, waylaid roadmaps and a fleeting player-base. Thankfully that may be set to change, as today BioWare has committed to a sizable overhaul for the title, which hopes to breathe some much-needed new life into the overall experience.

In a post over at the official Bioware blog, General Manager Casey Hudson gave his honest thoughts on Anthem’s troubled reception.

“I am so proud of the work the team has put into this game, and at the same time there’s so much more that we – and you – would have wanted from it.” That being said, “we recognize that there’s still more fundamental work to be done to bring out the full potential of the experience, and it will require a more substantial reinvention than an update or expansion.”

Rather than try to polish the game as-is, the developers are opting to instead redesign the game on a much wider scale, tackling various aspects of Anthem to make it the best game it can be. Amongst other things, the gameplay and motivations behind it are set for a significant tune-up.

“Over the coming months we will be focusing on a longer-term redesign of the experience, specifically working to reinvent the core gameplay loop with clear goals, motivating challenges and progression with meaningful rewards – while preserving the fun of flying and fighting in a vast science-fantasy setting. And to do that properly we’ll be doing something we’d like to have done more of the first time around – giving a focused team the time to test and iterate, focusing on gameplay first.” Hudson said. 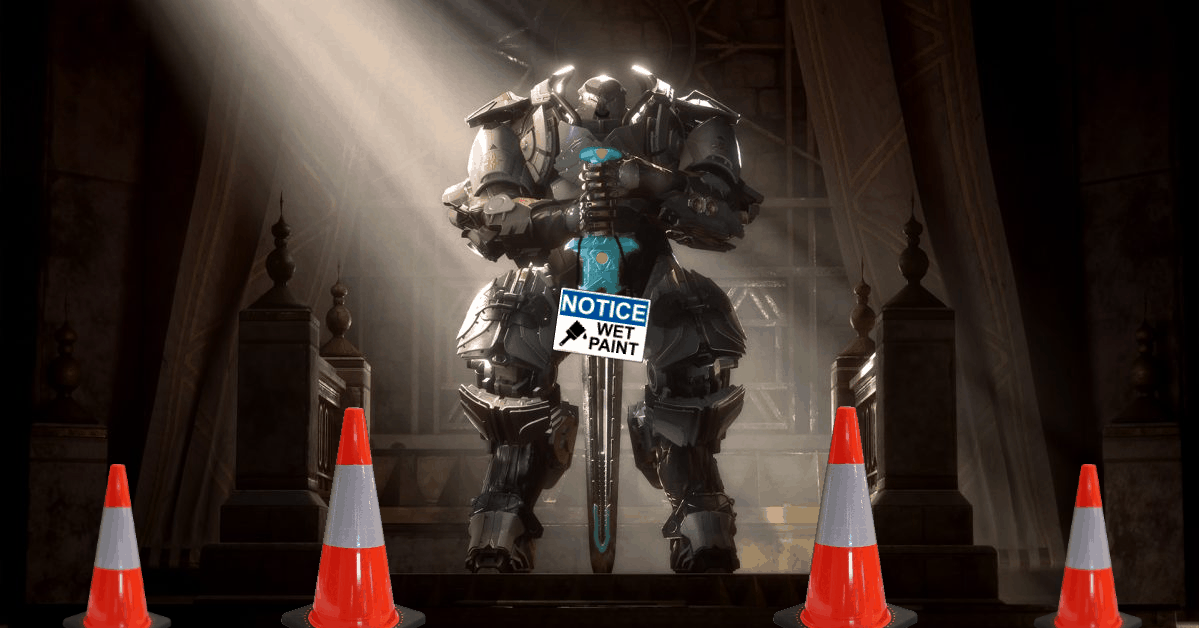 He’s been wanting a new sword for ages

For the time-being, Anthem will continue to run in its current state, with events, seasonal content and the store all plowing along as normal. As for the BioWare staff behind the title, they’ll be going back to the drawing board, in the hopes that the vision they originally had can be realised the second time around.

With any luck, we’ll be seeing a successful revival in the future, something akin to the hugely surprising No Man’s Sky comeback story back in 2018. Will this be a No Man’s Song, or a No More Sales?