Square-Enix has announced a “lite” version of its upcoming title Final Fantasy Crystal Chronicles: Remastered alongside the main release. This free version of the game will provide access to the first three dungeons in the game. What makes it more than just a demo is that owners of the free game can still play the rest of the game in multiplayer, so long as they are playing with someone who owns the full version of Final Fantasy Crystal Chronicles Remastered.

Final Fantasy Crystal Chronicles released on the Nintendo Gamecube in 2004. The title was unusual among Final Fantasy entries for having an overt multiplayer focus. Up to four players can team up and play the game cooperatively, with the remaster bringing cross-platform online multiplayer. While owners of Final Fantasy Crystal Chronicles Remastered Lite will have access to the beginning of the single player game, they can access the rest of the content so long as they are playing multiplayer with a full version of the game.

This mechanic is not unlike Super Mario Run’s “free-to-try” approach by making the first few levels free to access. It also makes a lot of sense to take inspiration from mobile game release strategies, considering the game will release on IOS and Android alongside PS4 and Nintendo Switch. It will also be good for undecided players to try out the start of the game to determine if they will enjoy it, similar to Destiny 2: New Light. 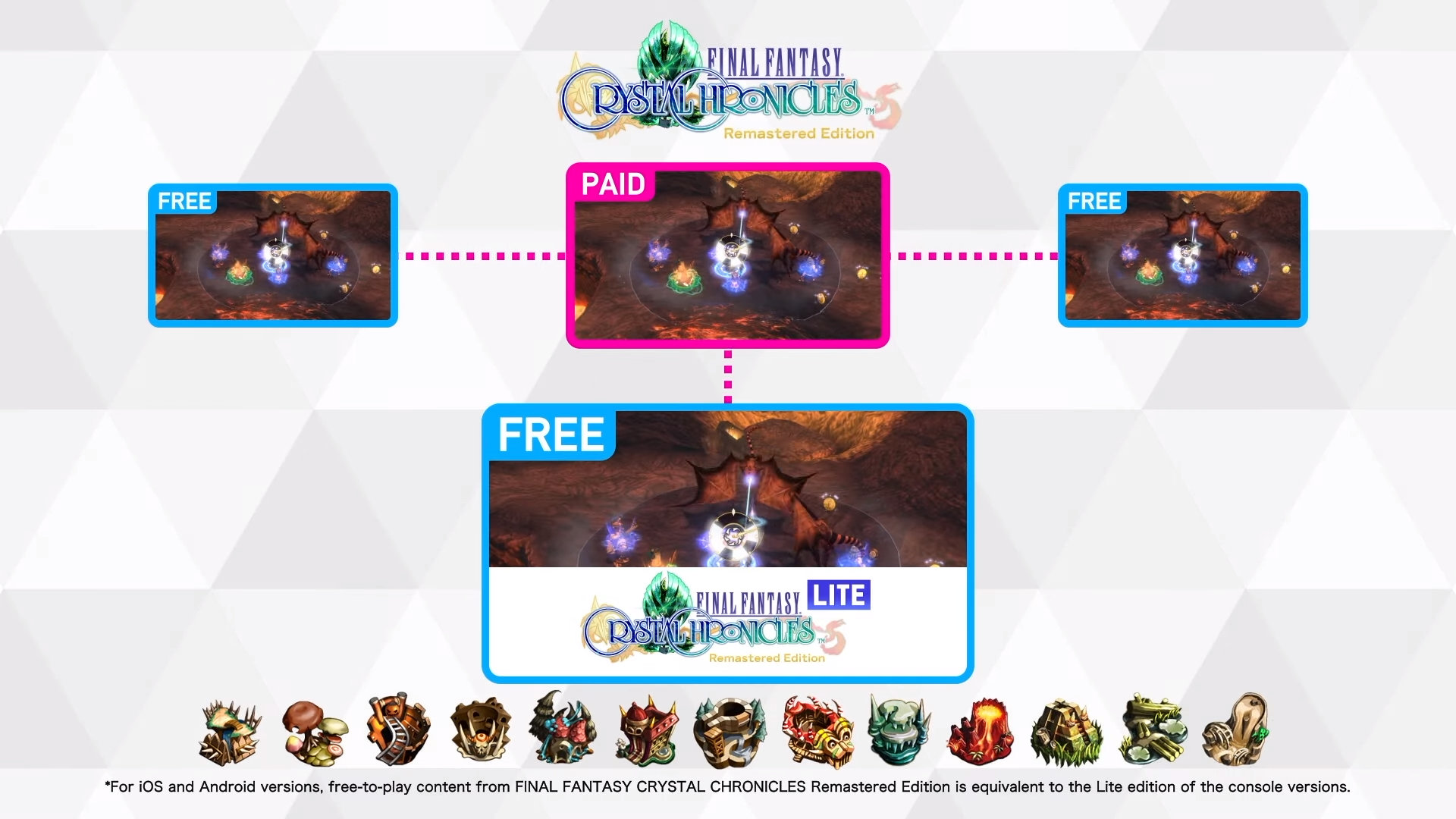 This release strategy will be very good for players with family members or friends that they wanted to play with. We don’t yet have much info regarding matchmaking, which may determine how easy it will be for Lite players to join up with paid players. Considering the multiplayer is cross-platform, at least as many people will be able to play with one another as possible.