A Vampire: The Masquerade Battle Royale is in the works, for some reason

Of all the things that I would not expect to show up in the same sentence, “Vampire: The Masquerade” and “Battle Royale” are two of them. And yet, Swedish developer Sharkmob have announced that they’re working on a Vampire: The Masquerade multiplayer Battle Royale title, set for release next year. Details are somewhat scarce, but they have released a teaser trailer showing off some multiplayer vampire combat.

The trailer presents vampires scaling buildings and attacking one another in a modern European city. They utilise a mixture of guns, blades and vampire powers. At the end of the trailer, the main vampire woman is attacked by an ominous armoured figure bearing the mark of Vampire: The Masquerade’s Second Inquisition. At time of writing, the trailer’s dislikes outnumber the likes on YouTube; not exactly a scientific survey, I realise, but it seems like the game has yet to win over many fans.

“Experience the next thrilling evolution of Battle Royale multiplayer action games set in the cult classic Vampire: The Masquerade universe where vampire sects are at war across the streets and rooftops of Prague,” reads the game’s official description. “Choose your playstyle, go solo or together, battling rivals and the hostile Entity who’s hellbent on exterminating all vampires. Use your supernatural powers, weapons and blood to become stronger in order to hunt, fight and survive the night.” 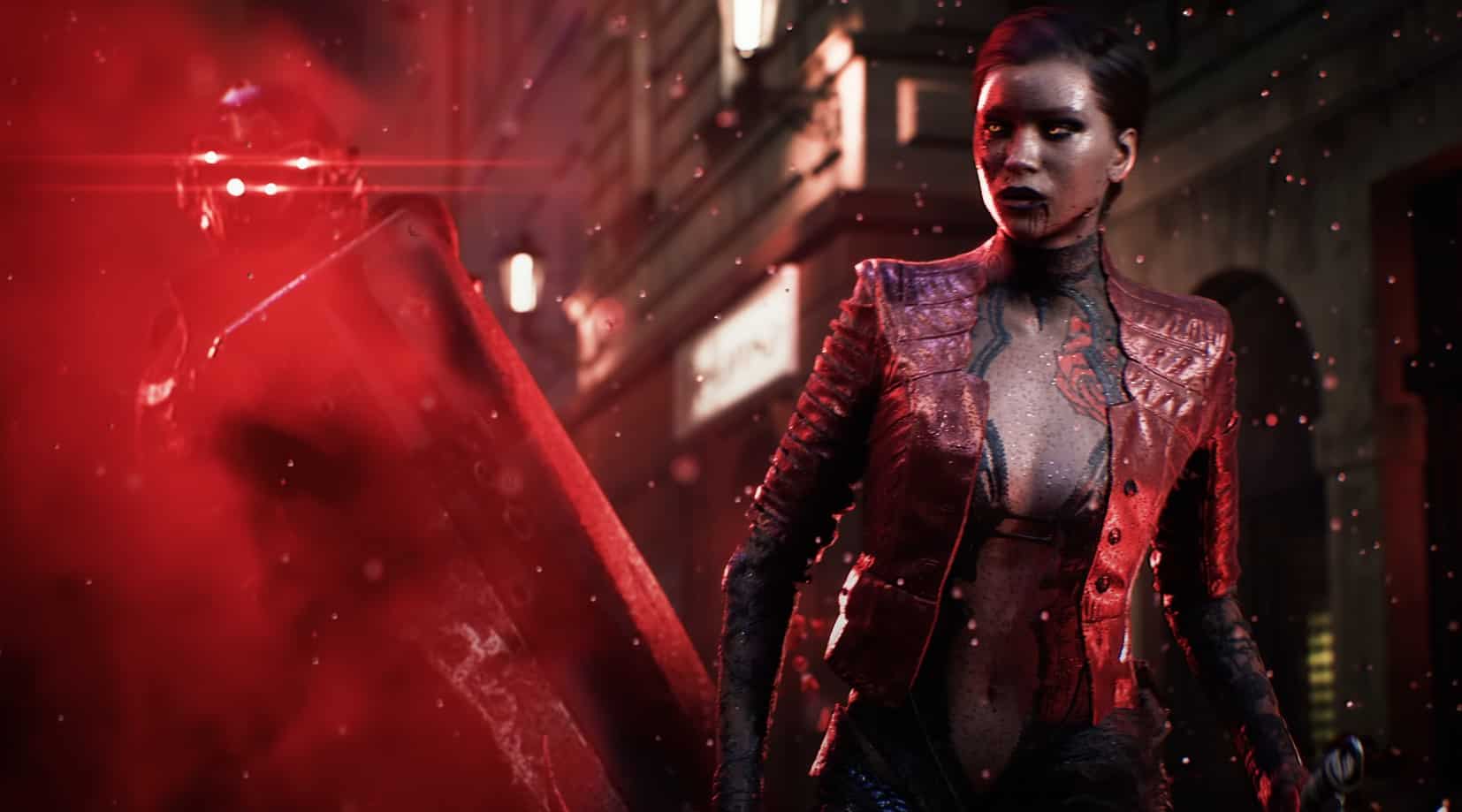 Now, unintuitive combinations of franchises and gameplay genres are not necessarily recipes for disaster. I mean, that time Ubisoft gave Mario a gun and placed him in a turn-based tactics game with Raving Rabbids was also a very odd idea that worked out pretty well. However, Vampire: The Masquerade as a property is beloved by fans for its interesting lore and world-building. These aspects are not generally focused on in multiplayer Battle Royales. Furthermore, while Fortnite continues to crush the competition, the gaming graveyard is littered with the corpses of Battle Royale games that tried and failed to follow in its footsteps. Basically, building a successful Battle Royale is really hard and filled with risk. Attempting to develop a Battle Royale game using a property that most do not associate with online multiplayer is an…ambitious move, to put it diplomatically.