Xbox Series X is not just next-gen; it’s a feeling

The Xbox Series X (and the slightly less exciting Xbox Series S) launches tomorrow, and after months of wondering what the next generation will look like, sound like and perhaps even taste like – no, we haven’t licked the console… yet – you’ll finally get to try it out for yourself. And that’s damn exciting.

We’ve spent the last couple of weeks getting to know our newest black monolithic friend, and as I said in my review, the true “next generation” when it comes to gaming software is probably going to take some time to really show itself. There are some great titles you can test out on day one once you unpack your new console, like Gears Tactics, The Falconeer, Assassin’s Creed: Valhalla, Watch Dogs: Legion and even older games that look amazing today with optimisation like Gears 5 and Forza Horizon 4.

But when you sit there, looking at the screen for the first time, it’s not going to hit you in the face. This generation (and this goes for PS5 as well from what I’ve read and seen) will certainly not be a Mario 64 “wow” moment that changes everything. What it will do, however, is give you a feeling. Like the sweet smell of a café coffee after months of Melbourne lockdown or the fantastic weight that has now been lifted because of a certain orange idiot losing an election, Xbox Series X will give you a feeling. And that’s pretty special. 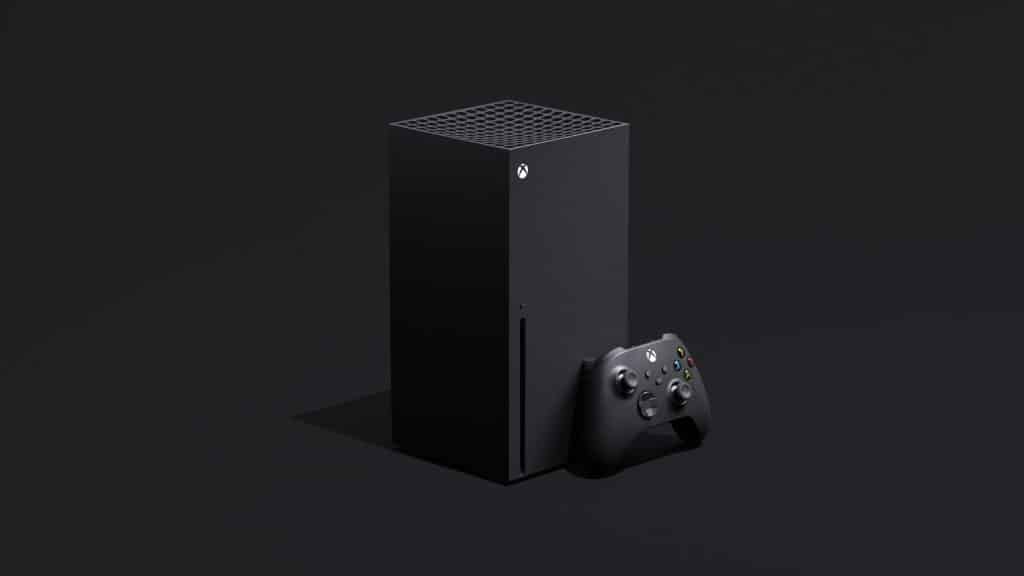 This feeling is hard to describe to non-gamers, that’s for sure, and it’s something that’s not even super visible when playing games on the console for the first time. Don’t get me wrong, games look absolutely gorgeous on the Xbox Series X. Watch Dogs: Legion upgraded to its Xbox Series X|S optimised version over the weekend and the future London depicted looks bloody gorgeous. Yakuza: Like a Dragon has a visually stellar Japan with loads of detail. The extra shading and lighting effects in Gears 5 are noticeably prettier. The sun bouncing off the bonnet of your car in Forza Horizon 4? *chef’s kiss*.

I had my nephew over yesterday, and was showing him the console. I could see at first, my explanation of “doesn’t this look cool?” wasn’t quite landing, and while I’m old, I don’t think I’m that out of touch… yet. Give it another console generation, it’ll happen. So I put the controller in his hand to try out Gears 5 on the Xbox Series X.

He could tell instantly it was improved. The faster frame-rate, the way he held the controller in his hands and moved from one piece of cover to the next, blowing up locusts like nobody’s business. “This is INCREDIBLE”. Different game, story the same. DiRT 5 has its higher frame-rate mode, and you can absolutely feel how much more responsive it is than other racers. Gears Tactics is smooth as a Lancer’s polished metal as you move around the map and zoom in for more detail. He could feel it, and I could feel his hype.

It’s even the little things. Moving around the UI (that you could argue was cumbersome on the Xbox One X) feels like a dream. Loading into games in literally a few seconds still blows my mind, and I love Quick Resume so much. I’ve seen people online be all “wHy WoUlD u PlAy MoRe GaMeS tHaN oNcE tHiS Is dUMb?”. I sort of thought the same, until I tried it. It’s not even about flicking between games for 5 minutes at a time (because yes that is kind of weird). It’s putting down Gears 5, playing several other games for a few days, then thinking “I feel like some Gears 5 again” and then it loading you in right where you were instantly. Again, my nephew gasped.

I guess what I’m trying to get at is… you’ve seen heaps of reviews of this console, and of the PS5 as well. You’ve seen impressions on games, you’ve seen exhaustive lists of features. Hell, when the embargo lifted last week, some websites published 12 articles in short succession, pain-stakingly making you click through post after post with a line or two about “this cool thing I found on my review console that you can’t try yourself yet”. You do you, booboo.

Forget all that noise. But stay hyped. When you try your Xbox Series X for the first time and put it through it’s paces… you’ll understand.

Note: I’m sure we’ll experience a similar feeling with the PS5, so this isn’t intended to praise Xbox Series X as “the better console”, I just haven’t personally got my hands on one yet. Look for our thoughts on PS5 in detail later this week!