If you’ve owned a Nintendo Switch for a period of time, chances are you’ve heard of or sadly encountered the dreaded “Joy-Con Drift”, where one of your Joy-Con’s control sticks will randomly wander off-centre without any real rhyme or reason. It’s such a notorious concern that Nintendo was actually sued back in 2019 over it, which led to them offering free repairs for the issue to its users. These repairs would work for most people… for a time.

The ongoing problem led to a lot of Switch owners turning to sources like YouTube for a solution. Things like cleaning the connectors with alcohol, using air-spray cans, and re-calibrating the stick in the settings all helped some but weren’t truly a fix. Luckily, however, it seems someone has actually found a proper answer to Joy-Con Drift that even Nintendo has seemingly begun to adopt!

The answer to Joy-Con Drift comes to us from VK’s Channel, with a fix so low-tech it’s kind of insulting. Have a look for yourself:

Yep, a piece of cardboard apparently solved it. Obviously the video explains it better than I can (plus the other videos on their channel which I’ve linked above), but essentially it supposedly had to do with applying pressure to certain parts of the Joy-Con that needed to be there to keep everything in check but wasn’t being applied properly. Occam’s razor can be such a jerk sometimes…

Now, given the history of other apparent Joy-Con Drift fixes on YouTube, what makes this any different? Easy! This one has apparently been made OFFICIAL.

Twitter user Chicken Noodle Gamer decided to open up their new Zelda-themed Joy-Cons made to commemorate the release of Skyward Sword HD, and lo and behold, something within had been changed! Look familiar?

Thanks to youtuber VK its known that pressure to the back of a joycon control stick stops drift. I opened my Zelda joycons and noticed strips, theyre not in any joycons me or others have seen. Please share this post. It seems nintendo fixed their biggest issue behind the scenes pic.twitter.com/FgDS1Prh11

A bit more refined than cardboard, but it’s the same setup as VK’s Channel! So it looks like this particular solution may actually be… 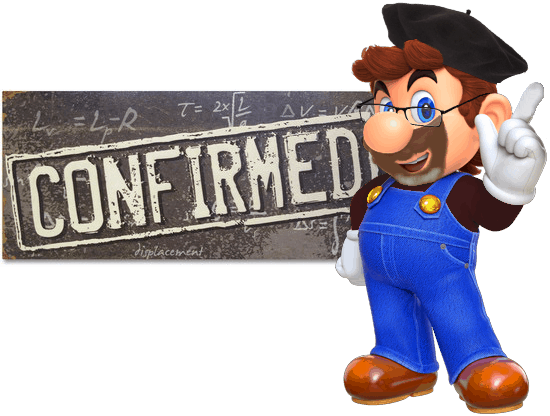 It seems that for now, Nintendo isn’t really talking about this openly, so we may have to rely on word-of-mouth amongst the player-base for news on how this new solution spreads. That being said, don’t just go buying a new set of Joy-Cons and cracking them open if you don’t know what you’re doing. Nor do I suggest tinkering with your old Joy-Cons, even if they’re drifting. This is after all still speculation with nothing official announced. I recommend seeing how this plays out for the time being.

We may begin to see this new method applied to Joy-Con repairs in the future, or likely to newly manufactured models such as the Zelda set above. I’d be willing to bet we’ll also see this fix included with the OLED model Switch when it releases later this year, though that’s purely speculation on my part. This is all assuming it works of course, which still appears to be a source of contention on Twitter. At the very least, perhaps Nintendo has taken a step in the right direction if they’re willing to still tinker with the innards of the controllers.

For those who’ve had Joy-Con Drift issues in the past, why not share your experiences in the comments below? And hey, if you’ve picked up the new Zelda set, how are they faring in comparison? Remember the old saying gamers; if it looks to be good to be true, and it feels too good to be true, then it’s… MAGIC!

Thanks to GameXplain for bringing more attention to this discovery!