Fall Guys going free to play across ALL platforms

Fall Guys will be available on all platforms, including Xbox One, Xbox Series X|S, Nintendo Switch and PlayStation 5 for the first time, and will also be going entirely free to play on June 21st.

Not only that, but Fall Guys will be launching its “most jam-packed and blunderful season yet”, with new challenges and rewards, major updates to the progression system and a new in-game currency dubbed Show-Bucks. While it was announced for Switch and Xbox a while ago now, the ports were indefinitely delayed about a year ago.

Check out the announcement trailer below, where WWE Superstar and noted gamer Xavier Woods interviews the developers about the upcoming changes.

According to the blog post, for players who have purchased and played Fall Guys before, they will be receiving a Legacy Pack, which will contain a nickname, nameplate, the Regal costume, the Veggie Dog costume, the Feisty Dwarf costume – and a Season Pass for Season 1. To make sure you’re eligible for the Legacy Pack, make sure you’ve launched Fall Guys before June 21; if you’ve never launched Fall Guys, you will miss out.

When it comes to the the Season Pass, it is being referred to as “a supercharged version of the free progression path” that can be purchased with Show-Bucks, the new in-game currency. The Season Pass grants you the ability to earn new costumes and other unlockables, with 100 levels to unlock at launch, alongside the ability to unlock the next Season Pass if you max out the current one. It’s noted that for anyone who doesn’t pick up a Season Pass, there will continue to be a free progression path available to everyone, and Kudos will carry over from the previous version for all players.

While it has been available on PS4 and on PC via Steam when it launched back in 2020, it will also be hitting the Epic Games Store for PC, which makes sense given Epic Games acquired Mediatonic last year. The team had previously said that the game would not be coming to Xbox Game Pass, and now that we know they are moving to a completely free-to-play model, that makes a whole lot of sense. 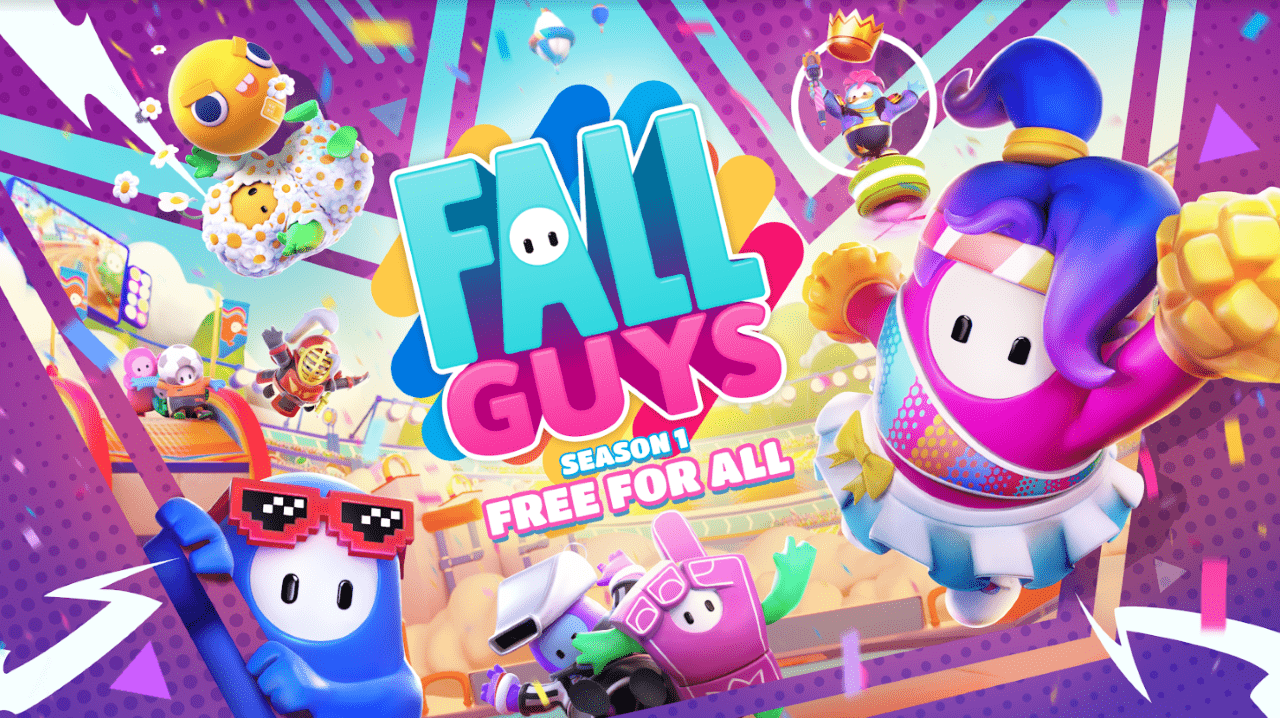 Fall Guys launched as a new kind of battle royale, pitting a bunch of silly-looking jelly beans against one another in games of luck and skill, with the goal being to be the last bean standing. We loved it in our review, praising it as “a rich and satisfying romp that silly yet rewarding”. It’s great to see it hitting all platforms with this new free-to-play model, which should reinvigorate the player base.