Nickelodeon All-Star Brawl is getting voice-acting and in-game items in a free update released about 8 months after the game’s initial launch. The patch adds in vocal performances by multiple actors reprising their iconic roles from other media, including Tom Kenny (Spongebob Squarepants), Billy West (Ren & Stimpy) and Janet Varney (The Legend of Korra). No word on if Chris Pratt is making his debut as Garfield here, however. The patch also coincides with the game’s release as one of the free monthly games for PS+ subscribers in June.

Our next major FREE update is here – and it's a big one! We're super excited to announce that voice acting and items are available TODAY on PC, @Xbox and @Playstation. @Nintendo Switch coming soon! #NickBrawl pic.twitter.com/nTLK5T6zEG

The patch will finally allow characters to speak, and inject a bit more of their beloved personalities from their home media. Usable items, including Sokka’s boomerang, Squidward’s clarinet and the Krabby Patty will also be available to use against your opponents. The patch rolls out today for Nickelodeon All-Star Brawl on PC, Xbox One and PS4. It will be available for the Nintendo Switch version of the game at a later date.

Adding in vocal performances by these talented actors gives this mascot fighter a greater degree of authenticity, and makes the characters feel so much more recognisable as the the ones players know and love from the cartoons. The addition of items will also give the fighting more depth and add more variety. Items can be turned off individually in the options as well, if you prefer the classic experience. 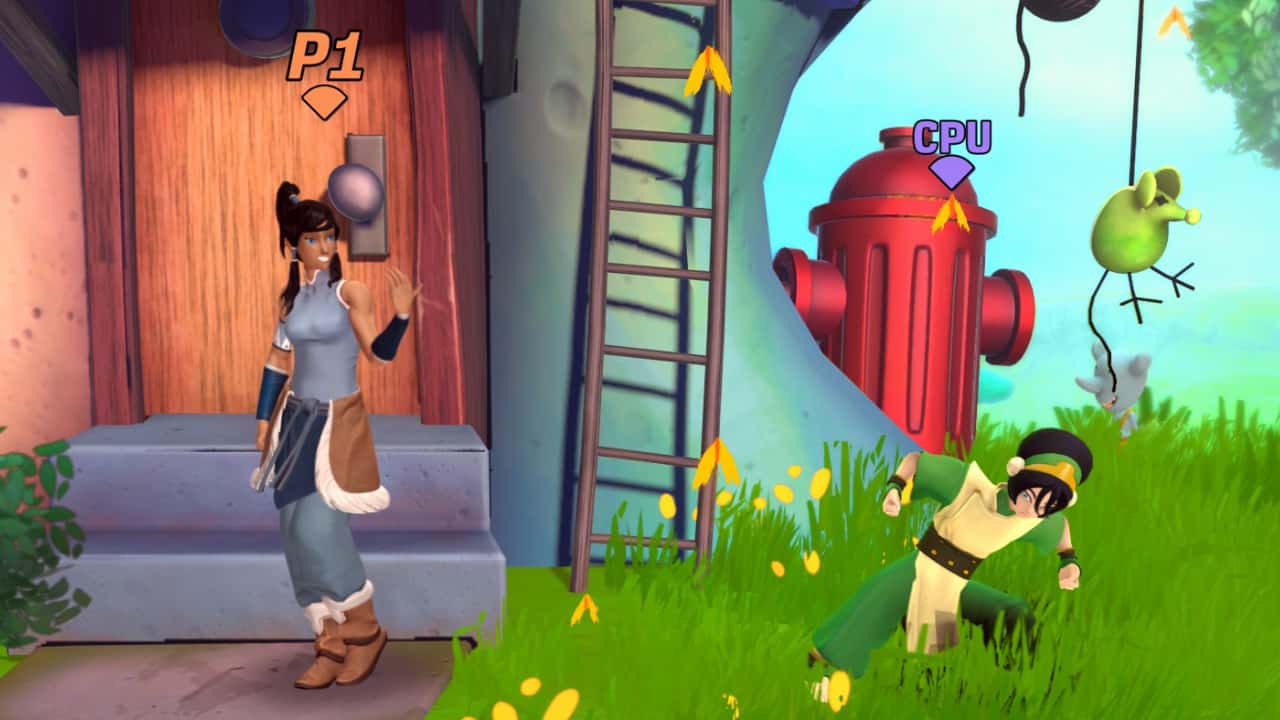 The obvious question on everyone’s mind is…why now, approaching a year after launch of Nickelodeon All-Star Brawl? Competition from Warner Bros.’ free-to-play Multiversus, which also boasts a rich voice cast and high production values, is not an unlikely explanation. Plus, if they were looking for a hook to tempt players to return to it, launching the patch alongside its debut as a free PS+ download is not a bad strategy. Whether it ends up being a case of too little, too late will remain to be seen, particularly as these features probably should have been there at launch.