With the recent confirmation that Overwatch 2 will be free-to-play, many fans wondered what Activision Blizzard’s monetisation model would be. Now, the developers have confirmed that they will be moving away from Overwatch’s randomised loot boxes in favour of more transparent options, including a battle pass system and an in-game store.

“Players will have a lot more control about how they interact with the game and how they acquire new content,” advised lead hero designer Geoff Goodman during the Overwatch 2 reveal event. Following the game’s release, the developers of Overwatch 2 plan on releasing a new Hero every other season. New maps, modes, battle passes and skins will be rolled out on a regular basis as well.

Overwatch 2’s long-anticipated PvE story mode will be coming out sometime next year, several months after launch. The game will feature cross-play, a feature which the first game didn’t get until last year. Cross-progression will also be supported, so players can retain progress from one platform and continue playing on another. 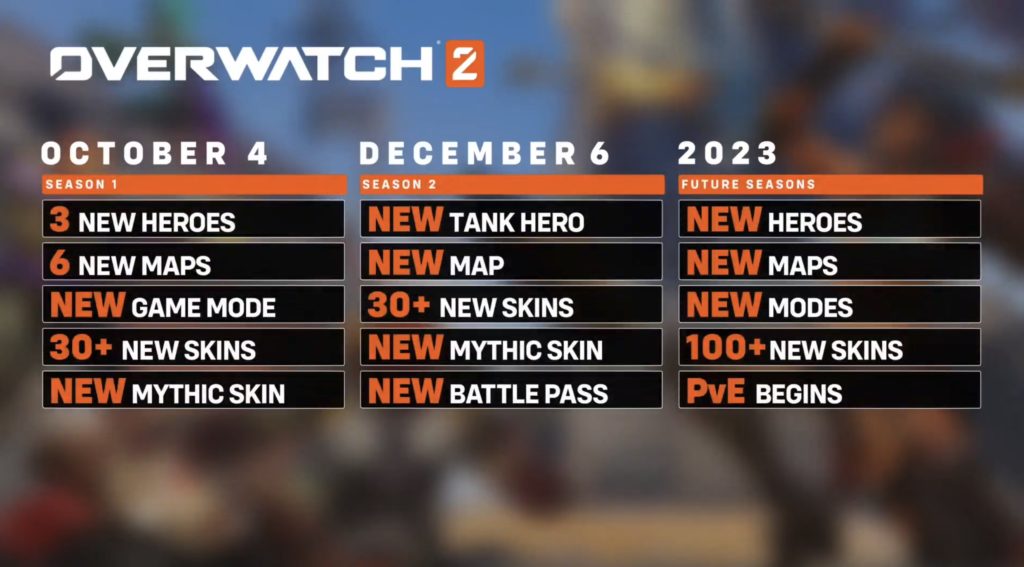 The dropping of loot boxes from Overwatch 2 is definitely a pragmatic choice by Activision Blizzard. As the public has turned on loot boxes as a form of gambling, many jurisdictions, such as Belgium and the Netherlands, restrict the releases of games with loot boxes. This led to the recent free-to-play mobile Diablo spin-off, Diablo Immortal, not being released in those countries, and receiving a truly abysmal user score on Metacritic due to complaints about its predatory monetisation model.

With games like Fortnite and Call of Duty: Warzone utilising direct in-game stores and battle passes, it makes sense that Overwatch 2 is taking these industry developments on board and moving away from loot boxes. That said, we will still need to await more info regarding how much the battle passes will cost and how the in-game store will function.