Even though the Wii U was not the success that Nintendo wanted it to be, the Switch has been Nintendo’s opportunity to give many underappreciated Wii U gems new life. Games like Mario Kart 8, Hyrule Warriors and Donkey Kong Country: Tropical Freeze have all arguably found a better home on Nintendo’s hybrid console. Now, New Super Mario Bros. U Deluxe is the latest Wii U port to come to the Switch, bundled with added extras and all the original DLC. So is this particular re-release worth your time?

There is sort of a twist in the formula in that Bowser successfully takes over Peach’s Castle, with that setting serving as the final world. It’s overall a fairly basic Mario plot, however, and if you have played another 2D Mario platformer, you will probably know what to expect.

Fortunately, the gameplay succeeds, with a great mix of old and new. It almost feels like a “Greatest Hits” compilation of all of the best aspects of previous 2D Super Mario games, with a large number of different powerups and level gimmicks to keep surprising you.

Many levels have secret exits, which lead to bonus levels and shortcuts to new worlds. Even the Castle levels at the end of each World feel distinct from one another, even if the Koopaling bosses in each world reuse a lot of the same tactics for each fight.

There are several new additions to the Switch port specifically, which include two new playable characters. These have been added as an easier option for playing the game.

Firstly, there is Nabbit, the thieving purple rabbit man. His gimmick is that he is virtually immortal. He literally just runs through enemies and dangerous projectiles. He can’t pick up powerups, but considering he can’t be damaged, he doesn’t need to.

Even large hazards such as Bullet Bills and spikes just stun him for a second. He can still lose a life to bottomless pits and lava, but you will still have a much easier time playing as Nabbit. This character is perfect for speedrunning or searching for Star Coins or secret exits. Nabbit is also perfect for younger gamers looking to play with more experienced friends or family members.

The other new character is Toadette, who is mechanically quite interesting. On the face of it, she plays like a slightly faster and more responsive Mario, and can pick up the same powerups. However, if she uses the new Super Crown powerup, she turns into her much better “Peachette” form.

Peachette is a different kind of easy mode. Peachette is able to glide with her skirt, gets a bonus jump by pressing the shoulder button, and can be saved one time from a bottomless pit. She reverts back to regular Toadette if she is damaged or collects another powerup. I played through much of the game as Toadette, as she was so fun to use. Furthermore, playing as Nabbit and Toadette adds an extra 100 seconds to the level timer, taking some pressure off players to rush through the level.

The local multiplayer worked very well, and was an enjoyable way to play through New Super Mario Bros. U Deluxe. It was very easy to set up mid-game, with two or more players using single joy-cons. Unlike New Super Mario Bros. Wii, the characters don’t bounce annoyingly off one another, so you are unlikely to accidentally send your fellow player characters into pits just by brushing against them.

The streamlined level design and “easy” options of Toadette and Nabbit also solved the problem Guacamelee! 2 had, where characters would get stuck on the scenery and the camera would struggle to keep everyone in frame. 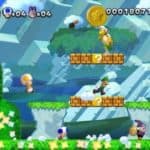 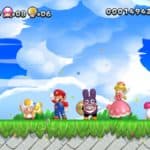 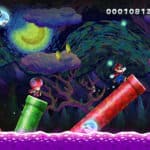 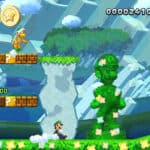 That said, whilst this is the culmination of decades of iterative design of Super Mario Bros. platformers, there are also problems that have been ingrained in the series for years that New Super Mario Bros. U Deluxe hasn’t fixed. For instance, the lack of a hard save system. The game allows you to save your progress at the end of every Tower or Castle level, which are placed every 3-4 levels.

There is a quicksave option if you want to stop playing at any other point, but those are deleted when you load them up. As such, if you absent-mindedly turn the game off without quicksaving first, you lose all your progress since the last Keep or Tower level.

Admittedly, it isn’t the biggest problem in the world, considering the short levels and frequent Tower and Castle levels. However, I can’t think of any good reason for that system being there in 2019. You do eventually unlock a proper save system, but you have to beat the game first, which is bizarre.

Still, you’re definitely getting a lot of bang for your buck here. In addition to the full base game (which includes a surprising amount of post-game content), it also includes the New Super Luigi U campaign.

This mode, originally released for the Wii U version of the game as DLC, is essentially the full game again, albeit with shorter, more challenging levels, as well as much floatier movement physics. Whilst it took me a while to get used to this mode, I ended up enjoying it a lot, and think it is well-suited to players that are looking for a greater challenge. 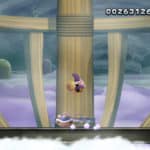 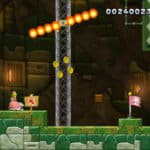 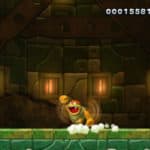 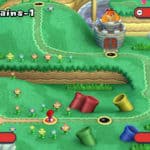 This doesn’t even get into many of the bonus modes, such as the multiplayer-focused Coin Battle mode, a special challenge mode consisting of extra-hard tests of skill, and the speed-focused Boost Rush mode. In between achieving high scores in these challenges, and finding every Star Coin in both campaigns, players looking for 100% completion will have plenty to do. However, many of these features were also present in the Wii U version, and veterans of that release may not find enough new features in Deluxe to justify another purchase.