There’s no doubt that shooters are often the most anticipated and most popular commercially and critically, year in and year out. It’s frustrating for those who don’t value online multiplayer, as so many of these games are built around a social, competitive platform, often with enjoyment dictated by the communities who frequent them.

Games like Call of Duty and Battlefield with their yearly new editions, along with franchises that have carved their own niches such as Gears of War and Borderlands, have laid some very positive foundations for shooting games as a genre;. 2016 was a year that really capitalized on these foundations, making it one of the most successful years for shooting games in history.

One of the largest anticipations was the reboot of DOOM. Once the king of FPS, recent editions of the franchise have fallen flat, unable to capture the magic that once made it so successful and such an integral part of gaming in the early 90’s. Everybody with a computer had DOOM on it back then; some of my fondest memories were playing it at my Dad’s mates office; even as a kid I could tell it was pretty special.

While the multiplayer wasn’t quite sure what it wanted to be in the end, the campaign was incredibly strong and felt like a bit of a comeback, with fast-paced action and relentless demonic enemies constantly flowing onto your screen, it was everything a trip to Hell should be, but… you know, probably better.

The staples of the genre definitely brought it this year, tweaking what made their original formulas so good, creating a pack of incredibly strong sequels from experienced developers. Gears of War 4 began a new story while maintaining the awesome action set-pieces that made the previous games so inspiring, bringing an original Gears game to the Xbox One since it launched back in 2014.

Not to be outdone, Battlefield 1 showed that it is certainly not just another war game by really experimenting with its narrative and story-telling. Rather than one big conspiracy or playing as the same soldier throughout, it gave perspectives from different characters across different wars, showing the impacts of these devastating battles and how it can ruin you on an individual level. It was powerful stuff.

Then there’s Titanfall 2. The under-rated yet stunning sequel to a game that was ignored by the masses due to its multiplayer-only gameplay, Titanfall 2 brought a campaign into the mix that played like a highlight reel of memorable moments.

There was no filler or disjointed feeling in any of the levels, and the exploration of the cute buddy relationship between Pilot and Titan made for a riveting adventure that was bundled with super-solid multiplayer modes as well. Basically, it’s a must-have.

Oddly enough, it was Call of Duty who dropped the ball this year with Infinite Warfare. Shooting your way through space while leaping from ship to ship with high-powered weaponry must have seemed like a necessary step, but ultimately felt like a gimmick. Where other games went back to their roots and felt focused on engaging and memorable experiences, COD played it safe.

Publishers are clearly aware of the sales-pull of the franchise though; EA intentionally launched both Battlefield 1 and Titanfall 2 within 2 weeks of the yearly shooter giant, in an effort to cut into its profits. While this made a dent, Titanfall 2 as the newest and therefore most unfamiliar IP was the one to take the biggest hit, which is a shame as it is (arguably) the strongest of the three games; perhaps one of the strongest shooters I’ve ever played. 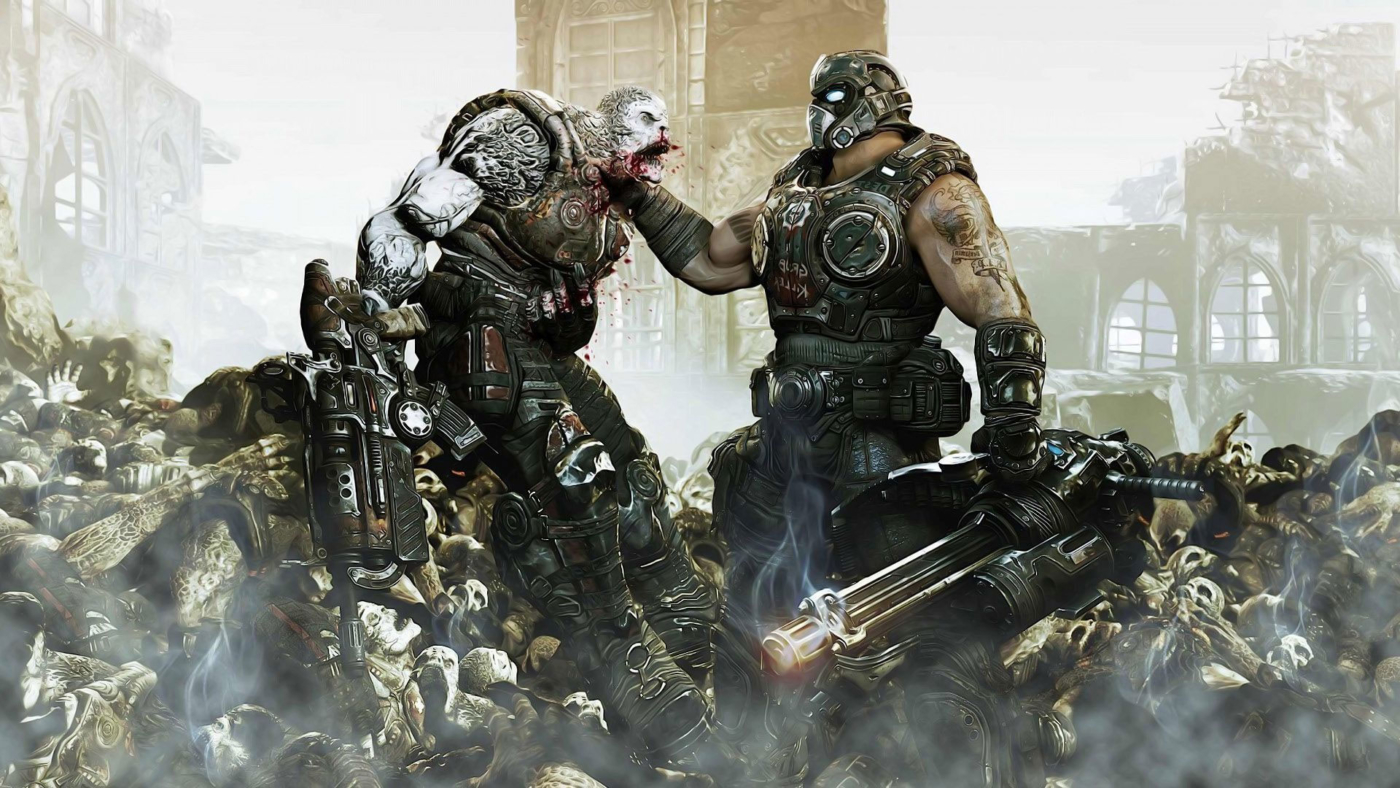 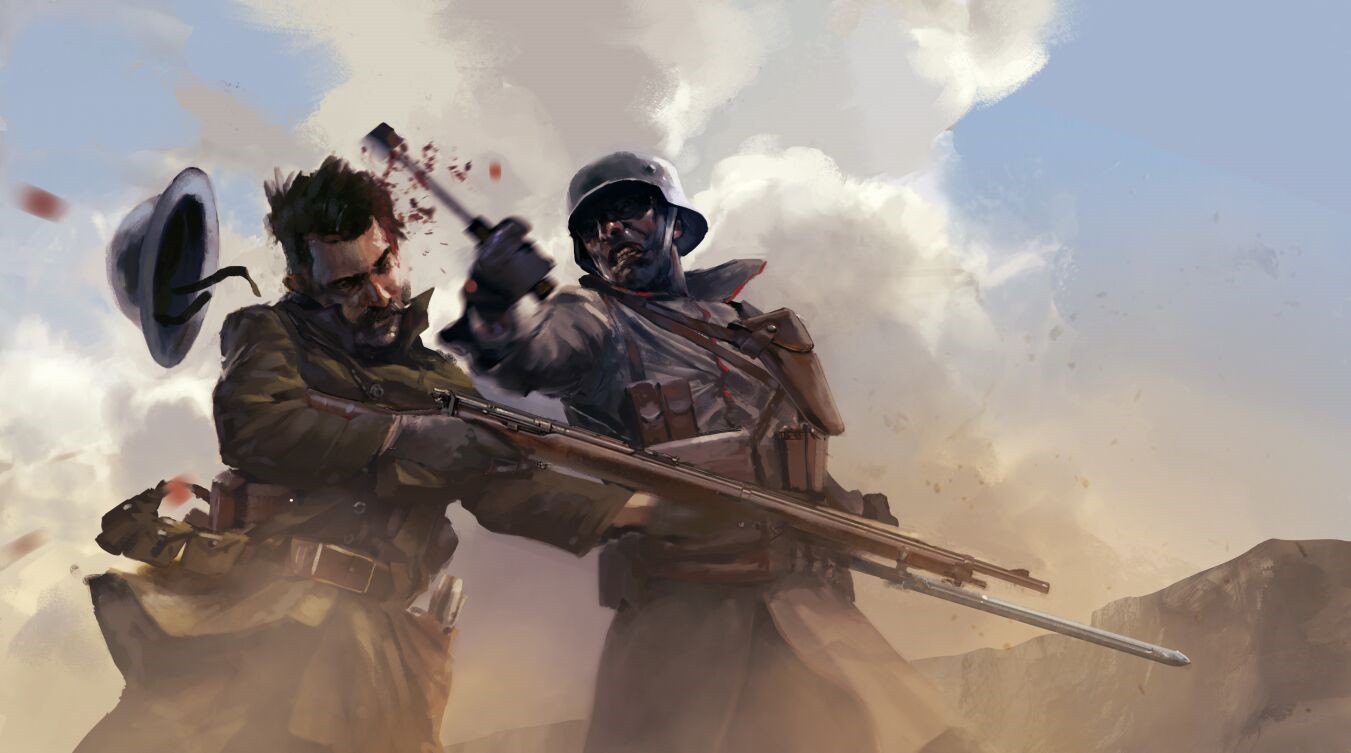 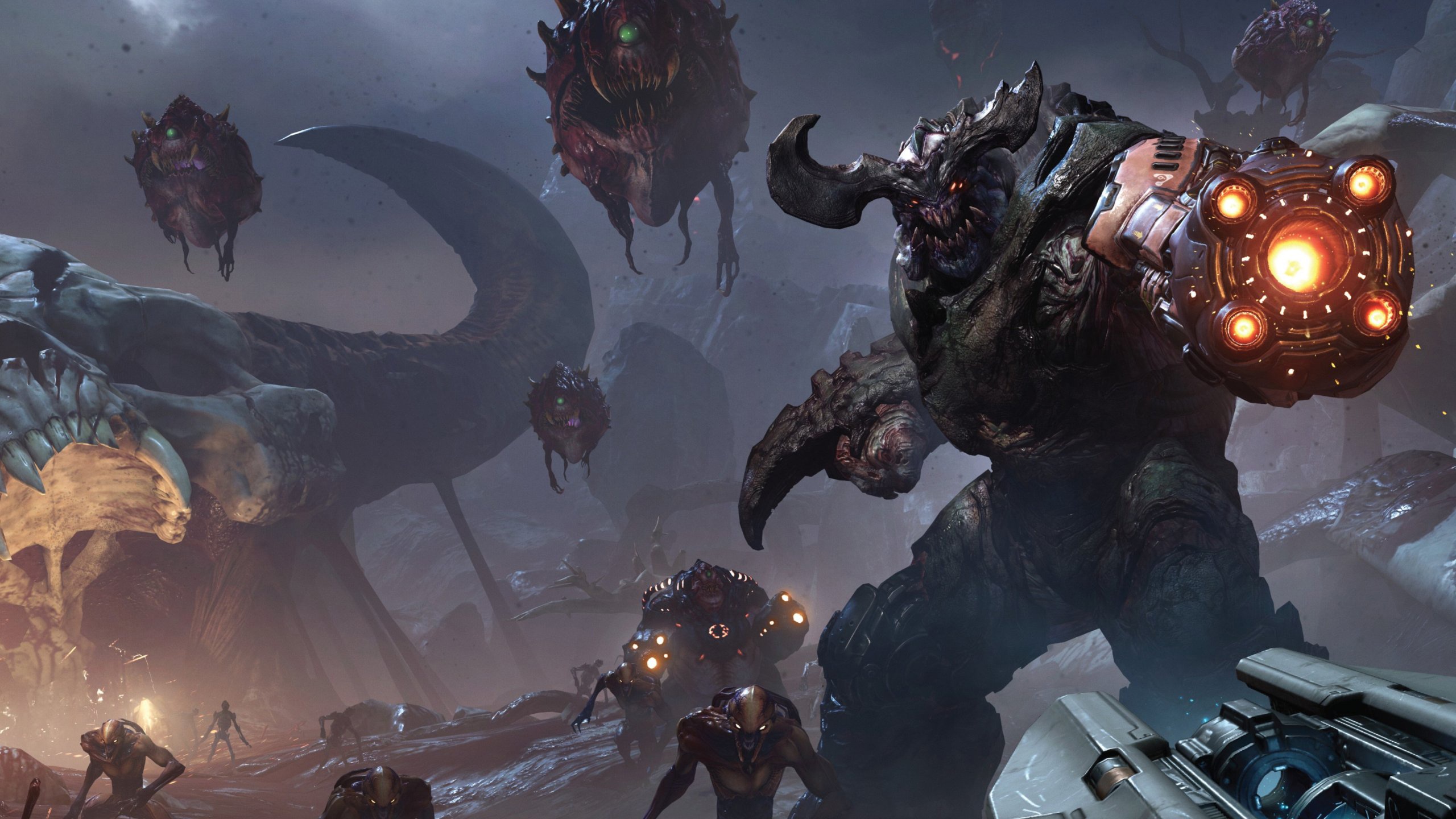 Almost forgotten about now, which is super weird to be honest, is the shooter that had everybody on board back in March 2016… The Division! Here was a game that presented a massive open world, cooperative online play and an innovative new space known as The Dark Zone, a hostile environment that had super-strong enemies, the best loot available and other players just like you forming alliances and betraying one another all in the name of the next big shiny weapon.

The player base dropped off afterwards in a big way, partially due to waning interest but also because there were some bugs and balancing issues that rendered certain sections of the end-game almost unplayable. Still, it’s a game I can’t help but go back to. With two expansions out now and another on the way, the issues have mostly resolved, and the player-base is currently thriving. On reflection, it’s no wonder that The Division quickly became Ubisoft’s highest-selling new IP with a movie adaptation on the way.

Of course, it would be awful of me to not mention Overwatch, which is by far the game that I’ve personally put the most hours into this year overall. It’s no secret that Blizzard make damn good games, but the team-based shooter combines clever characters, a variety of abilities and the freedom to change tactics on the fly, making every match feel different.

You only have to look at the internet for a few minutes before seeing a reference to Overwatch, whether it’s a “Play of the Game” video, fan-art depicting characters in strange romances or just the fandom and support from a large community of people who can’t stop delivering that payload time and time again. While it has been bogged down by some troubles with its competitive mode more recently, it’s still an achievement in every sense of the word and has been a constant reminder of the power of shooters and the passion of those who play them.

Then there’s Battleborn and Plants vs. Zombies: Garden Warfare 2. Remember those? In a different release window, both of these games had the potential to thrive. Battleborn, a team-based shooter with colourful characters, released directly before Overwatch, which to the uninitiated essentially looked the same (except with that Blizzard flavour).

PvZ: GW2 on the other hand is actually one of the better shooters to release this year, featuring a lot of decent single player content with a very solid multiplayer mode. Perhaps the branding is what held it back from being a big success, but once you look past the cute flowers and silly looking undead, it actually set a pretty good tone for what we saw from the year that followed: Developers who understand the true mechanics of what makes multiplayer shooters work the best. Well-balanced, simple to learn but difficult to master and an overall package that shows value, whether that be amount of content or just high production quality. The tone has officially been set, which bodes well for the future… 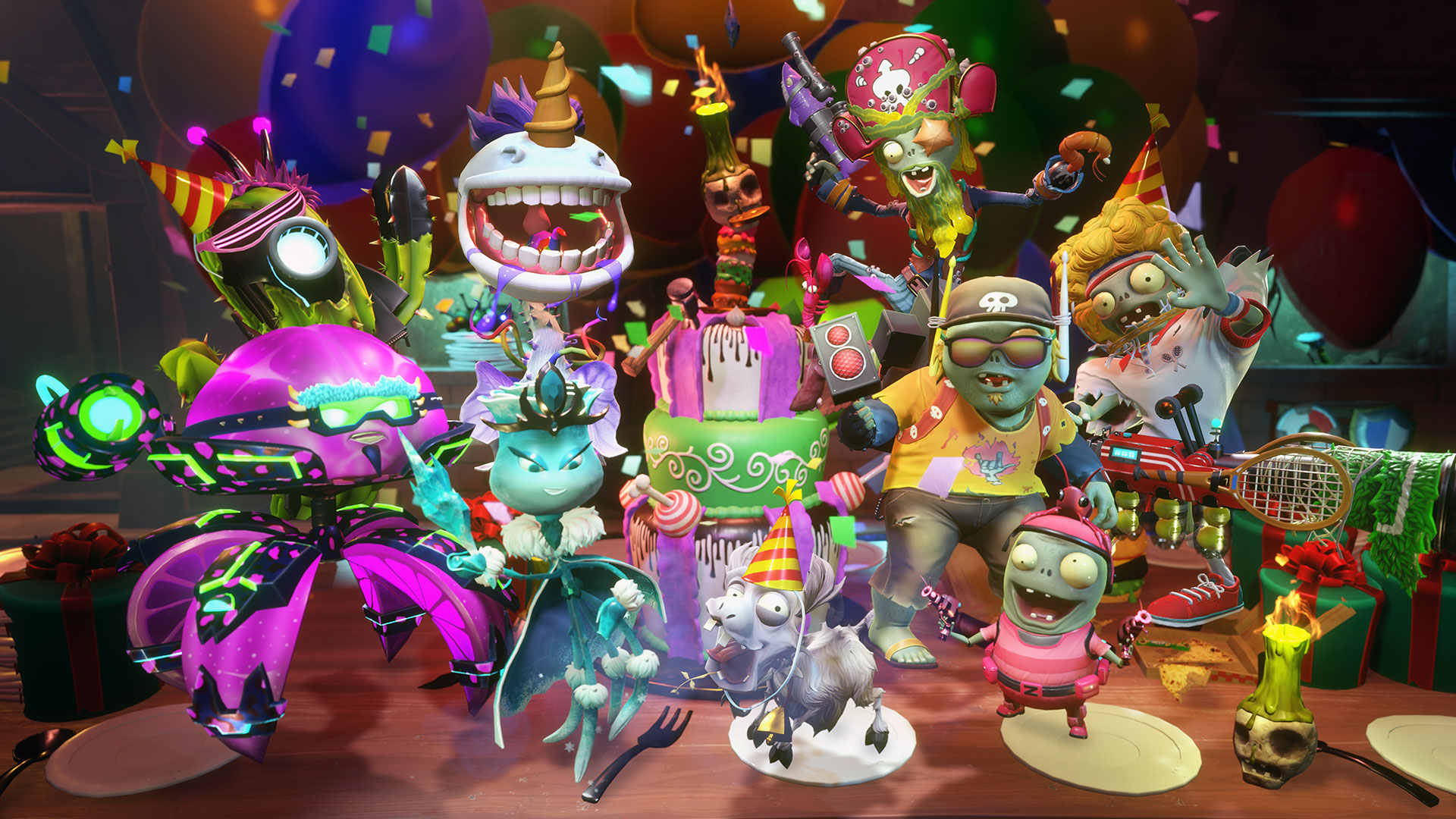 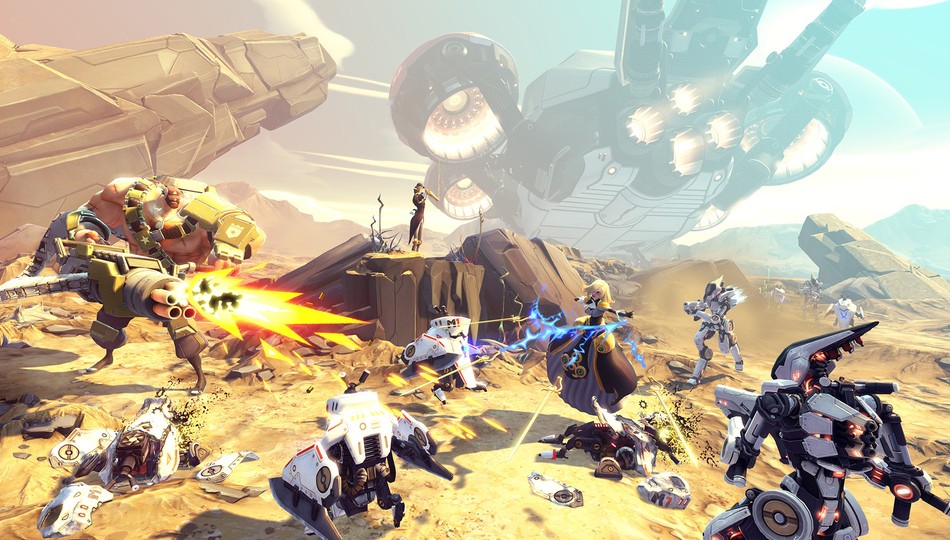 Is it any wonder that the official Game of the Year awards this year featured three shooters (DOOM, Titanfall 2 and Overwatch) out of the 5 top nominees?  Hell, you can count Uncharted 4 in there as well; despite being an adventure game, half of it is spent in cover-based shooter combat. That left INSIDE (a wonderful game and spiritual successor to Limbo) as the only non-shooter nominated for this prestigious award.  Not surprisingly, Overwatch got the win, much like it did in our own Checkpoint Game of the Year awards.

2017 already has Ghost Recon: Wildlands, Quake Champions, Insurgency, a likely Destiny 2 along with inevitable new versions of several titles featured above. Let’s hope the innovation of these titles lives up to the shooters of this year, as they have some pretty big shoes to fill.