The video game industry is no stranger to troubled developments and executive meddling. One of the more high-profile examples of role-playing game plagued by a rushed development cycle was BioWare’s Dragon Age II. The successor to their smash hit Dragon Age: Origins, Dragon Age II was given less than a year and a half of development before it released in 2011. Frankly, it’s kind of a miracle the end result was still good, even with its repetitive environments and underdeveloped narrative.

After the recent release of Zack Snyder’s Justice League, which reintroduced hours of cut content into the similarly troubled Justice League film from 2017, many have turned their eyes to other productions and wondered what kind of material ended up on the cutting room floor. Describing the game as “THE Project of Multiple Regrets” on Twitter, Dragon Age II lead writer David Gaider (who is currently with Summerfall Studios) responded to this query by describing some of BioWare’s plans for the game that never made it into the end product.

"If you could Zack Snyder DA2, what would you change?"

Wow. I'm willing to bet Mark or Mike (or anyone else on the team) would give very different answers than me, but it's enough to give a sober man pause, because that was THE Project of Multiple Regrets.

Firstly, Dragon Age II’s setting of Kirkwall was originally going to progressively change over the story’s multi-year span. This would make Kirkwall “feel like a bigger city”, with more crowds and generally feeling more lived-in. Other plans were for the time skips between Acts to be reduced to weeks or months. Gaider acknowledges that this change probably should have been implemented once the progressive changes idea had to be scrapped.

There were also some story elements revolving around the player character Hawke being at risk of becoming an Abomination if they are a Mage. Considering the central story conflict revolves around Mages and Templars, with a vicious cycle of Mages turning to blood magic and becoming the Abominations that the Templars accuse them of, the fact that a Mage Hawke does not struggle with the pull of demonic possession felt like a bit of a missed opportunity. Putting those ideas to one side was “a hard cut”, according to Gaider. 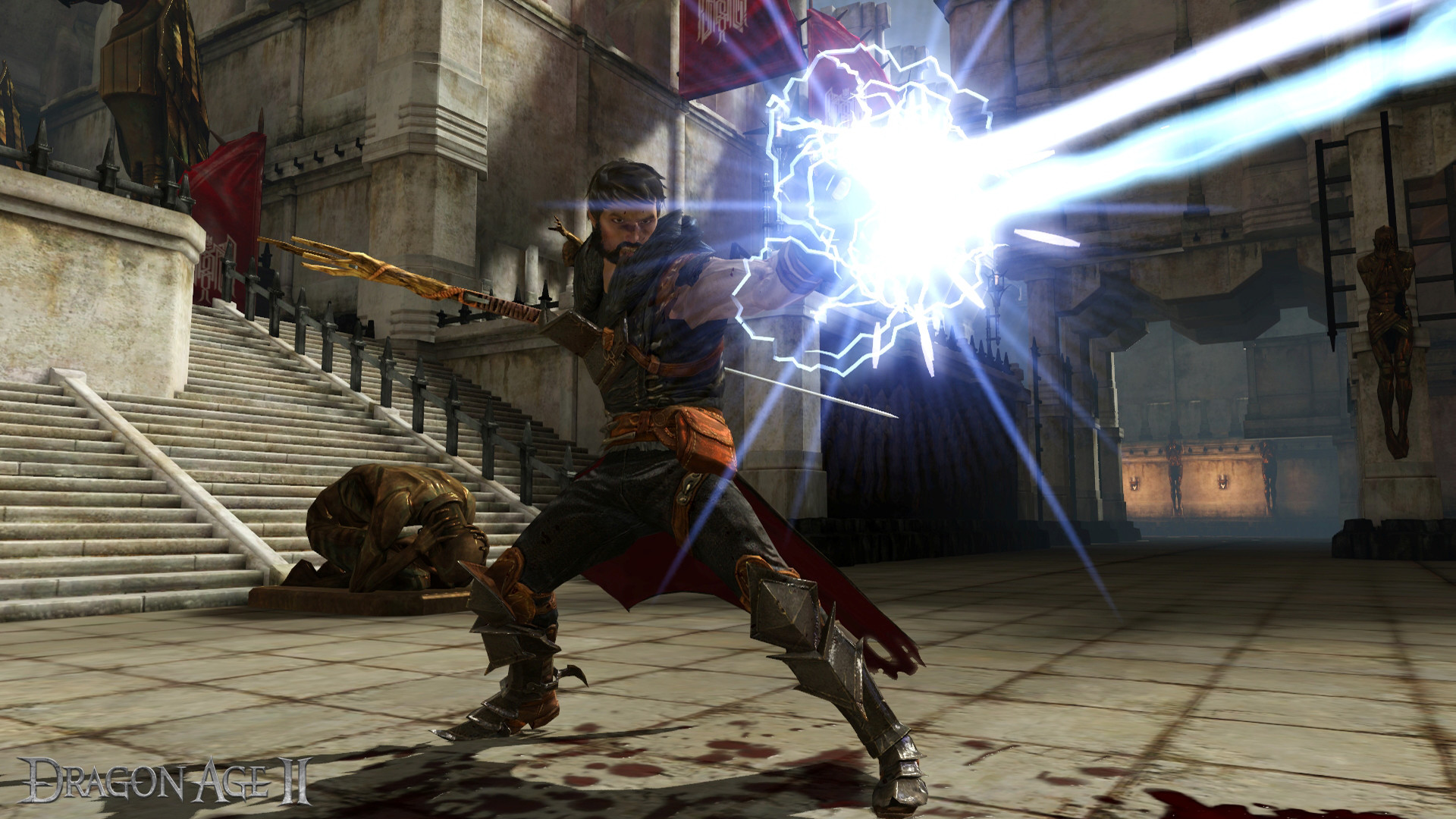 Relating to that, many NPC lines were cut that reacted to your actions or status. This includes characters reacting to Hawke being a mage, or if they had romanced your character in Dragon Age: Origins. Certain characters would even forget you, which makes sense considering the multi-year time skips between each Act.

Dragon Age II’s third Act is the one that feels generally the least polished. Gaider acknowledges that a lot was left on the cutting room floor there as well. These include alternate resolutions to whether you side with Meredith or Orsino, such as Meredith not using the Red Lyrium, or Orsino not abruptly turning on you even if you side with him. There was even a third ending considered where Hawke would brand both Meredith and Orsino insane and side with neither of them.

In terms of companions, a conversation where Hawke confronts Anders before he triggers the final Act 3 crisis was discussed. Varric was also in the picture as a romance option, which would have been fun to see. Finally, the original intro to the game was longer, allowing the player to get to know Carver, Bethany and Leandra more before the Darkspawn attack and drive the Hawkes to Kirkwall. It is a shame that one was not implemented, as it would have made your sibling’s death during the prologue more emotional if you had already grown attached to them by that point.

Finally, Gaider’s biggest regret over Dragon Age II was that the planned expansion, Exalted March, was cancelled. Exalted March would have expanded the game’s scope and reintroduced much of the cut content, like Awakening did for Dragon Age: Origins. Much of that content was fortunately folded into Dragon Age: Inquisition, which received a more robust development cycle and felt a lot more polished on release. However, the end result leaves Dragon Age II feeling like the “embarrassing red-headed stepchild”, according to Gaider. 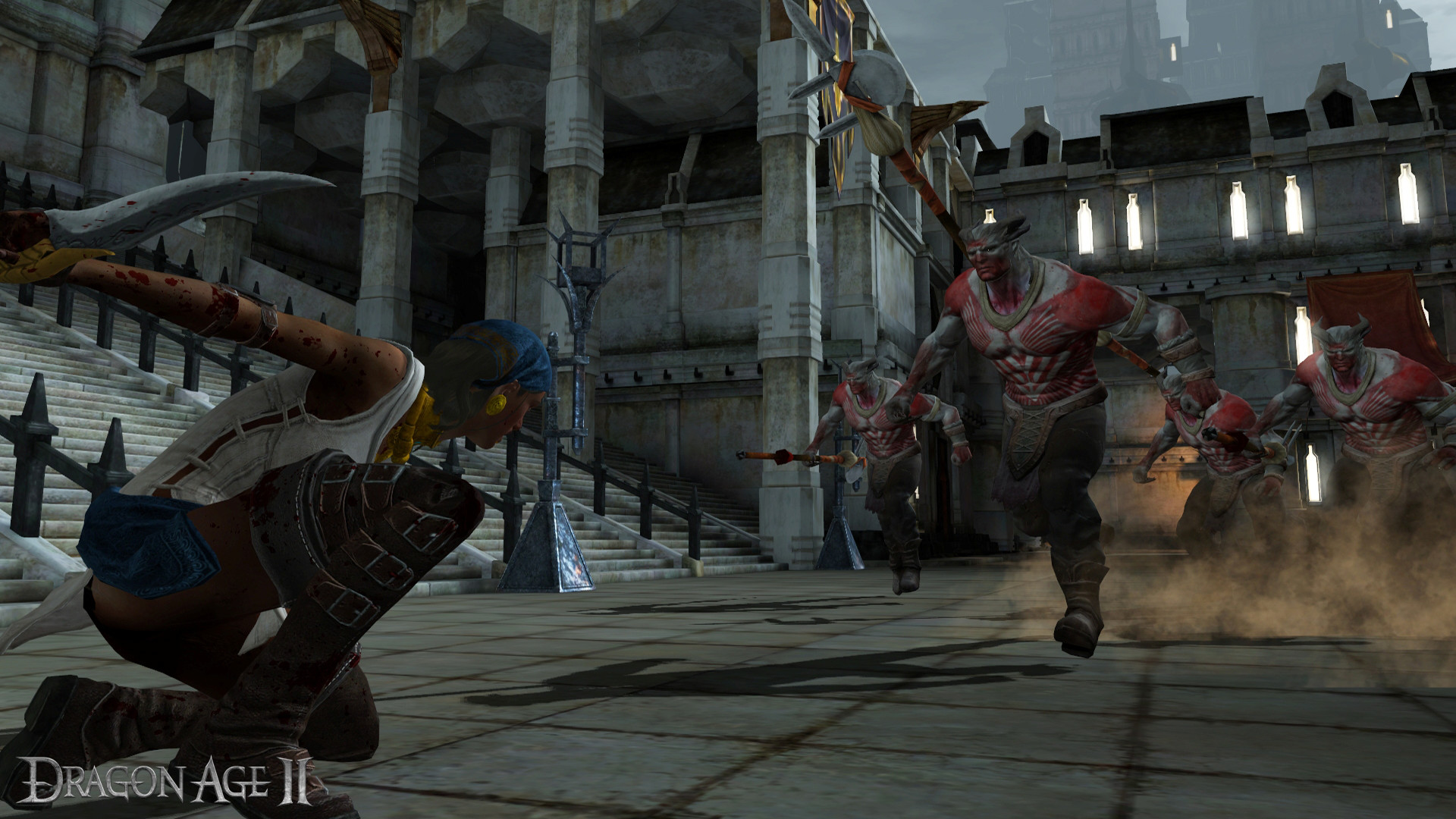 Unfortunately, despite its passionate fanbase, it’s unlikely that we will ever see a “Snyder Cut” of Dragon Age II. Publisher EA’s seems content to move forward with the franchise with the in-development Dragon Age 4. Furthermore, much of that cut content never moved beyond the concept phase due to the rushed development. Fans of Dragon Age II will have to remain satisfied with what it is, flaws and all.

Still, it is interesting to learn what could have been with some of BioWare’s past classics. For instance, we recently learned that one of Mass Effect 2’s squad members was to be romanceable by both male and female Shepards, until it was nixed late in development. Hopefully Dragon Age 4’s potentially tumultuous development will result in a worthy new entry for Dragon Age fans, whenever it eventually releases.