In a fun and kind of random announcement, Xbox has commissioned a series of quirky art pieces to celebrate the integration of Bethesda into the Microsoft family. ZeniMax Media, Bethesda’s parent company, was acquired for $7.5 billion last year.

We had some one-of-a-kind portraits commissioned in honor of @Bethesda joining the family and we’ll be posting them throughout the month! #NationalSiblingsDay

Here’s the first one: pic.twitter.com/NLpWkPl6Ey

“We had some one-of-a-kind portraits commissioned in honor of @Bethesda joining the family and we’ll be posting them throughout the month!” states the official Xbox Twitter page. The first artwork features a family portrait of HALO’s Master Chief and DOOM’s Doom Slayer, parodying the poster of the 2008 movie Step Brothers. It’s kind of adorable, if sort of random and eerie. More portraits are seemingly planned, likely featuring more crossovers between famed Microsoft and Bethesda icons. 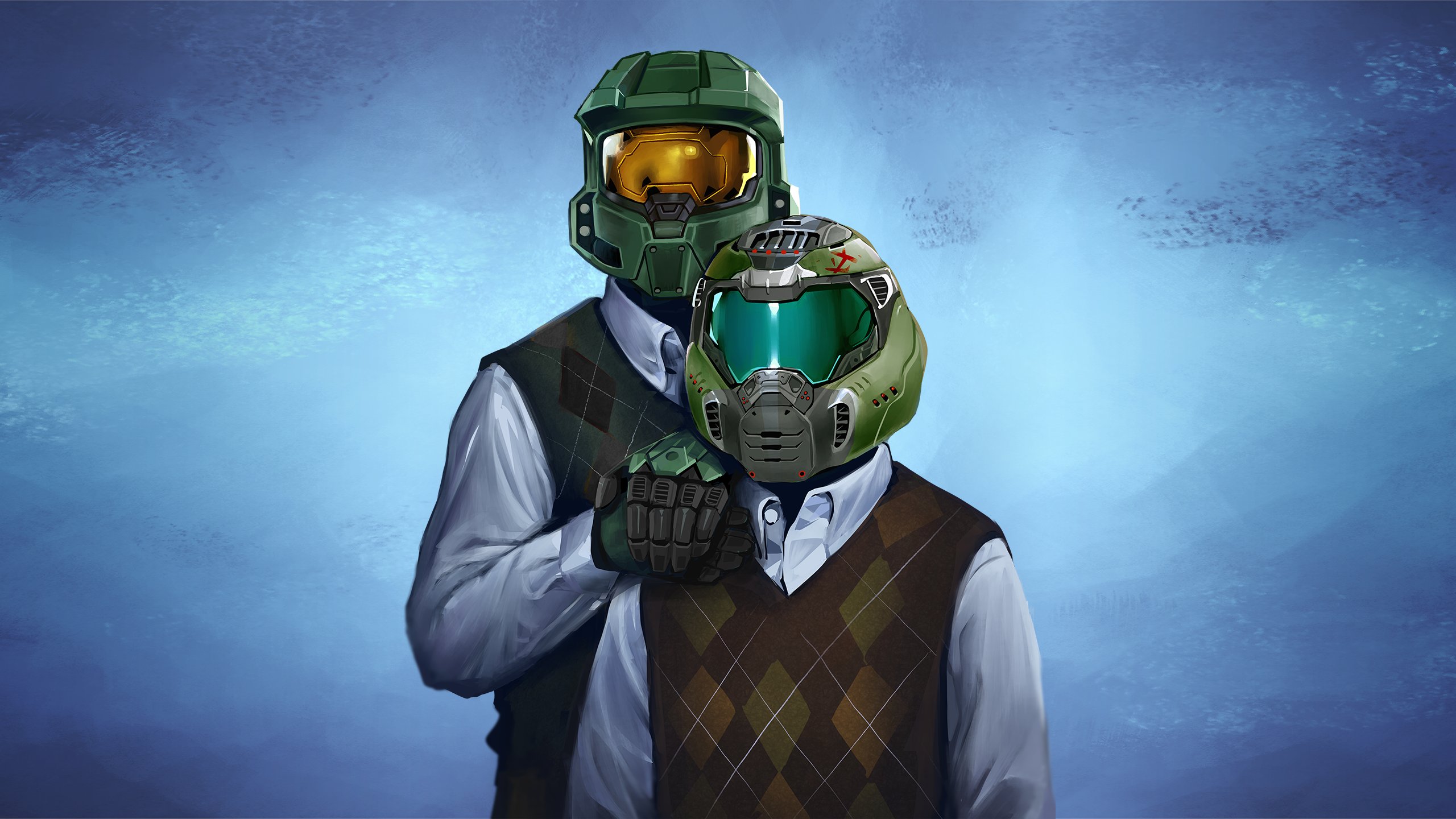 Who knows what more combinations will come next? Marcus Fenix fighting one of Fallout’s super mutants? The Dragonborn setting sail in King of Thieves? The possibilities abound, and we will see more of them over the coming weeks. Having officially welcomed Bethesda into the family last month, Microsoft evidently has many plans for its new subsidiary.

It has begun by releasing many notable Bethesda titles for Game Pass subscribers. Many upcoming Bethesda titles will continue to release on other platforms, such as the recently-delayed PS5-exclusive Deathloop. Over the next few years, it is likely that more of Bethesda’s games will be exclusive to Microsoft’s platforms, strengthening their new association. Honestly, it’s pretty great that the companies are having some fun with one of the most notable acquisitions in video game history. I look forward to seeing the rest of these fun crossover portraits as Microsoft proceeds with incorporating Bethesda into its brand.