Diablo Immortal, the free-to-play mobile spin-off of the beloved class-based dungeon-crawler series that some people thought was a practical joke when it was announced now has a final release date. The game has been in closed beta on mobile for a while, steadily receiving new classes and updates. What may intrigue sceptical fans is the new confirmation that it is also coming to PC.

According to Blizzard,  the team “went back and forth” on whether to bring Diablo Immortal to PC or not. PC is Diablo’s ancestral home and where most of the series’ fans play the games. However, the developers were understandably concerned that they “wouldn’t be doing the title justice” by porting a game designed for mobile to the considerably more powerful PC. In the end, they decided to officially bring it to PC on the basis that they “knew many of you would attempt to play this game through an emulator, thus leading us towards building a better experience“.

To make Diablo Immortal feel at home on PC, several alternate control schemes have been included. In addition to a mouse-only play-style reminiscent of the touch screen controls on mobile, players can move around with WASD, or even plug in a controller. Controls are also fully rebindable, to give players more options. 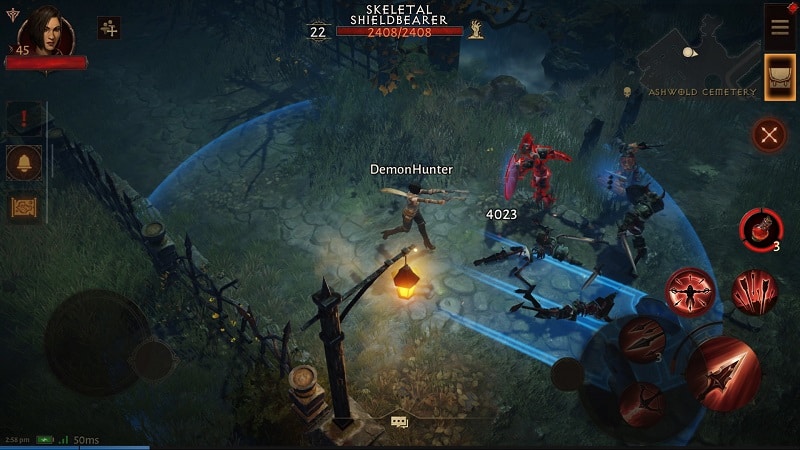 Both the PC and mobile versions of Diablo Immortal will feature cross-play and cross-progression. As such, not only can both platforms interact in multiplayer, players can swap between them without losing progress. While both versions will release for free on the same date, the PC version will remain in open beta for a while as Blizzard continues to tinker with it and receive feedback.

Diablo IV, the fully-fledged premium instalment for PC, is still in the works. Blizzard also recently merged with Vicarious Visions, who may now be working on supporting Blizzard with development on the Diablo series. Blizzard remains locked in a maelstrom of controversies relating to its treatment of its employees, most recently a lawsuit filed by a deceased employee.

Diablo Immortal will release on mobile devices via the App Store and Google Play Store, and on PC via the Battle.net client, on June 2nd 2022.