Large video game studio acquisitions have certainly been a big part of the news cycle for the last couple of years, however we’ve just seen the biggest one to date. Announced by Xbox themselves, the entirety of the Activision Blizzard family including mobile developer King, Call of Duty developers Treyarch, Sledgehammer, and Infinity Ward, and Crash/Spyro developer Toys for Bob are now all within the Xbox family. 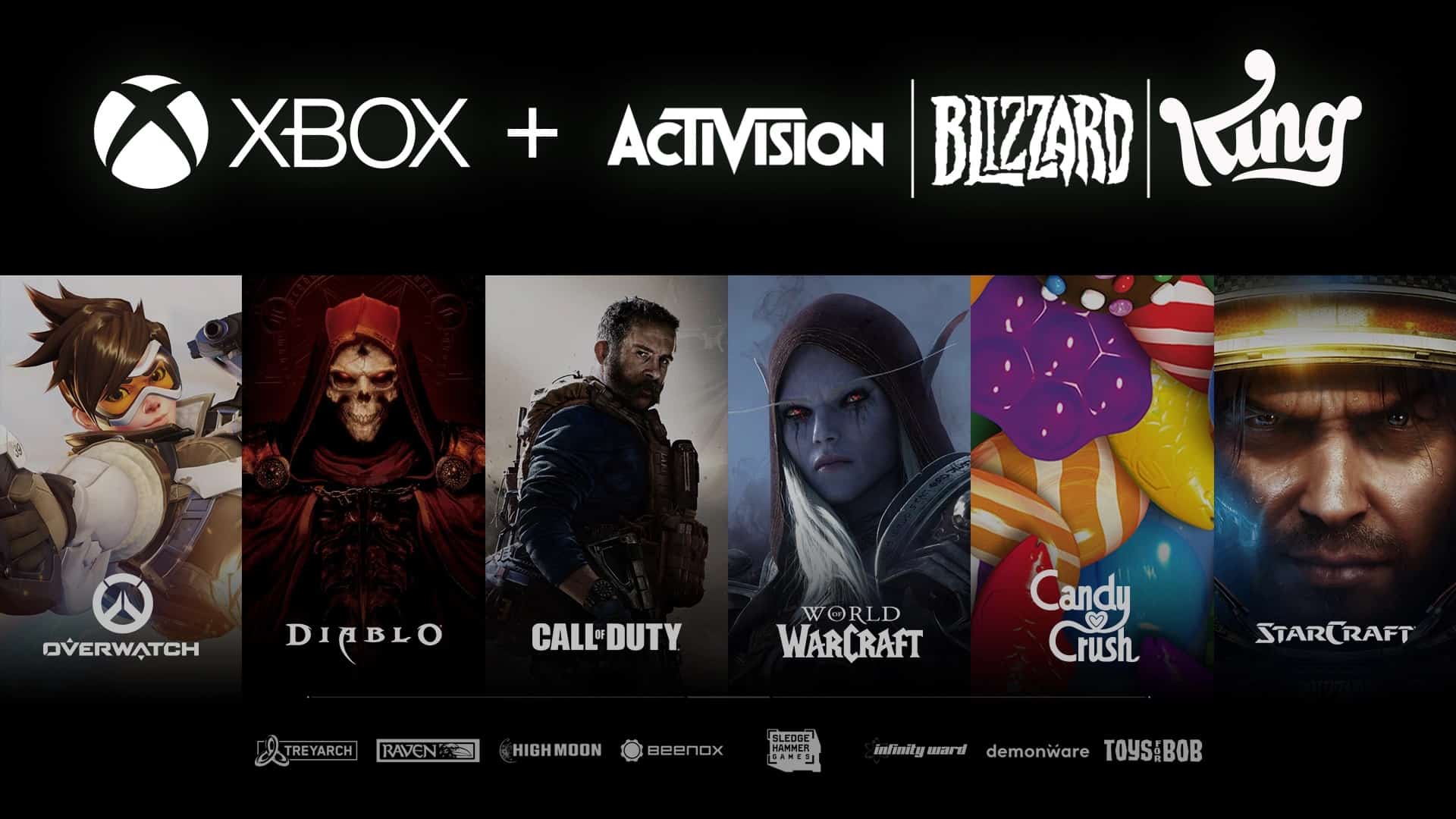 Part of this monumental acquisition is that more games will now be heading to Game Pass for Xbox and PC. “Upon close, we will offer as many Activision Blizzard games as we can within Xbox Game Pass and PC Game Pass, both new titles and games from Activision Blizzard’s incredible catalog”, read the official announcement article. The deal will also apparently “accelerate” Microsoft’s plans for Cloud Gaming to support mobile as a platform for the studio.

The deal is huge and obviously raises concerns about media consolidation. Similar to the reaction of when Disney acquired Fox, many are saying this Activision Blizzard acquisition is one step closer to monopolisation of the industry. Of course, we all know that competition drives innovation and consumer-friendly practices, so the fear of only a small handful of companies owning such a large percentage of the gaming market is of concern. Does this acquisition mean that other big players in the industry including Sony, Nintendo, or Tencent begin looking at their next move to stay relevant? Or perhaps the real fear comes from other tech companies such as Google, Apple, or Amazon muscling their way into the gaming space with a huge purchase.

It’s been no secret that Activision Blizzard has been facing a lot of problems with workplace culture and reputation after a very public lawsuit brought some troubling truths to light. It will be interesting to see how that workplace culture evolves now that the studios are all under the Xbox banner. Within their announcement, Microsoft addresses the issues of inclusivity and culture directly.

“As a company, Microsoft is committed to our journey for inclusion in every aspect of gaming, among both employees and players. We deeply value individual studio cultures. We also believe that creative success and autonomy go hand-in-hand with treating every person with dignity and respect. We hold all teams, and all leaders, to this commitment. We’re looking forward to extending our culture of proactive inclusion to the great teams across Activision Blizzard.”

No doubt over the coming days and weeks we’ll see responses and thoughts from the Activision Blizzard staff, including those who protested, signed petitions, and walked out of the studio. Bobby Kotick, the CEO of Activision Blizzard, has been pressured to resign ever since information surfaced that he allegedly knew of malpractice at the studio but swept it all under the rug. His position feels a lot more tenuous now that there’s a bigger boss above him calling all of the shots. What happens to Kotick is yet to be seen.