It is safe to say that Tom Clancy’s Ghost Recon: Breakpoint has been something of a breaking point for Ubisoft. While not a broken mess like WWE 2K20, its repetitive, bland gameplay and lack of identity has led to poor critical reception and its publisher rethinking its plans for the future. However, Ubisoft isn’t going down without a fight, and has plans to fix Breakpoint over time.

In an official update, the developers behind the game admit that the games first few weeks “have been rougher than expected“, and that they are taking player feedback to heart. The developers will first and foremost be focusing on improving the game’s technical state. While the game has already received a major patch, the upcoming TU1.0.3 patch in mid-November is set to “include further improvements and updates on the most pressing community feedback”.

Ubisoft also discussed some of the post-launch content set to release later this year. This includes Project Titan, Breakpoint’s first ever Raid, which will release in mid-December. Shortly after that, the Terminator Live Event will be available. Although these events have launch windows, no specific dates have been stated yet, in order for the developers “to remain agile and flexible”.

Ubisoft also plans to alter the in-game economy of Ghost Recon: Breakpoint in response to player criticism. This will likely make the game less grindy and hopefully more fun to play.

Ubisoft’s final aspects of its plan to salvage Ghost Recon: Breakpoint’s reputation involve introducing AI party members and making the game feel more open to experimentation. At E3 2019, AI party members were promised to be included in Ghost Recon: Breakpoint. The base game supports 4 player co-op, or can be played solo. The developers state that “adding back AI Teammates to the game is a major undertaking that will still require time”. As such, players who want a squad and but don’t want to play multiplayer may have to wait a while. 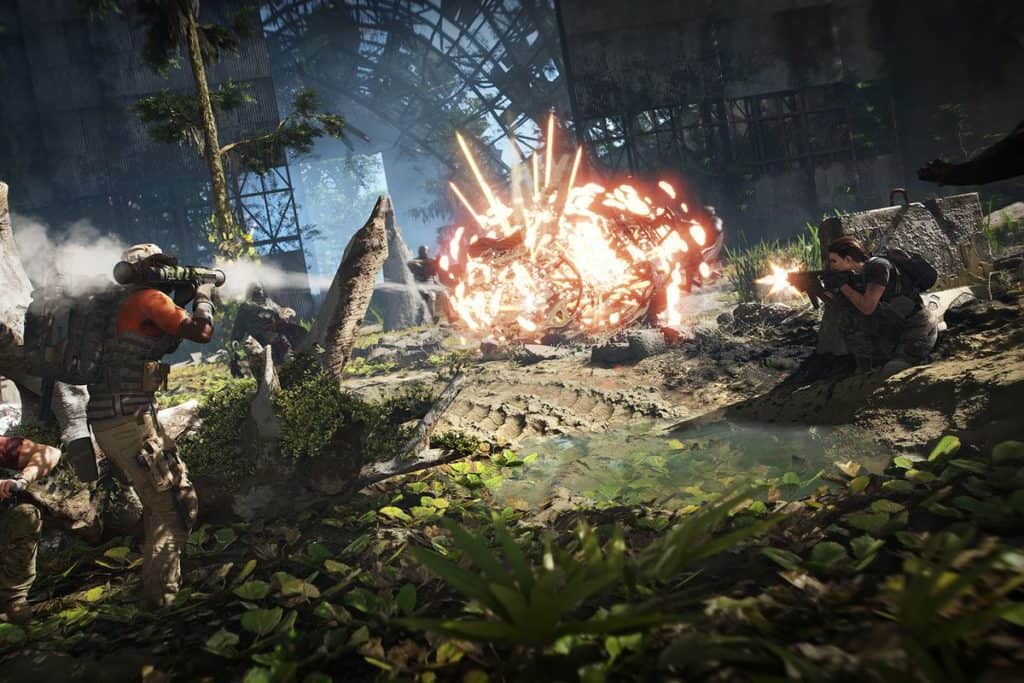 Finally, Ubisoft ackowledges that many of the gameplay changes in Ghost Recon: Breakpoint were very polarising. As such, the developers want to steadily make Breakpoint feel more open and include more “freedom of choice”. This will involve making elements like the game’s tiered loot system and survival mechanics more adjustable according to preference.

It is certainly brave of Ubisoft to try and keep Ghost Recon: Breakpoint on life support. The game received such a tepid reaction that few would blame them if they wanted to wash their hands of it. However, Breakpoint was pitched as a live service game, so credit to the developers for at least trying to improve their service.

We have seen many live service games recently, such as Anthem and Fallout 76, struggle to repair their troubled reputations through successive patches. Successful redemption stories, such as No Man’s Sky, exist, but are few and far between.

Hopefully, Ubisoft can turn things around with Ghost Recon: Breakpoint and make it a game worth playing.